This story begins with a walk up the stairs of the observation tower at Rogers Refuge, on the other side of Princeton from Herrontown Woods. The usual reward for climbing the stairs is a fabulous view of the expansive marsh at the heart of this bird sanctuary, usually enjoyed in solitude. 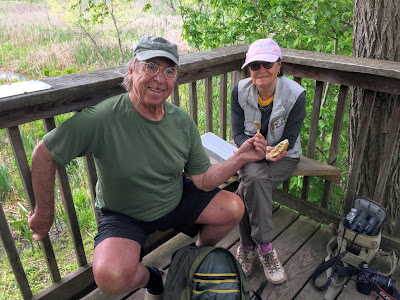 This time, I found a man named Bob enjoying lunch with his companion. He showed me the morel mushrooms they had just collected, and we got to talking.
That day, May 11, had already been packed with serendipitous encounters. In the morning we had met with a yoga instructor to discuss logistics for hosting yoga classes on the grounds of Veblen House. Afterward, while meeting with an architect, we ran into a couple actors who would later visit Herrontown Woods and stage a wonderful performance there called "Among Trees". Then I ran into a preservationist who turned out to have a hay barrack that could potentially replace the one that used to stand near Veblen House.
Now, at the top of the observation tower on that highly charmed day, I learned that Bob was Bob Lester, whose involvement in Princeton environmentalism includes having done some of the bird counts while Charles Rogers, for whom the Charles H. Rogers Wildlife Refuge is named, was still around. 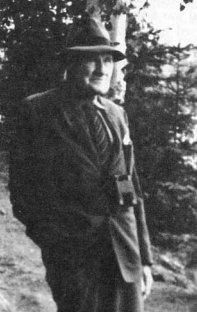 That's a deep connection there, because Charles Rogers was a man of Oswald Veblen's generation, living from 1888 to 1977. Rogers took part in the first Christmas bird count ever conducted, back in 1900 in NY's Central Park. Having graduated from Princeton University, he returned in 1920 after a stint at the NY Museum of Natural History to become a curator and teacher in the biology department. Rogers surely would have known nature enthusiasts like the Veblens. 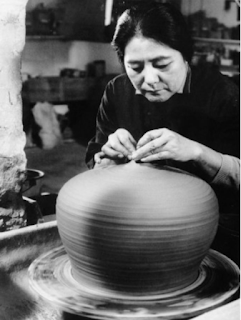 Bob also told a story that had an unexpected connection to Herrontown Woods. There's a renowned ceramist named Toshiko Takaezu who lived in Princeton for many years. Like Bob, she would forage for wild mushrooms. Usually mushroom hunters are secretive about where they do their hunting, but at some point Bob offered to show Toshiko where morels grow in the Institute Woods. In return, he asked that she show him where she gets the clay for her pots.
Turned out that Toshiko had dug her clay at Herrontown Woods. Bob says he doesn't remember where in the woods he took her, but his story will certainly add interest to any excavated area we find in the future.
Not being shy about sending people emails from out of the blue, I contacted the Toshiko Takaezu Foundation for more info about where Toshiko sourced her clay. Don Fletcher sent a nice response

Thanks for the note! Those woods were a lovely place of refuge for many of us during our student days! Thanks for taking care of them.

Yes, Toshiko was an eager and expert mushroom hunter. I am sure that Toshiko would have gladly taken up an offer to hunt mushroom in the Institute Woods. So I have no reason to doubt the story at all.

Where she got her clay depended on the year. The clay recipe we used when I was taking classes (69-74) was heavily made up of Jordan Stoneware Clay which was (if memory serves…) mined in New Jersey. That source was exhausted by 1980 or so and she shifted to other recipes. In the 80s she also experimented with adding red clay dug from her property in Quakertown, NJ. This clay was high in iron and melted at a low temperature so it could only be a minor addition to give the clay body a richer color.

We still use her “post-Jordan” recipe at the studio, by the way.

Toward the end of her life she had helpers up at Skidmore College mixing her clay at loading her station wagon, when she would give her frequent workshops there. I have no idea whether that recipe was the same or a different one. 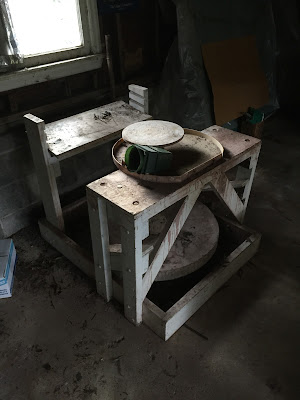 Through a more recent bit of serendipity, our Friends of Herrontown Woods has acquired a potter's wheel. Given that Herrontown Woods was once a source of clay for a potter of Takaezu's stature, it seems appropriate to put it to some sort of use. The wheel, protected from the weather, is currently being kept in our Botanical Art Garden.
Here's a video that shows Toshiko at work, making her uniquely shaped pots. 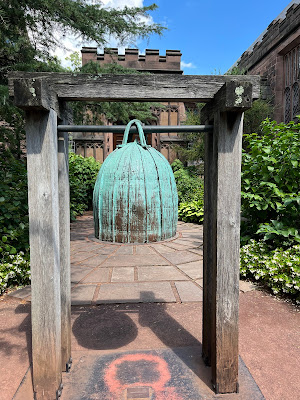 One of Toshiko's creations was installed next to Pyne Hall on the campus of Princeton University. 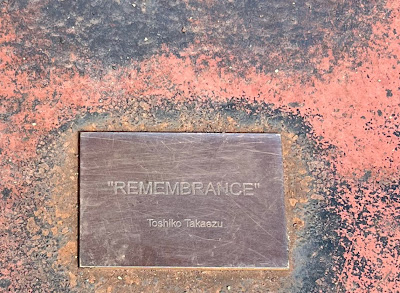