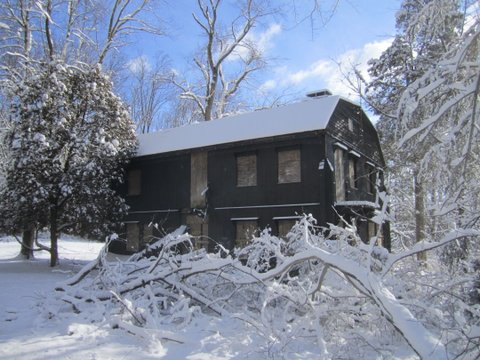 The Veblen House is a 1920s prefab brought to Princeton by J.P. Whiton-Stuart around 1930 from New York or Morristown, NJ, and then worked on by a Russian cabinet maker for a couple years, before being bought by the Veblens, who already owned the 1870s farm cottage nearby. 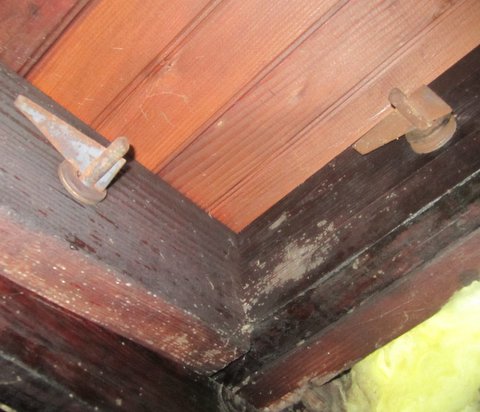 An architect has described the house as "wonderful and unique".

Rosemary Thornton, of SearsHomes.org, described the house in this way, after seeing these photos, "It’s definitely not a Sears House, nor is it a kit house from any of the other national companies (Gordon Van Tine, Montgomery Ward, Harris Brothers, Lewis Manufacturing, etc). I’ve never seen fasteners like that. Pretty interesting. And the chestnut woodwork is really remarkable, but I have never heard of a kit home with chestnut trim!"

The photo shows how sections of the attic were connected. 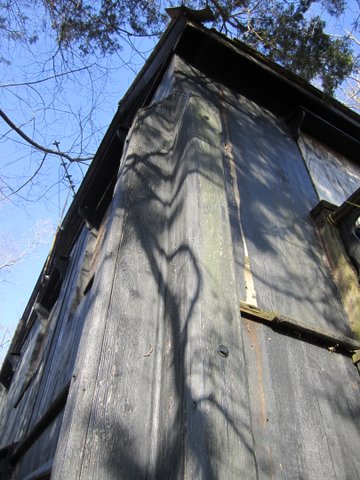 Each corner has hollow pillars. One of the bolts holding the house together is visible, partway up. 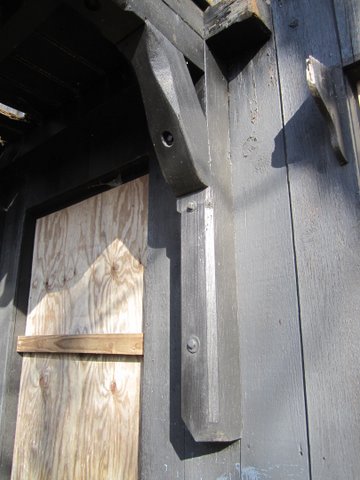 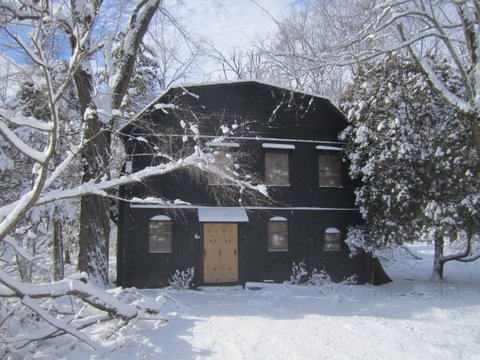 It's possible that the roof was added after the rest of the pieces of the house were brought to the site. 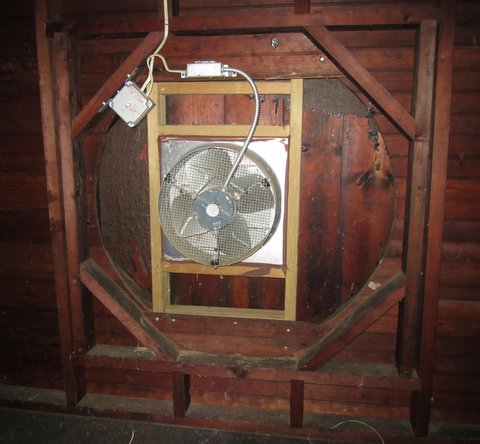 Up in the attic are frames, two at each end, that may have once held octagonal windows or possibly screens for passive ventilation (the fan having been added later). Air could pass from room to room and floor to floor via small vents in the ceilings and walls.

Below is some information about the house's original owner, J.P. Whiton-Stuart. He had a colorful life, dropping out of Harvard after a year, then traveling around the world before a successful career selling Manhattan real estate, after which he moved to a cattle ranch in Arizona. His move to Princeton, with Mary Marshall Ogden and two children, came later.