Informal Tour and Workday at Veblen House This Sunday, 2-5pm 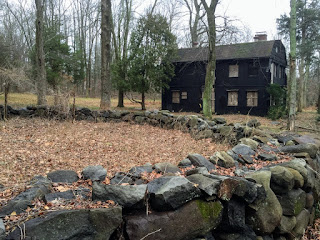 (Also posted at PrincetonNatureNotes.org)
Stop by the Veblen House this Sunday, March 13, 2-5pm, where we'll be having a work day and can give you a tour of the grounds. The tour consists of telling stories about the many features of the grounds, and the remarkable people who lived there. Some projects are putting protective cages around the pawpaw seedlings in the pawpaw patch, clearing sticks and brush from ditches, and digging shallow diversions to divert runoff from the trails.

We'll provide cider and cookies, and I'll have "live stakes" of native elderberry, buttonbush and silky dogwood for anyone wishing to take one home to grow in the yard. Kids welcome.

For those wishing to "dig in", bring a shovel along if you have one handy.

Directions: Reach the Veblen House by entering the gravel driveway across from 443 Herrontown Road in Princeton (look for Rotary sign wrapped around a tree), or by taking the trail from the Herrontown Woods parking lot up to the farm cottage (cedar shingle siding) and taking a right through the fence. Veblen House appears as a small white square on this map, north of the parking lot.
Posted by Steve Hiltner No comments: 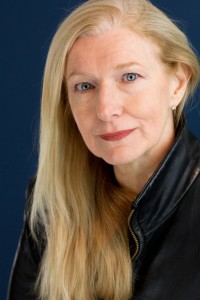 On March 10 and 20 in Trenton, one of my teachers in the acting world, June Ballinger, will be performing a monologue she wrote about her mother, who worked at Bletchley Park supporting the work of mathematician Alan Turing to decode the Nazi's Enigma machine. Lest we think that mathematicians and other intellectuals aren't central to a nation's destiny,  here's a testimonial to the impact the work of Turing and others at Britain's decoding center had on the war:

"Turing played a pivotal role in cracking intercepted coded messages that enabled the Allies to defeat the Nazis in many crucial engagements, including the Battle of the Atlantic; it has been estimated that this work shortened the war in Europe by as many as two to four years.[6]"

Turing wrote his thesis during two years in Princeton in the 1930s, under the direction of Alonzo Church, a former student of Oswald Veblen's.

Though made famous by the movie The Imitation Game, Turing's decoding work was kept secret long after WWII. June's mother and other employees were sworn to secrecy by Winston Churchill.

June interviewed her mother, wishing to learn about this exciting and pivotal time in her life. She has used the interviews as material for an extended monologue. June is usually wrapped up in her role as Artistic Director of Passage Theatre in Trenton, so this is a great and infrequent opportunity to witness her extraordinary talent in a role close to her heart.

"An 80-year-old former British code breaker attends a Remembrance Day service in England. She looks back on her life and the secrets about her work and identity that she has held for over 50 years. Will she ever be truly known by her children? How will she be remembered?

Written and performed by June Ballinger and inspired by her mother’s work at Bletchley Park during WWII. Directed by Janice Goldberg."

June Ballinger's Remembrance is part of a series of monologues being presented through March 20th. If you've never been to Passage Theatre, it's in a beautiful historic building easily accessed from Route 1. (directions)
Posted by Steve Hiltner No comments: 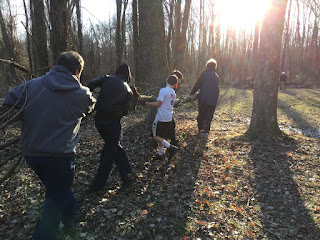 Spring cleanup came early to the Veblen House grounds this year, thanks to twelve local cubscouts and boyscouts, plus parents. They cleared away fallen branches, large and small, while learning about the history of the house and checking out the edible native species we've reintroduced to the site: pawpaws, butternuts, hazelnuts, and American chestnuts. 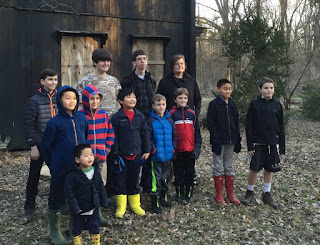 The workday was organized by Adrienne Rubin and facilitated by a beautiful Sunday afternoon. The Friends of Herrontown Woods is grateful for the scouts' efforts, and the opportunity to work with kids in this setting where nature and culture come together.
Posted by Steve Hiltner No comments:

1932-The Whiton-Stuarts Move to Princeton

Why the Whiton-Stuarts, soon-to-be builders of Veblen House, moved to Princeton in the 1930s is still a mystery, but a few possible leads can be found in this snippet of Princeton's 1932 phone book, which shows them first living on Alexander Rd. Yes, if you catch the history bug, even a phone book can become a satisfying read, all the more so because they used to list occupation, like "prof", "student", "mgr restr", and, in Whiton-Stuart's case, "real est".

We know that prior to his and his wife's moving to Princeton, Jesse Whiton-Stuart had lived 58 years in a peripatetic style. Born in Jersey City, educated in Manhattan by a tutor, he dropped out of Harvard after a year to travel the world in the 1890s, had shown particular interest in mathematics, become wealthy selling real estate in New York before heading to Arizona to run a cattle ranch, showed up in Morristown, NJ, living with his wife and two kids in 1920, and was an accomplished marksman and horseman. We know that he shared with Oswald Veblen a love of mathematics, buildings and the outdoors. We also know that Princeton was home to some prominent Stuarts, though no direct familial relationship has yet to be found.

One motivation to move to Princeton in the 1930's was suggested to me in a chance conversation at a party I attended recently in a house on Alexander Rd, next to McCarter Theater and also, coincidentally, next door to where Oswald Veblen first took up residence in Princeton in 1905. Universities might have been a refuge of sorts during the Great Depression, less affected by the economy's nosedive in 1929.

In Princton in 1932, Whiton-Stuart would have found a mathematics department coming into its golden age, with Veblen as chair. Fine Hall, largely designed by Veblen and later described by Sylvia Nassar in "A Beautiful Mind" as "the most luxurious building ever devoted to mathematics", had just opened up. Jesse might well have stopped by for tea--a tradition begun by the Veblens to facilitate interaction among faculty and students.

That year, the Institute for Advanced Study would open up, with Veblen as its first faculty member and Einstein its second, housed for the first few years at Fine Hall. Early concepts for computers were beginning to hatch. Among the "pillars of computer science" at Princeton in 1930 were Oswald Veblen and his former student, Alonzo Church, who in turn would oversee the brilliant dissertation of Alan Turing from 1936 to 1938. Turing became widely known in the 2015 movie, The Imitation Game, for his work in WWII to decode the Nazi's Enigma machine. It's hard to imagine that Whiton-Stuart was not drawn to Princeton at least in part by the mathematical mecca Veblen had done so much to foster.

But this post was intending to point out how much history is packed into that one snippet of the Princeton phone book that Jesse and his wife Mary joined in 1932.

First is Donald C Stuart, professor of dramatic arts at Princeton, and director of the Triangle Club when McCarter Theater opened in 1930, with budding actor Jimmy Stewart performing in the Club's first ever musical comedy, The Tiger Smiles. We can also speculate that he is the father of Donald C Stuart, Jr who founded Princeton's Town Topics, and whose wife Lucile developed a strong interest in native plants.

Duane R. Stuart was in the Latin department, came to Princeton in 1905, the same year as Veblen, and lived next door to him on Battle Road. Interesting that a Stuart lived next door to Veblen. Whether he's related to Whiton-Stuart's step-father is something to explore.

There are some interesting stories about Earnest C. Stuekelberg, whose residence in 1932, at 106 Alexander, is one of several recently sacrificed for the new arts and transportation center now being built on campus. A gifted Swiss mathematician who resided only a couple years in Princeton, he is described as having made many discoveries for which others were given credit. Wikipedia states that his work went unrecognized until the 1990s, and refers to "several Nobel Prizes awarded for work that Stueckelberg contributed to, without recognition". Even his first name was replaced by a stand-in. In case there's any importance to not being Earnest, his first name was actually Ernst. The Swiss, at least, celebrated his 100th birthday.

Others looked up, from that page of the phone book:

Wilbur W Swingle was a biology professor who, in this article, is described as having discovered that frogs cannot survive in "heavy water".

William J Stratton, Stony Brook Riding Club (any reference to horses can be relevant, given Whiton-Stuart interest in them.)