Opportunity to give input on Princeton Ridge and Veblen House

The deadline's tomorrow (Saturday, Nov. 30) for giving your input on a town-funded survey of citizen's priorities for the Princeton Ridge corridor, including Herrontown Woods. The survey includes a text box where you can, if you wish, mention Herrontown Woods specifically, and the initiative to turn the Veblen House into meeting space and a nature center.

The Rotary Club of Princeton, in collaboration with the Friends of Herrontown Woods, has submitted a proposal to Mercer County requesting access to the Veblen House and farmstead in order to begin fixing them up and put them to public use.

Below is the text from an email received from Friends of Princeton Open Space (FOPOS), describing the survey and initiative:

The Princeton Ridge East Conservation Area Partnership is developing a comprehensive stewardship plan.  Input from the public is essential to manage this vital natural area, which now includes 600 acres of protected lands.

A simple online survey seeks feedback on land stewardship, forms of recreation to be permitted, and essential facilities.  Please complete the online survey by November 30, 2013!

The Princeton Ridge is a unique ecological area in Mercer County that extends westward from the Millstone River and the Delaware & Raritan (D&R) Canal State Park across the northern part of Princeton Township into Hopewell.

For more than 50 years, the Ridge’s forest and wetland habitats have been identified as among the most important and environmentally sensitive areas in the region. Its mature forests are home to numerous endangered and threatened species, among them the Wood Turtle, Eastern Box Turtle, Cooper’s Hawk and Barred Owl. 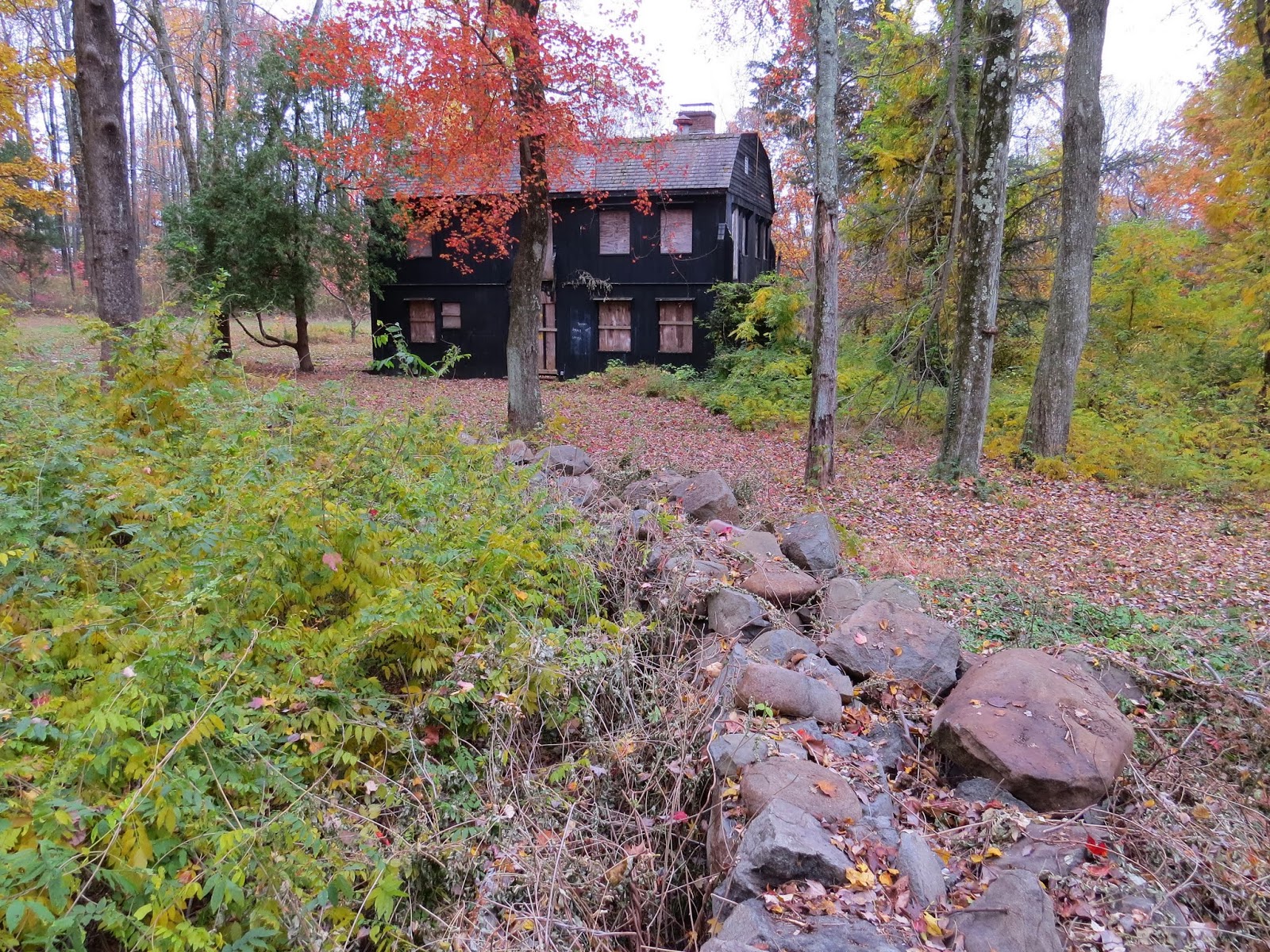 Come join a nature walk this Saturday, Nov. 30, at 1 pm along the newly renovated trails at Herrontown Woods. Along the way we'll visit the Veblen House and Cottage, where volunteers have recently uncovered the circle of stones called a "horse run", 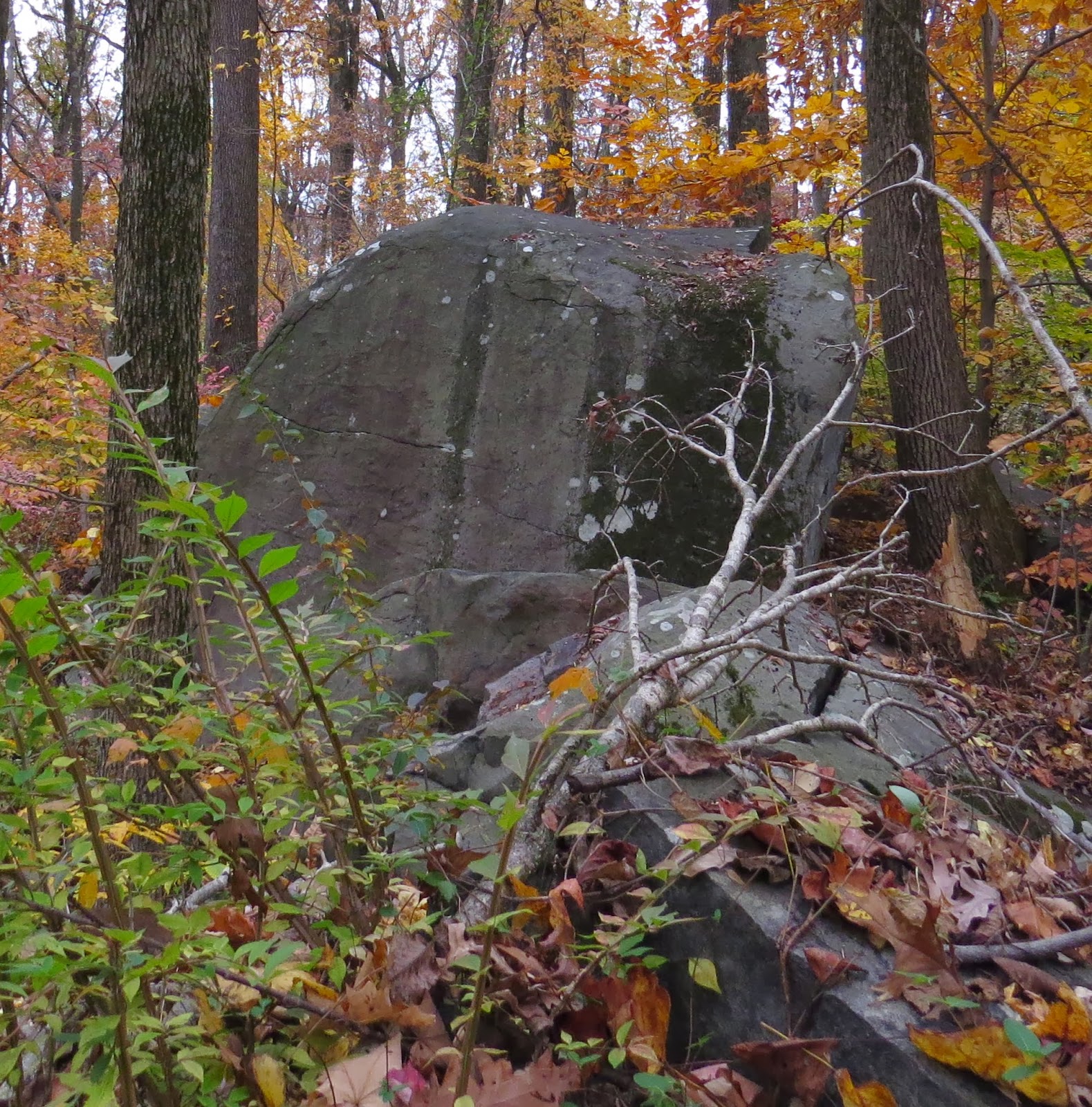 hike the boulder fields of the Princeton Ridge, visit a quarry site, 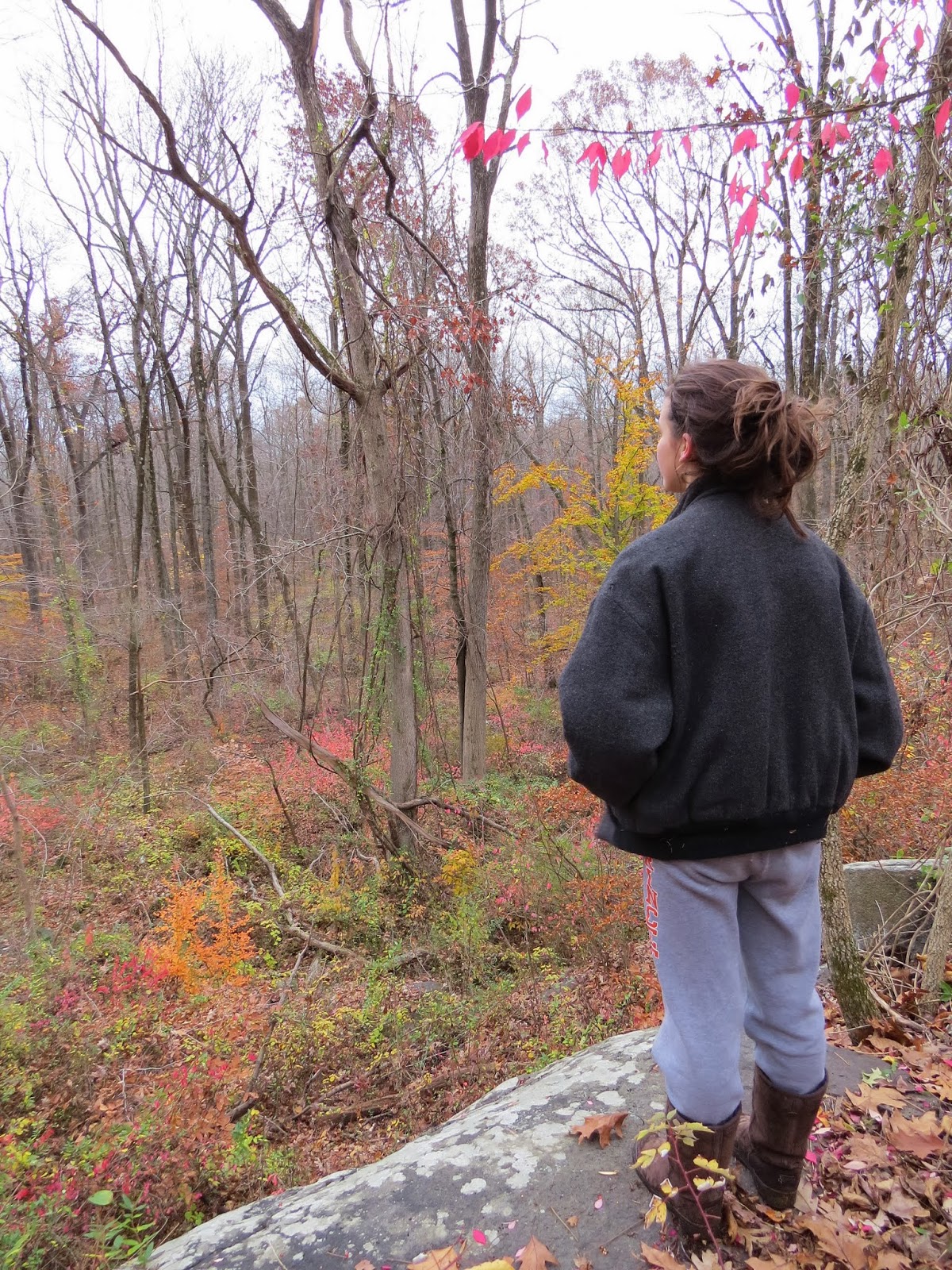 and look out across the valley from a newly rediscovered bluff. Dress warmly, and enjoy the light-filled forest.

Meet at the Herrontown Woods parking lot, down a deadend street across Snowden Lane from Smoyer Park (near where Snowden ends at Herrontown Road) (This map may help if you zoom out, using the +/_ in the lower right hand corner)
Posted by Steve Hiltner No comments:

The World Chess Championship is underway, and we have a couple Veblen connections. One is Jon Edwards, a local chess master who first illuminated me on Veblen's role in early computing. Jon's article on "A History of Early Computing at Princeton" can be found here. Tonight and next Saturday, Nov. 23, from 7-8, Jon is co-leading a review of each week of the championship play at Princeton Public Library.

My friend Teresa originally put me in touch with Jon. Here's what she wrote:


"You might want to connect with Jon Edwards, who wrote the article you link to. He organized the Turing centennial (along with Bob Sedgewick). Jon knows a lot about the history of computing at Princeton. He is also a chess master and has a bit of an empire of self-published chess books. Interesting guy, Jon, and also one of the world's most decent human beings."

As it happens, the championship is a 12-game match with Norwegian chess superstar Magnus Carlsen challenging World Chess Champion Viswanathan (Vishy) Anand of India. When I checked in, the Norwegian was leading 4 games to 2.

An internet search for any mention of Veblen's interest in chess, or lack thereof, yielded an interview of Jack Levine, who reminisces about the era of the 1930s, when Fine Hall was the center of mathematics at Princeton, and perhaps the center of gravity of the mathematical universe as well. Edmund Landau and John Vanderslice, a student of Veblen's, are said to have been good chess players, but no mention of Veblen himself taking an interest. Landau appears to be unrelated to the Landau's woolen store in Princeton, the back of which serves as the only permanent exhibit of Einstein memorabilia in town. 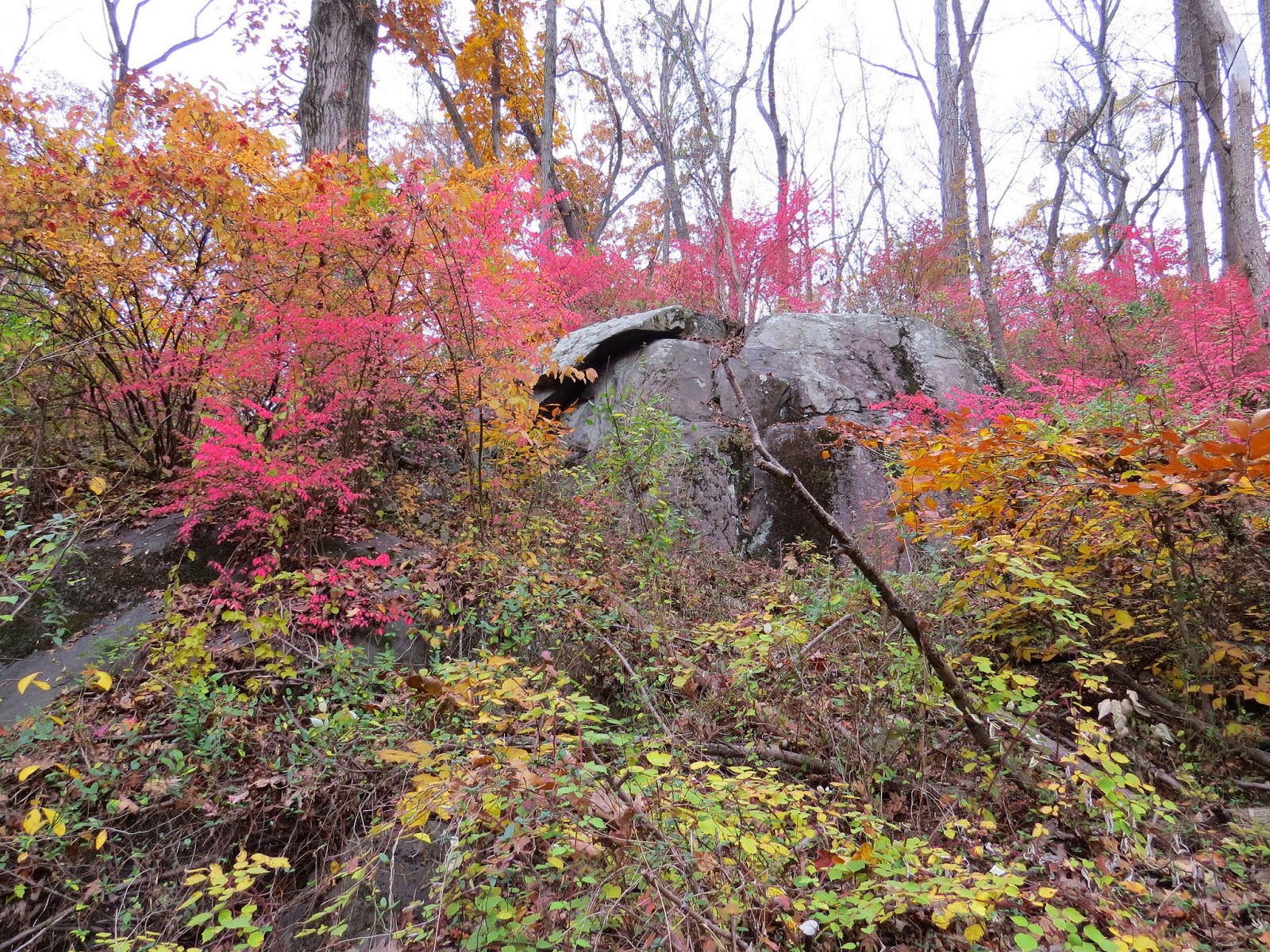 One of the most exciting aspects of restoring Herrontown Woods after so many years of laissez faire is the rediscovery of natural treasures long obscured by downed trees and invasive undergrowth. Autumn's leaf fall has been unveiling even more of this boulder-strewn landscape's long lost secrets.

A week ago, walking the yellow trail, I glanced up the slope of the Princeton ridge and saw what looked like a rock bluff larger than any others I'd seen thus far. The thought of returning to approach it from the top of the ridge had since slipped my mind, when today, by chance, I passed a man in town on Ewing Street who was looking with great curiosity at the historic house near the intersection with Harrison Street. I stopped and told him that Thomas Jefferson had reportedly slept there, back in 1783, when the nation's capitol was based briefly in Princeton's Nassau Hall. During that time, George Washington had commuted by horse from Rockingham, passing close by Herrontown Woods on Mount Lucas Road. I mentioned the Veblen House, and the man said he used to hike in Herrontown Woods back in the 1980s. He said that someone, maybe a squatter, had lived in the Veblen cottage for awhile, and that there was a 30 foot cliff just off the red trail.

I returned in late afternoon today to search for the cliff. Using clippers to cut through the dense tangle of multiflora rose and winged euonymus, as if playing the role of the prince in a nature version of Sleeping Beauty, I finally approached the top of the cliff. The view out over the woods, still brightened by autumn colors, was breathtaking.
Posted by Steve Hiltner No comments:

For lack of a gardener to keep things in balance, some of the remnant plantings of Elizabeth Veblen's gardens have been running wild. Fall colors reveal the way wisteria, which once modestly climbed an arbor behind the Veblen House, has long since gone rogue, obscuring the circular stone horse run in the foreground and most of the yard to the right of the house. 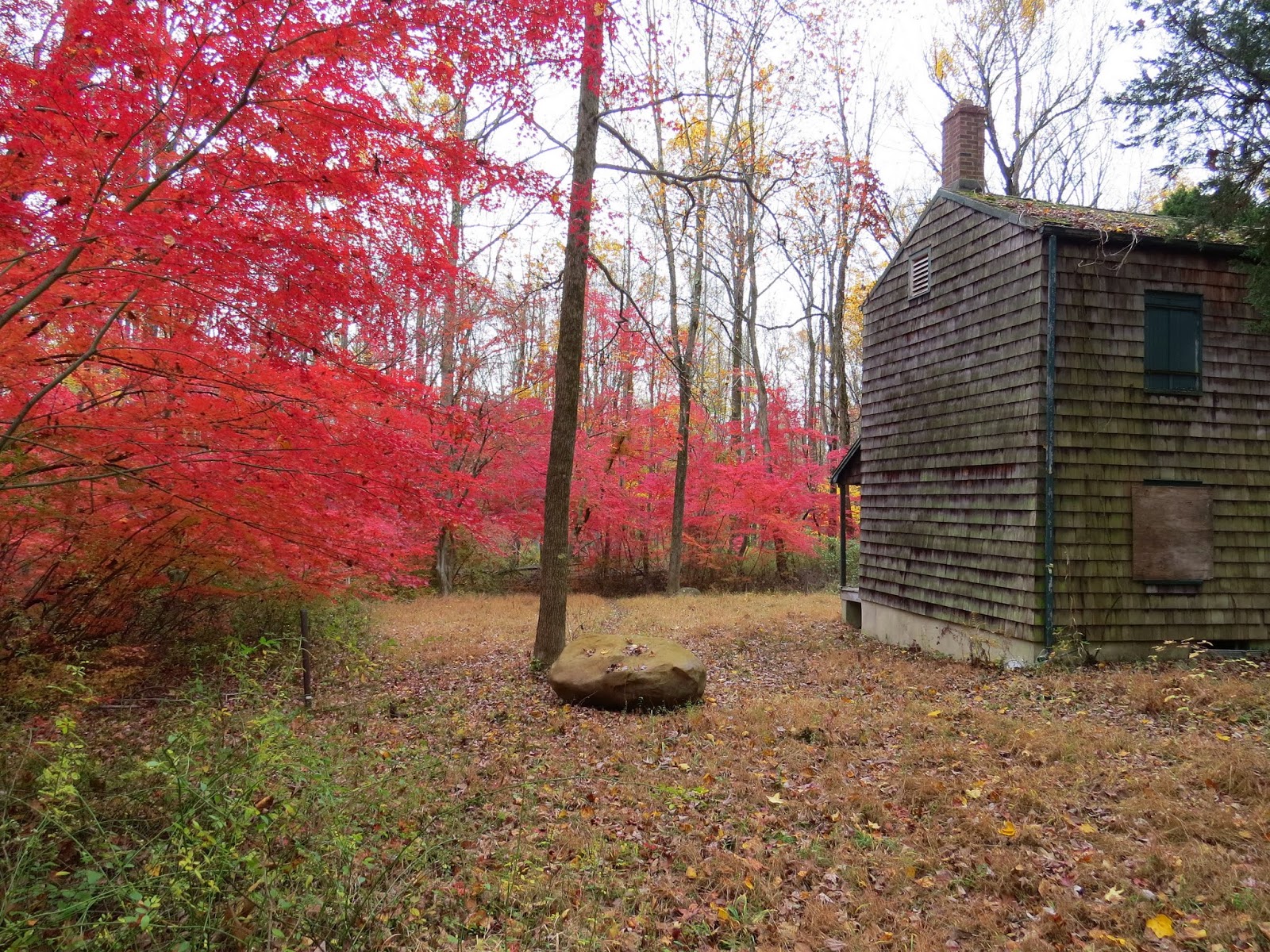 The Japanese maples, originally planted near the Veblen cottage and turning glorious red, have spread surprisingly far into the woods. They have long been a species that, like Rose of Sharon, seeds aggressively in people's backyards, but has fortunately not spread into nature preserves. Herrontown Woods may be proving the exception, raising the question of whether a tree's great beauty gives it free reign to alter the local ecosystem. In the meantime, it sure is pretty.

As with a house, so with the earth As the paint begins to chip, from the work of the elements over years of neglect, and hands wishing to heal are told not to enter, sometimes I wonder at this long persistence to save a house, like no other, alone in the woods, long neglected. 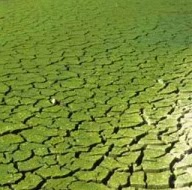 But then I remember there is a planet, like no other, alone in space, long neglected. It, too, is being worked on by the elements, 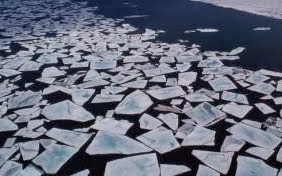 with so many hands wishing to heal.
Posted by Steve Hiltner No comments: