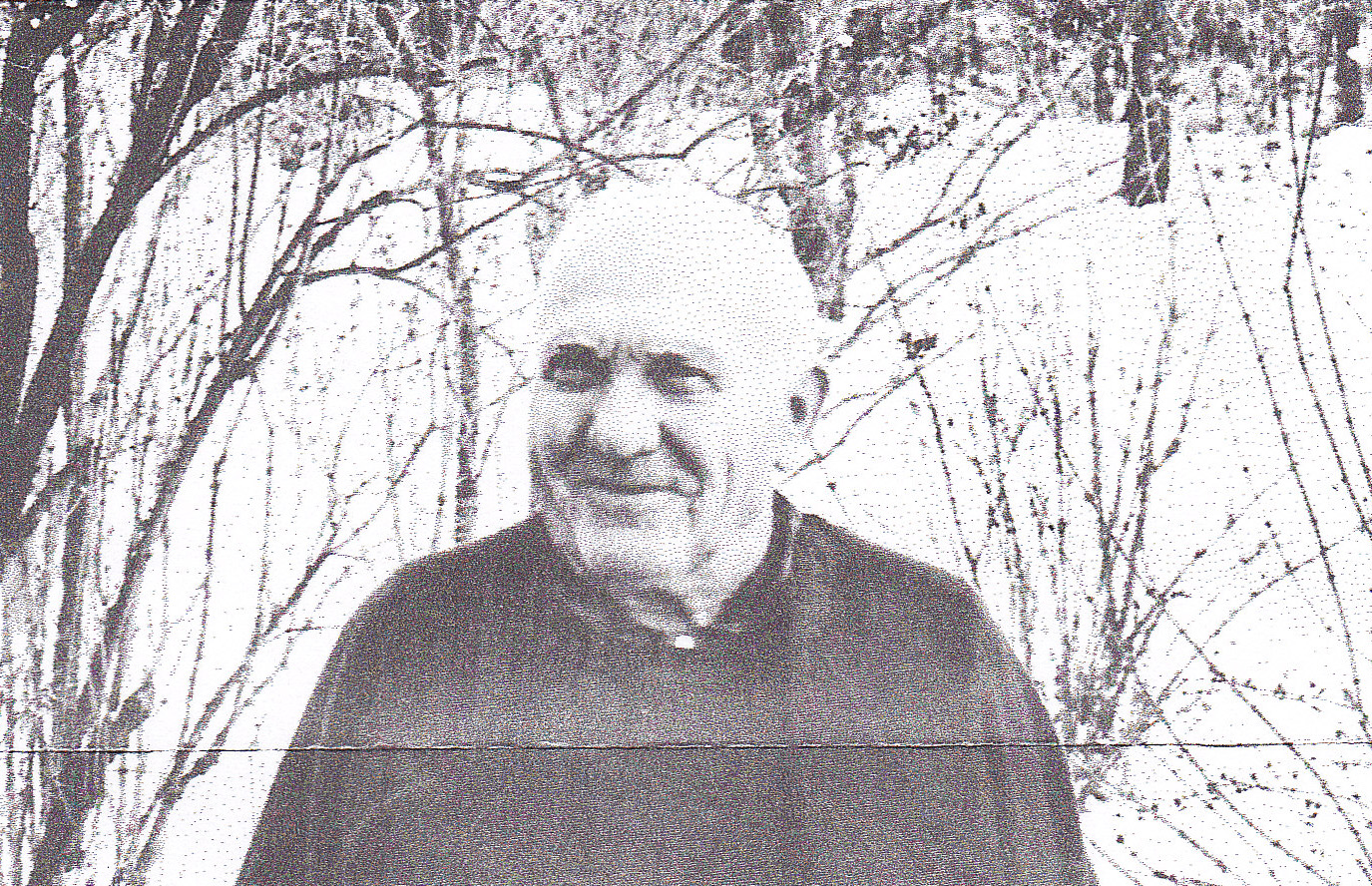 The arboretum includes a pine forest, over thirty species of trees, a countless amount of shrubbery and a brilliant collection of flowers.
Posted by Stephen Hiltner 2 comments:

A Small Victory at Herrontown Woods 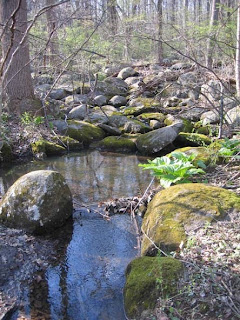 Most people know about the big victory won at the Princeton Battlefield in 1777. Few have heard, however, of the small victory of 2009 that took place at Herrontown Woods, on the other side of town, on a sunny afternoon in late April.

There, the mighty resistance of an eight year old to taking a walk in the woods was overcome by an irresistible alliance of rocks and water. 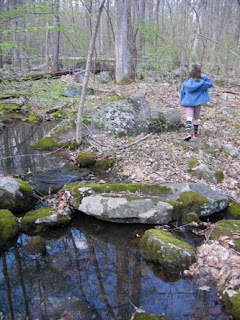 Strident complaint dissolved into "Daddy, look at this!", as we headed upstream towards a picnic in a boulder field. 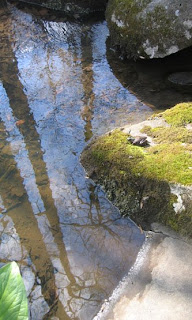 Contributing to the rout of homebound entertainment media was a frog presiding over a reflected forest. 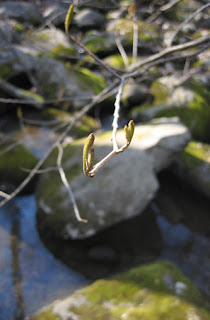 Plenty of auxiliary forces were on hand, effective mostly with the accompanying adult. The opening buds of a witch hazel. 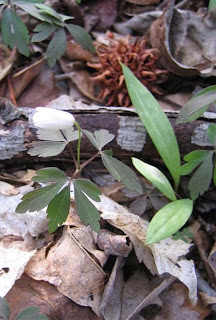 Some interesting stuff on the forest floor--here, a reddish-brown spiny fruit of the sweetgum, a flowering wood anemone, and some leaves of trout lily. 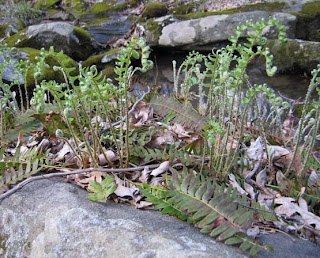 And the fiddle heads of Christmas fern perched on boulders. 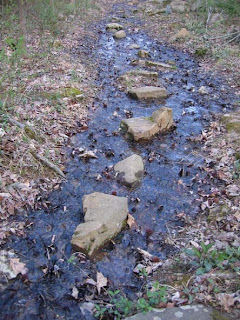 Even the trails were strategically rock-strewn to add sport and comfort to the way home.
Posted by Stephen Hiltner No comments:

George Dyson on Veblen's Role in Preserving the Institute Woods

(May 4 update: technical difficulties seem to have made the photo and "play" button disappear, but the link should work)

Realizing I was going to be arriving back in town too late to hear the talk, I asked Kurt Tazelaar if he could videotape the presentation. He and Sally Curtis were willing, DR Greenway and George Dyson gave permission, and after considerable work by Kurt and Sally to put it in finished form, it was posted online.

Among other things, George describes how Oswald Veblen's grandparents lost their land in Norway due to a crooked lawyer, and how this may have fed Oswald's passion for land acquisition. Other insights in the talk include thinking of Veblen--who argued early on in favor of the Institute for Advanced Study acquiring considerable land, and then did much of the legwork and negotiating to acquire the first 600 acres--as the bridge between the Institute's intellects and the land on which they do their thinking.

The video also includes a charming intro by George's father, Freeman Dyson, and some photos and description of the years George spent living in a treehouse. The latter plays in to a theme that's been coming up more recently related to the project--the movement in architecture to design ultra-small houses.

Thanks to George, Kurt, Sally and the DR Greenway for making this video possible.
Posted by Stephen Hiltner No comments: