It's a good feeling to have most of the framing for Veblen House repaired. Though there were some sills, joists, and studs that needed to be either replaced or "sistered", the extent of rot was surprisingly small, considering the house went through 23 years of neglect, boarded up since 1998. 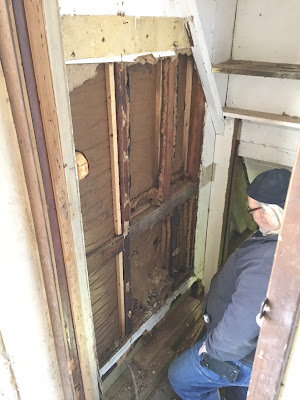 The need to open up some walls to look for rot has offered an opportunity to learn more about the house. Our carpenter, Robb Geores, has a good eye for clues to the house's history and construction logic. Yesterday, he needed to remove some wallboard to inspect the underlying studs next to the basement stairway, 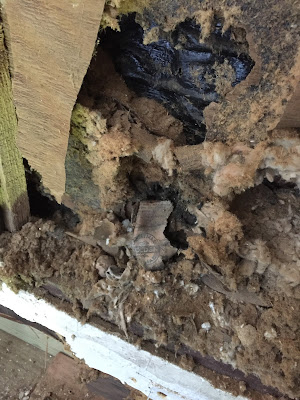 and amidst some broken up insulation found a wad of crumpled newspaper that could offer evidence of when that part of the house was built. 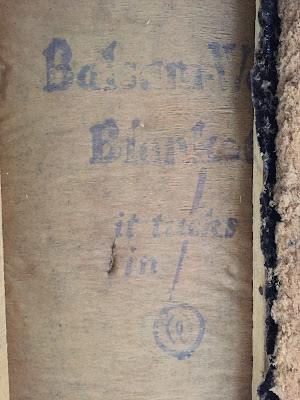 He also discovered the name of the insulation used when the house was built. "Balsam Wool Blanket", according to some internet research, was developed by Westinghouse in Minnesota. One source explains the name: "The fibers came from various wood species such as redwood, fir (Balsam), cedar and usually consisted of the tree bark, wood pulp and other wood byproducts."

Judging from advertising for the product back in the 1920s, the concept of insulation, especially insulation that came in rolls, was in its infancy. A 1929 ad for Balsam Wool insulation touts its thickness (1 inch was considered thick back then), and its capacity to "tuck into every nook and cranny" and "seal every crack." Jesse Whiton-Stuart, seeking to sell the house to the Veblens in the late 30s, touted these very characteristics--the house's draft-resistant, insulated walls.

"Isn't it absurd," the advertisement declares, "to buy a good boiler, feed it expensive fuel and then let a third or more of the heat escape through the walls and roof?" It's not clear if this common sense frugality was present throughout the 20s, or became popular only after the stock market crash in 1929. 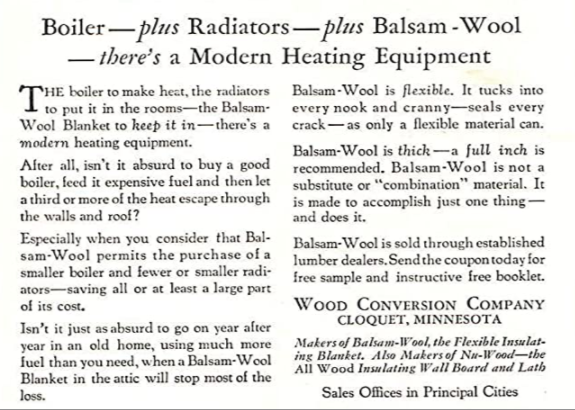