Some Early Spring Flowers on the Veblen House Grounds 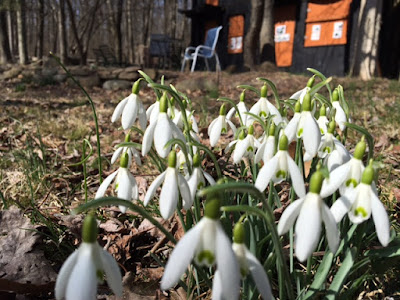 Since we removed the wisteria, honeysuckle, and other invasive plants that long obscured the Veblen House grounds, it has become possible to enjoy the remnants of Elizabeth Veblen's garden. Snowdrops, here in a photo by Joan Marr, peak in late March, 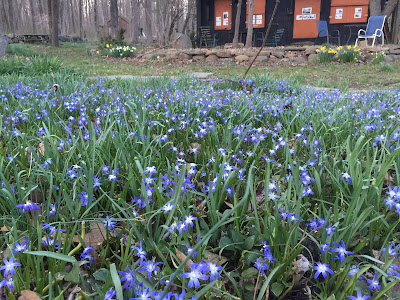 followed by a wave of Scilla at the beginning of April. 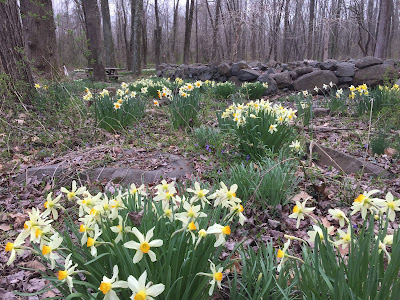 The first couple weeks of April are also prime time for daffodils, with most of them likely planted by Elizabeth Veblen and her groundskeeper Max Latterman. 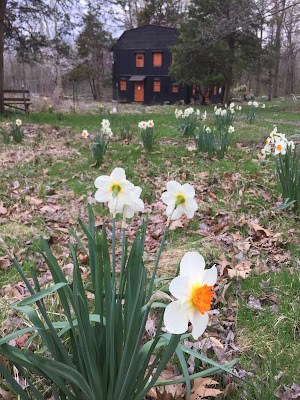 We've sought to restore some of the daffodils in the meadow, where mowing by the county in past decades had greatly reduced their numbers. Daffodils won't survive in a lawn if their leaves are mowed down before the underground bulbs have stored enough solar energy for the next year's bloom. 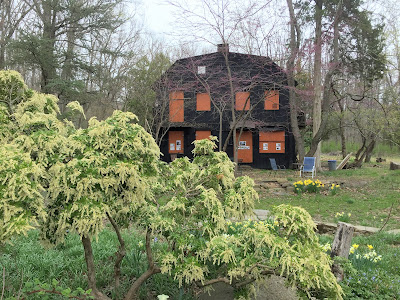 A Japanese andromeda flatters the backside of the house, 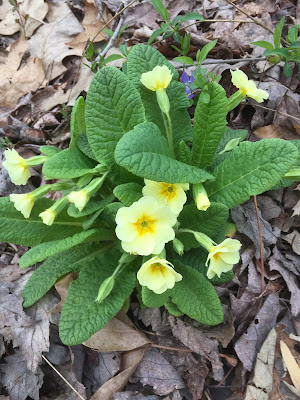 and the second week of April brings blooms of a few remaining primrose, 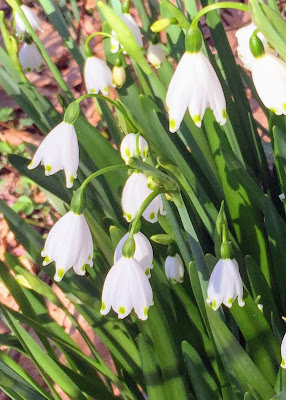 along with a couple clusters of a pretty flowers called "snowflake." It has the genus name Leukojum, in the Amaryllis family.
Photos from the 1950s show a garden resplendent with tulips and fruit trees--apple, pear and quince. The tulips fell to the rising deer population, and only one pear tree remains from the small orchard that surrounded the house.
Elizabeth died in 1974, but the gardens were maintained to some extent for years afterwards, by the Dogwood Garden Club that used to hold its meetings at the house, and by the Wells family that rented the house from Mercer County until 1998. Wisteria vines took over in the years of neglect that followed.
Native plantings have been added by the Friends of Herrontown Woods since it formed in 2013, mostly in the form of raingardens that divert runoff away from the house. Though many spring ephemerals are blooming in the woodlands beyond the house grounds, the raingarden natives are only now beginning to stir, and won't bloom until summer.
Posted by Steve Hiltner