Found Beauty--Springtime at the Veblen House 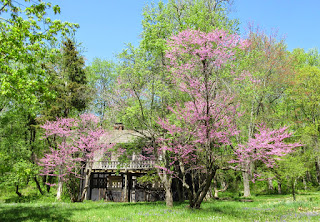 With the deep woodlands of Herrontown Woods to the west, and a small farm to the east, the grounds of Veblen House offer a transition, from field to forest and from english garden to native woodland. Though it's been decades since anyone has cared for Elizabeth Veblen's gardens, much remains. The two quince trees met their demise several years back, but the redbuds still put on an impressive show. 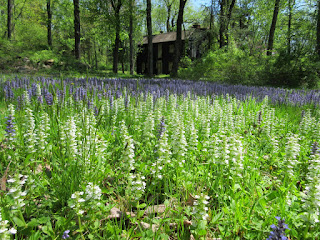 A clearing near the house is filled with Ajuga, a member of the mint family. 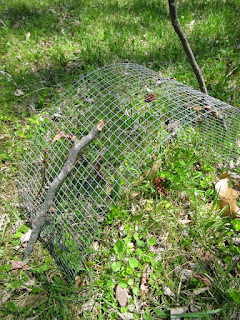 In another clearing, I found the first sprouts of ten native green-fringed orchids. I protected only one last year, having thought they might be nothing more than common lily of the valley. It grew instead into the lovely orchid, which spurred a visit this spring to protect more before the deer could find them. 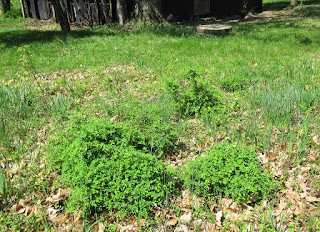 In another flower bed, multiflora rose had displaced a portion of the remnant irises. Cut down during a Rotary volunteer day two years ago, the invasive rose was kept in check by the deer last year. We're leaving it as an experiment, to see if the deer do the same this year. 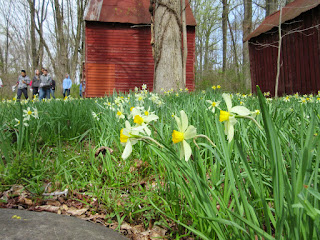 Earlier in the spring, daffodils made a beautiful display next to the small barn and corncrib, after FOHW board member Sally Tazelaar removed the thick tangle of multiflora rose that had grown over them.

Through all these acts, large and small, we reconnect with the love and energy that a previous generation invested in this special place in Princeton.
Posted by Steve Hiltner