A Woods That Is in Fact a Woods 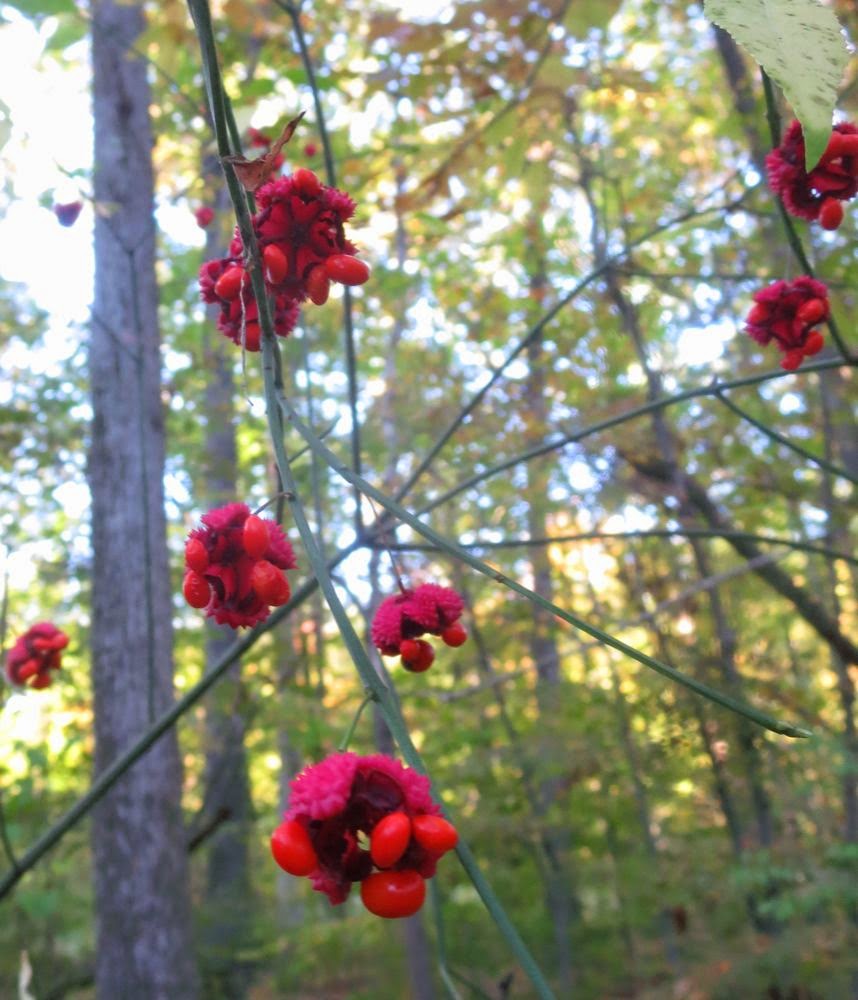 It was a gorgeous fall day at Herrontown Woods yesterday. I stopped by to hike in for an inspirational view from the cliff, and to see if the one patch of Hearts a' Bustin' that I know of in Princeton was showing its ornamental seeds (see photo). On the way I met a couple returning to the parking lot who were seeing the preserve for the first time. They had moved to Princeton not long ago, bought a house on the other side of town, and in their first look at a map of Princeton's open space had thought that Herrontown Woods must be a development, judging from the name. Developments are often named for what is no longer there, so they assumed the "Woods" would be houses all in a row, and few trees. Then they saw it was owned by the county, and decided to have a look. Surprise! Herrontown Woods is ......... a woods!

There is, by the way, some question about whether it is a woods or a wood. The Veblen's original gift of 81 acres in 1957 was augmented by 14 additional acres in 1974, which brings it pretty close to the fabled 100 Acre Wood of Winnie-the-Pooh fame. There's also early reference to it as Herrontown Arboretum, and on the county website it's called Herrontown Woods Arboretum. Somewhere, I'm sure, there's a development called "The Arboretum", where all the trees were cleared to put in houses. 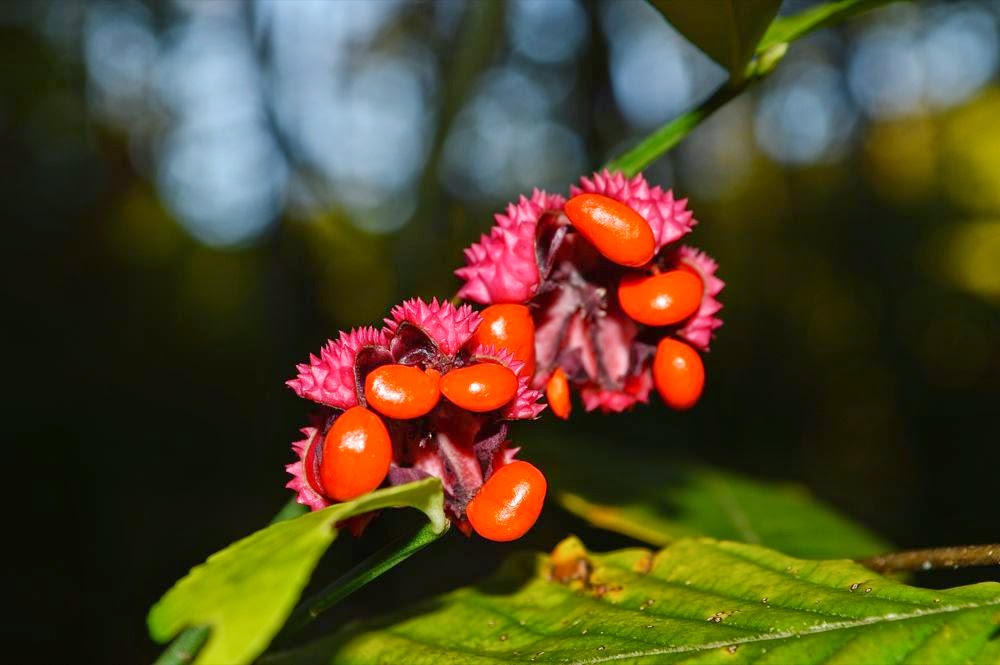