We call it Herrontown Wood, but this post is about Herrontown Rocks. What makes this nature preserve extraordinary is the layers of meaning to be found there. Begin with the soil, which was formed out of and influenced by the underlying diabase rocks. Add the woodland, of course, whose botanical richness is so well preserved in part because the many rocks discouraged any plowing back during Princeton's agricultural era. (Plows obliterate the roots, seedbank, microorganisms and complex structure that comprise a soil's biological memory.) Add the wildlife drawn to the long corridor of forest, where stubborn boulders discouraged development long enough for open space groups to achieve permanent protection. Add to that the cultural history that endures in rock walls, rock foundations, quarried stone, and the farmstead and house of Oswald and Elizabeth Veblen, with their multifaceted legacy of international import.

Along with the many roles the rocks have played in the past two hundred years, there is the story of how the rocks got there in the first place. It's told by the great majority of rocks and boulders never piled in rows or split apart. One important point to grasp from the get go is that the glaciers did not form the Princeton Ridge. The glaciers' southernmost extent coincides with where Manhattan is today, some distance to the north. What forces, then, created this long ridge of boulders?

A couple weeks ago, I joined my neighbor Jon Johnson on one of his morning walks with his dog Cocoa in Herrontown Woods. His expertise is in groundwater, but he's been studying the rocks he finds in the streams and along the trails, and sharing some of what he's discovered with students at Little Brook Elementary, where his kids go to school. 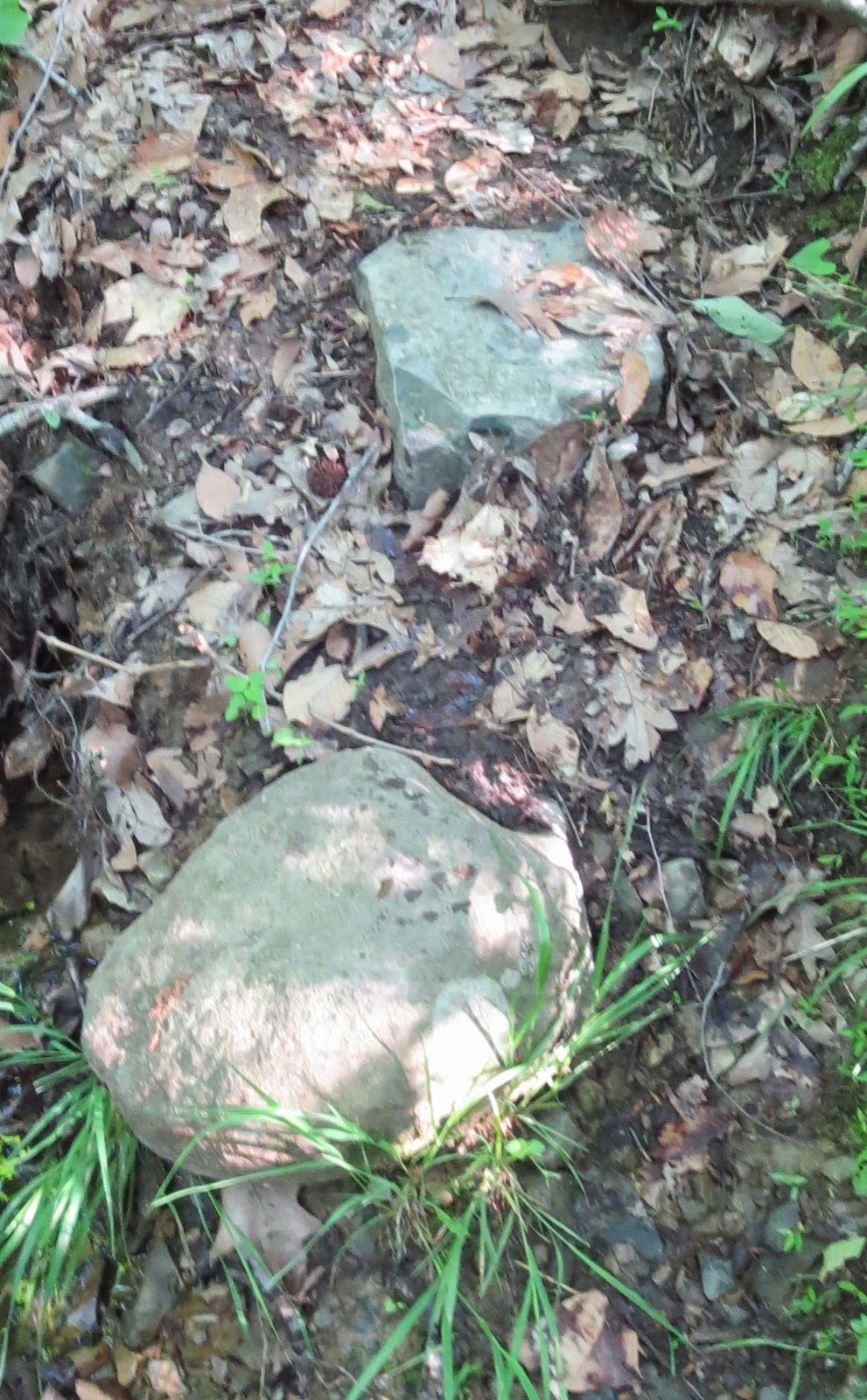 He begins by asking the kids a simple question. Why is one stepping stone along the trail rounded, while the one next to it is square? 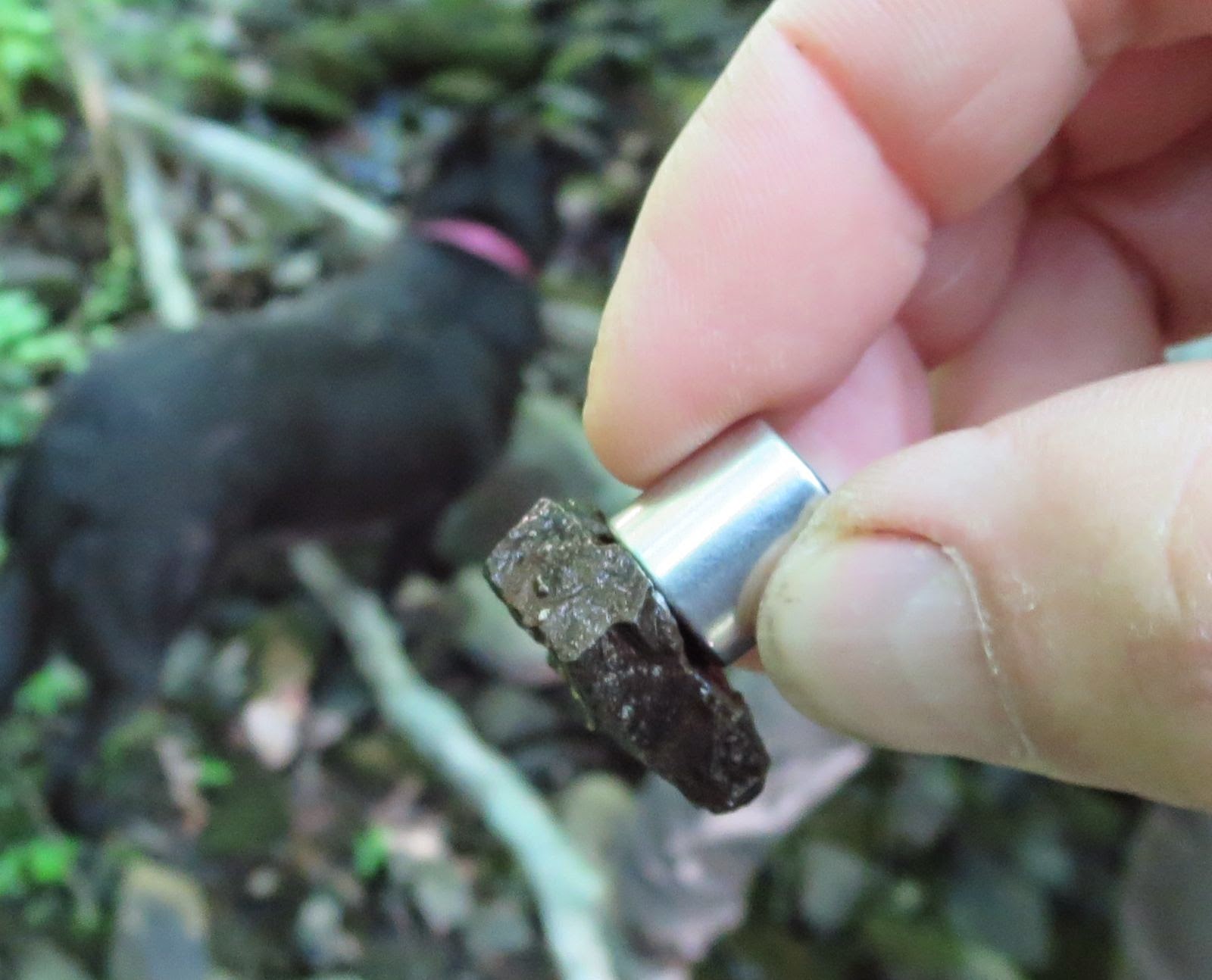 Why are some boulders and pebbles magnetic, while others are not? 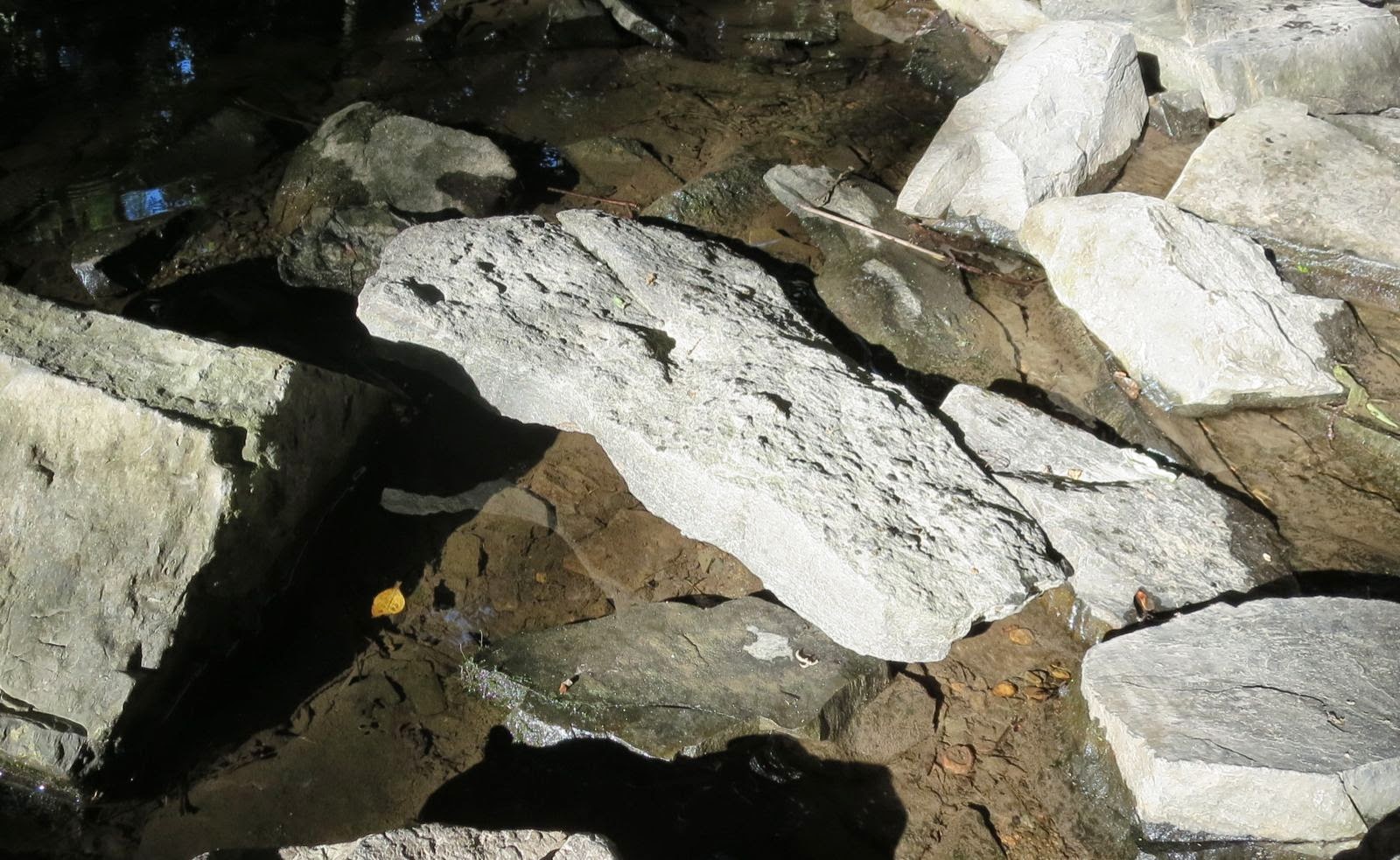 And why are some rocks rough textured while others are more smooth? 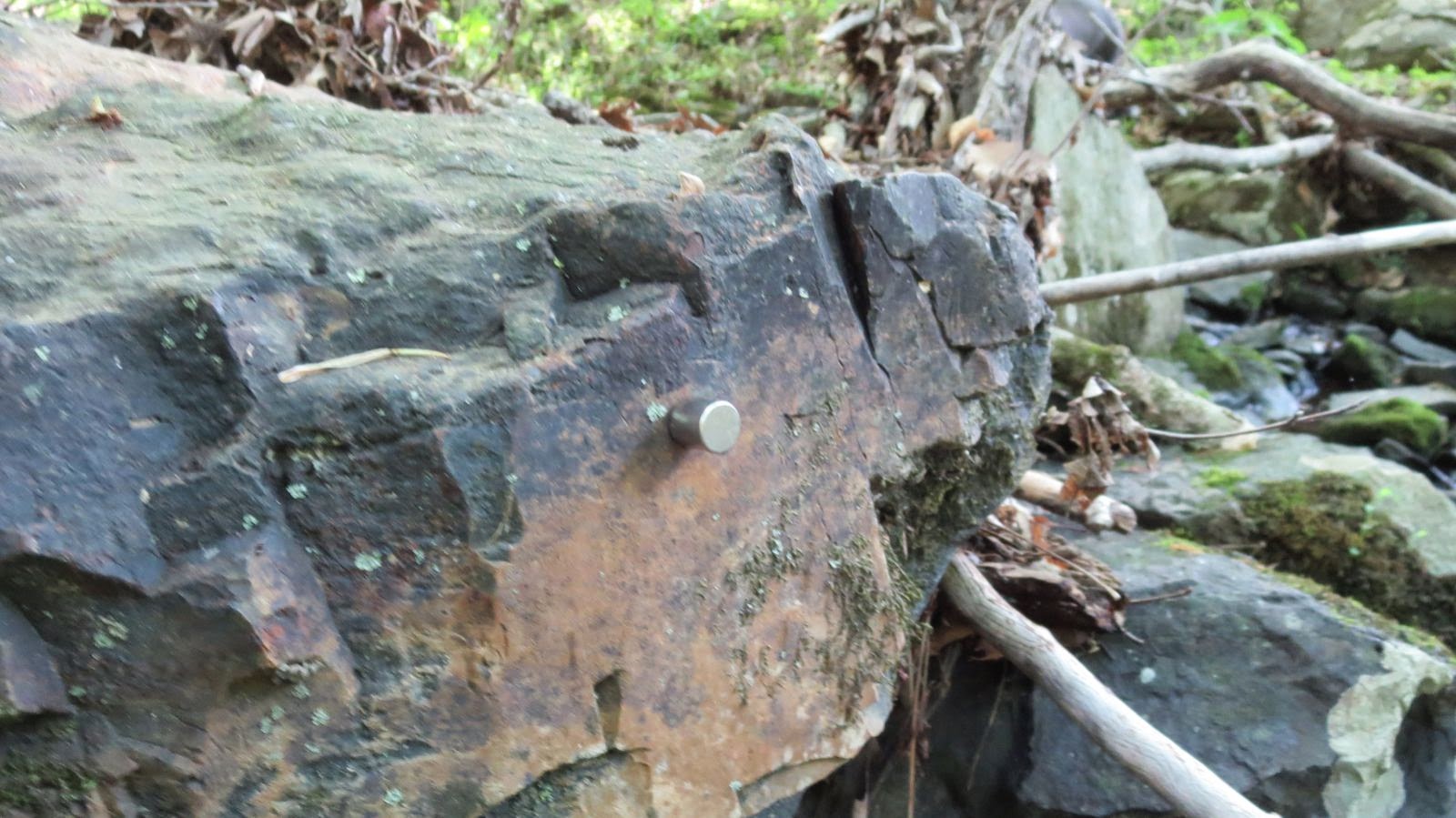 The story he tells goes back to the time of Pangaea, that is, when Africa and America were all one land mass. As the continents pulled apart, a basin expanded between them, received sediment from eroding land masses on either side, became interrupted by upwellings of molten rock that rose through the sedimentary layer, cooled into diabase and subsequently eroded to form the boulders we see today. 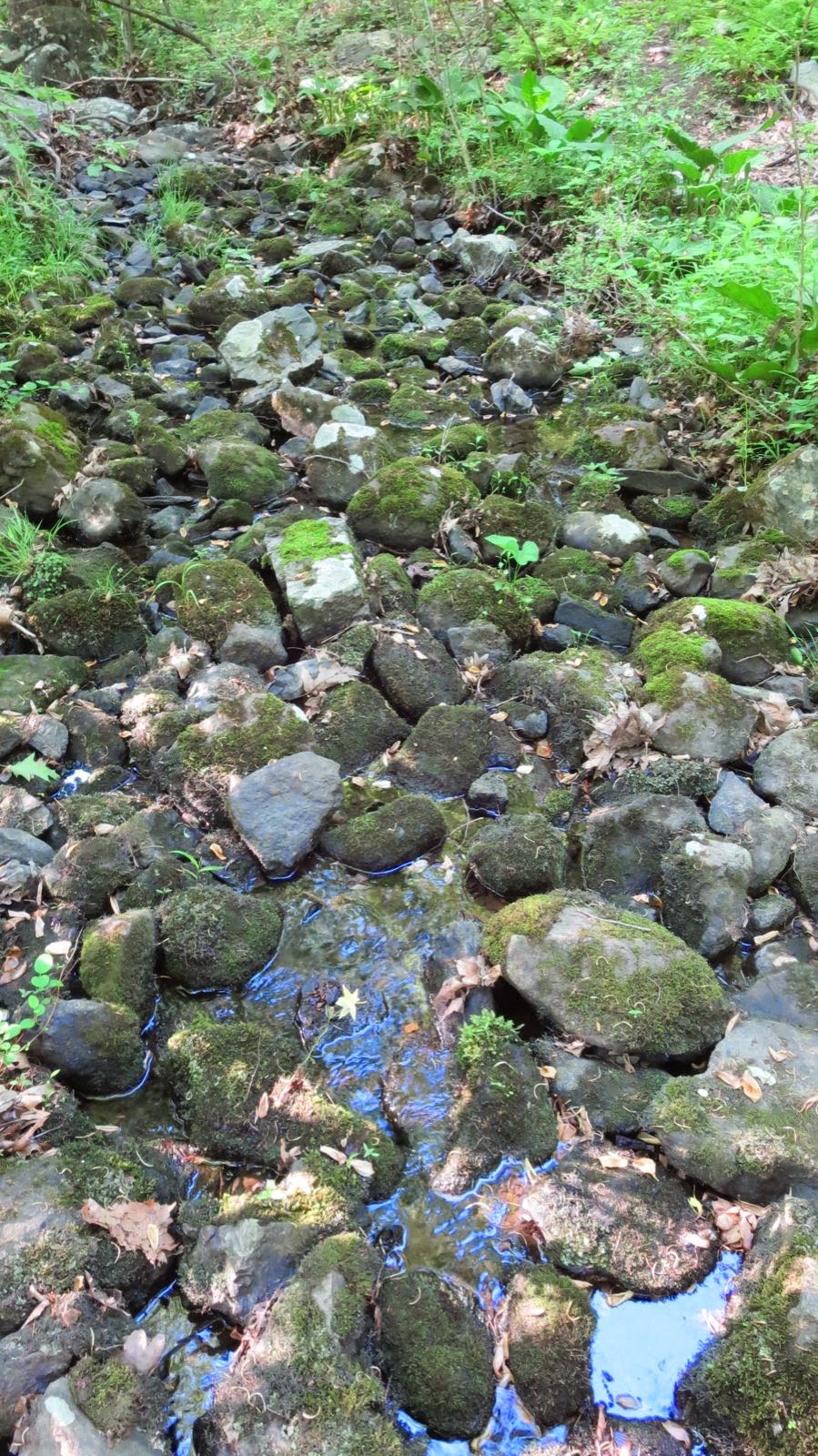 Jon showed how Herrontown Wood tells this story through the geologic transition visible in the park. If you walk west from the parking lot (the one off of Snowden Lane), then follow the main creek upstream, you'll see the rocks in the stream are at first squarish. This is the sedimentary rock. Some are rougher than others, suggesting that they may have contained fossils that lost their shape when heated by molten diabase.

Head upstream and you'll see the rocks getting rounder 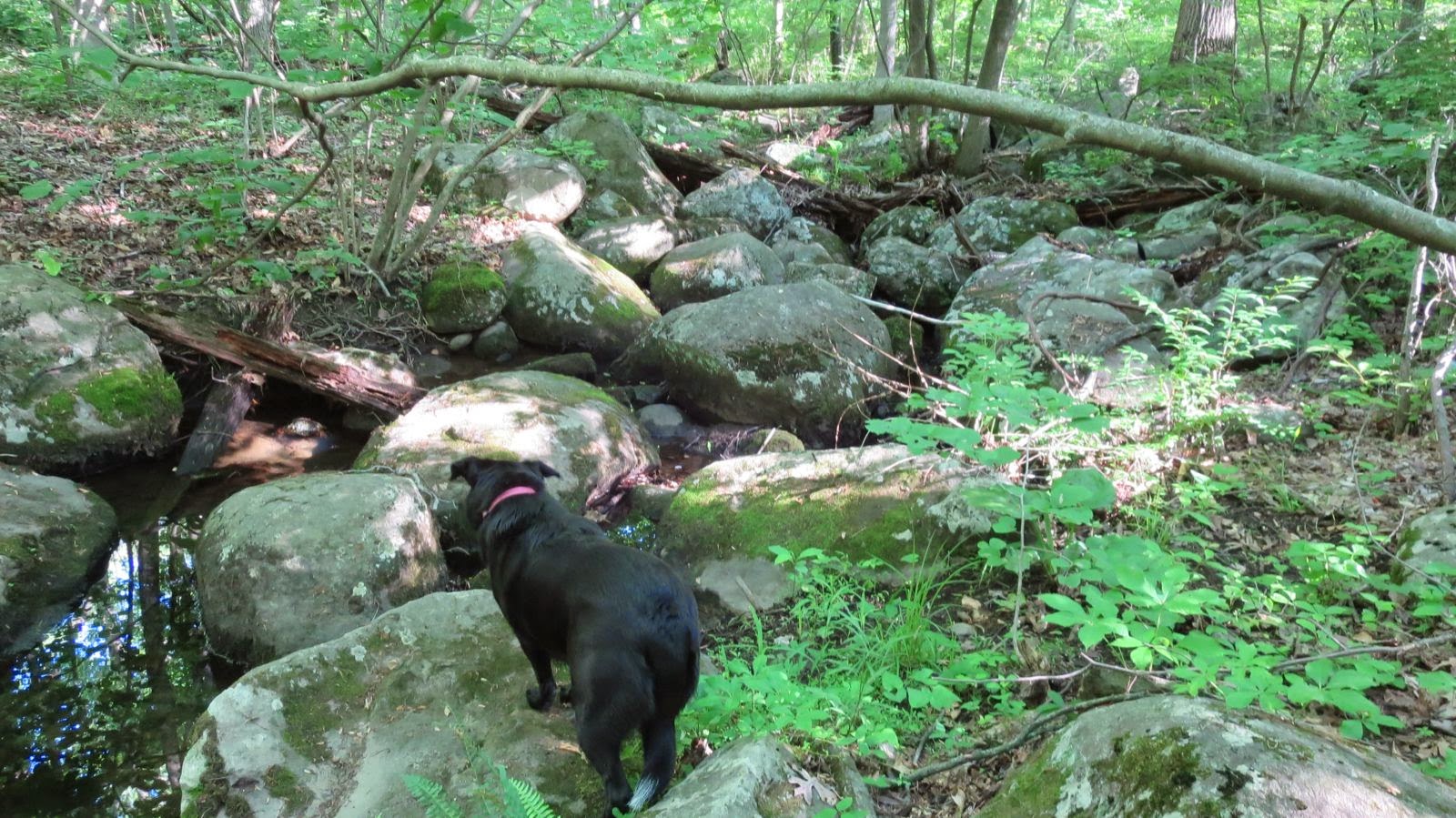 and larger. This transition goes from sedimentary to metamorphic, to the big, round diabase boulders further up the slope. (A similar transition can be found at Witherspoon Woods, up the hill from Mountain Lakes.)

You can see in this photo a magnet stuck to a boulder. The magnetism comes from magnetite, which usually makes up only 2% of the diabase, but may comprise up to 20% of some rocks. Even different layers of the same boulder can differ in the presence of magnetite, which explains why a magnet may stick to one part of a boulder, but not another strata a few inches down. 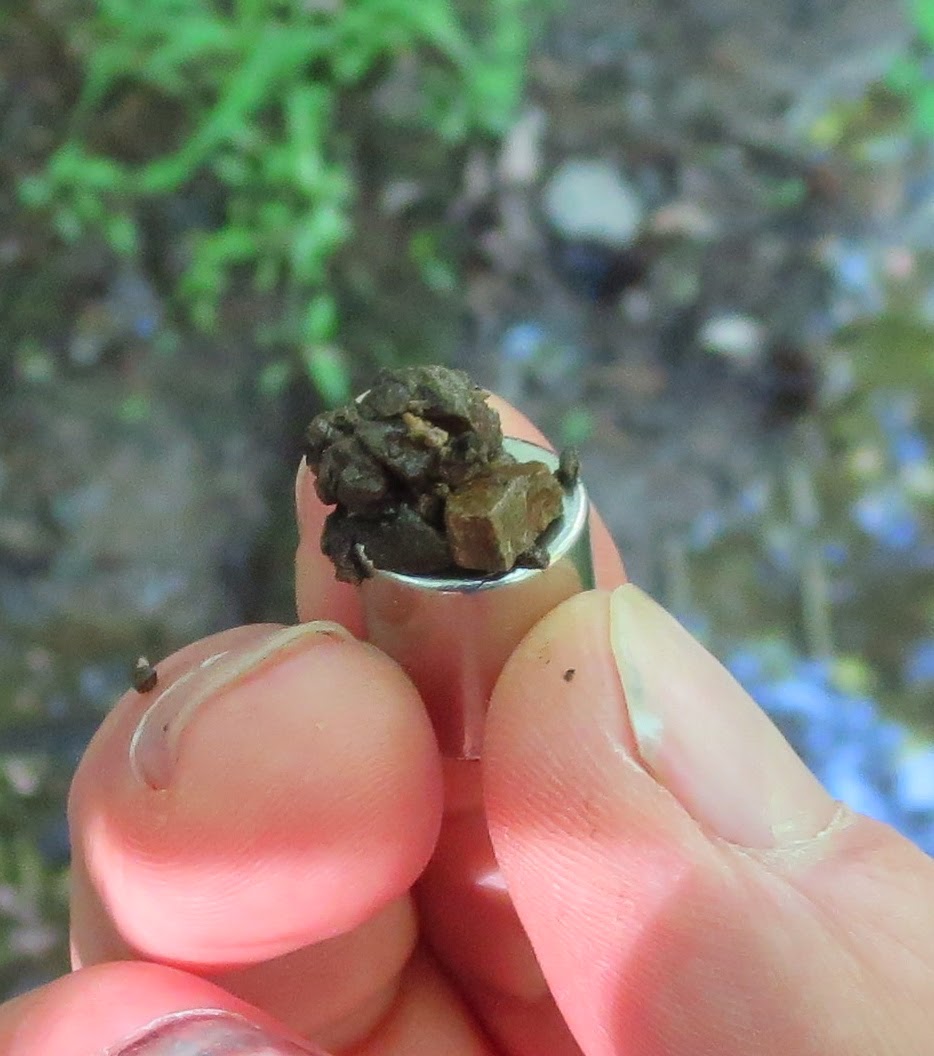 To find the areas of the park with the most magnetite, Jon has played the role of prospector, walking up one or another tributary of the stream, testing the pebbles for magnetism.

When my kids were younger, we would go to Herrontown Wood and find joy in climbing the rocks. The main story we saw was how the rocks got bigger as we walked up the hill. Now, thanks to Jon, we can go beyond aesthetics and size, and more deeply appreciate these rocks that have served Herrontown Wood in so many ways.