Liberating House and Grounds from Vines 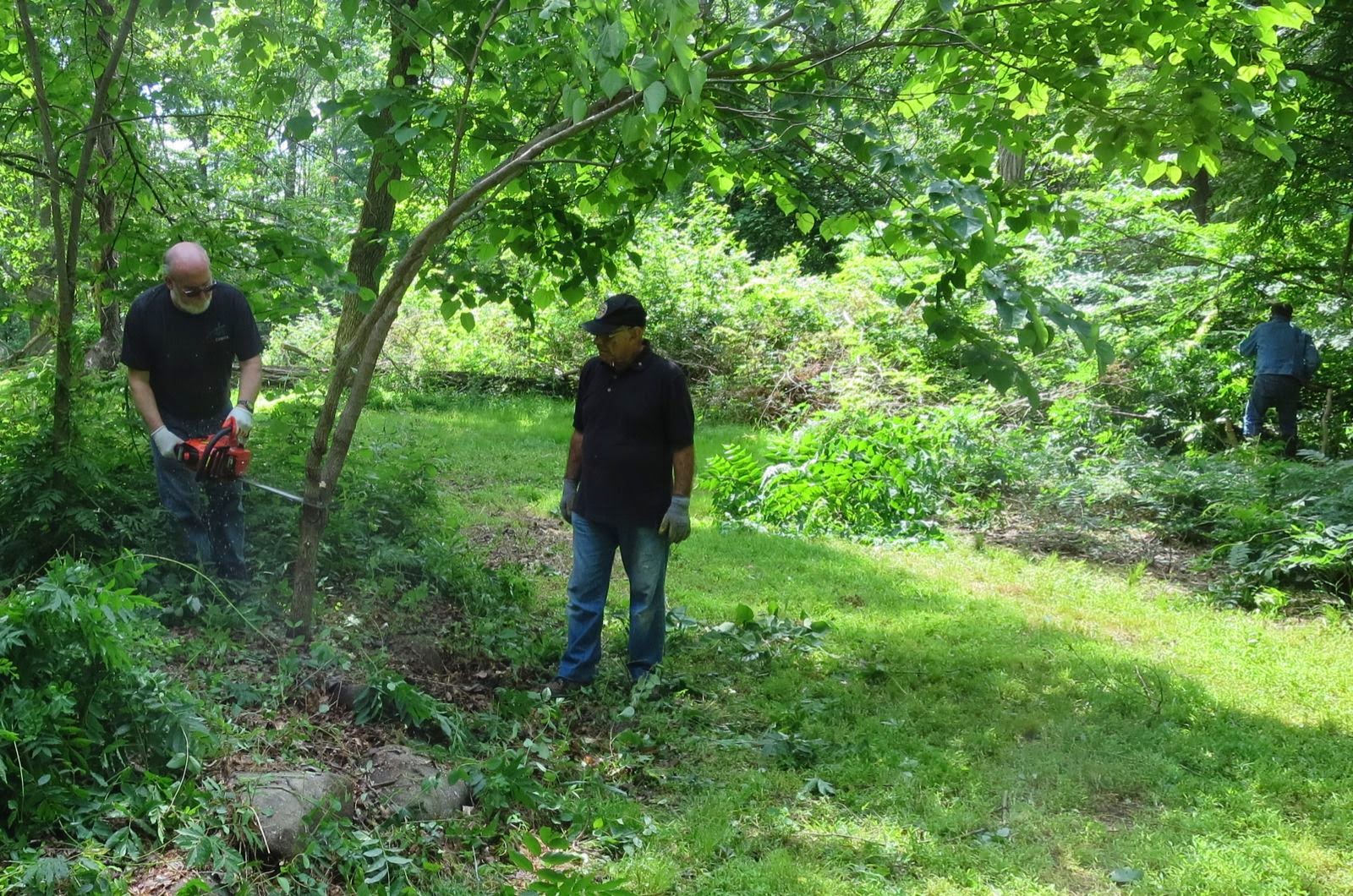 We had another highly productive and rewarding workday this past Saturday at the Veblen House, organized by the Rotary Club of Princeton as one of their service projects. The focus was on removing invasive vines from house and grounds. It was a real pleasure to have the help of Bob Wells, and hear his many stories about living there with his family from 1975 to 1998. Also in the photo are architect Ahmed Azmy and neighbor John Powell, both Rotary members and strong supporters of rehabilitating Veblen House. 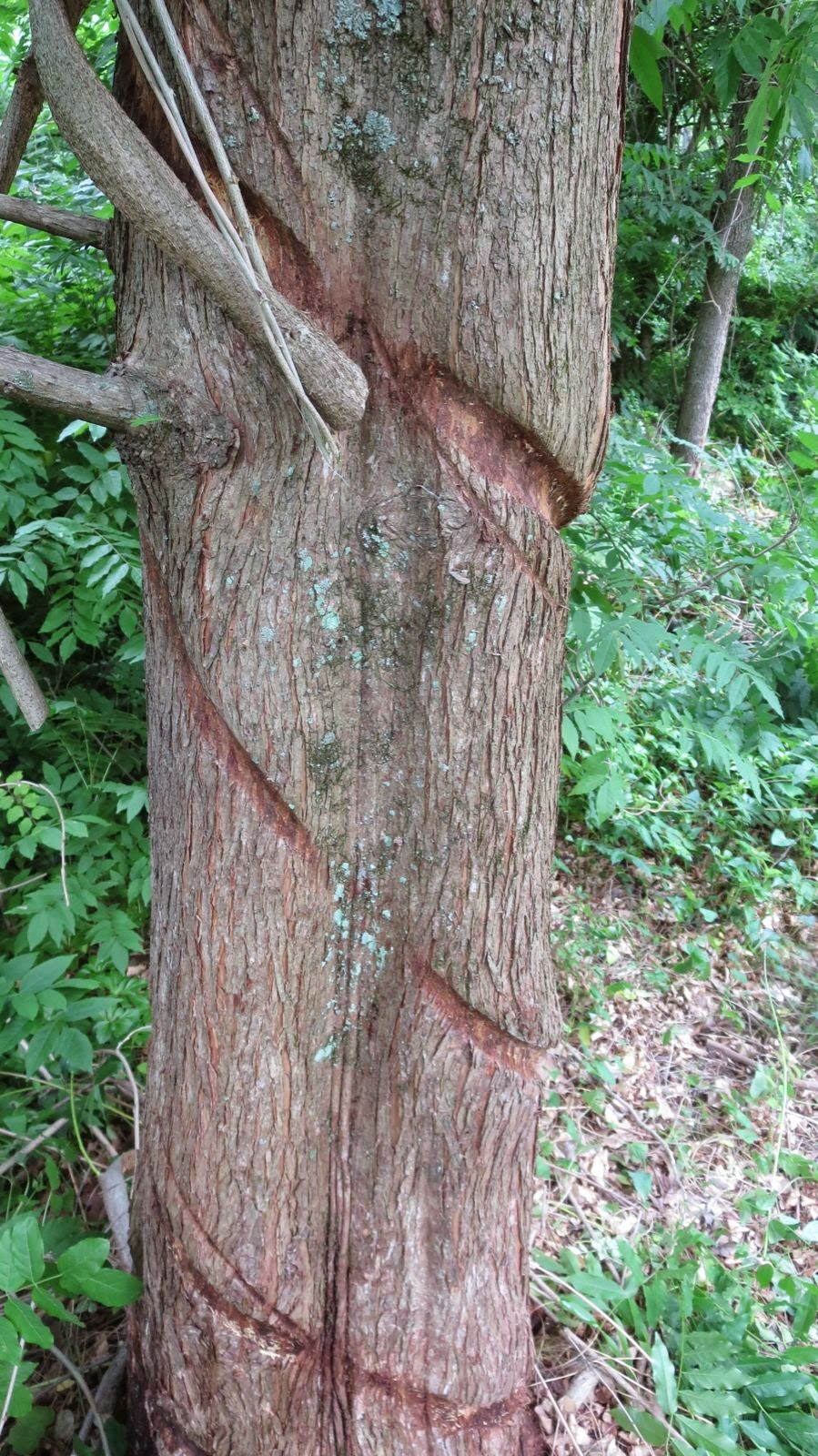 John was wielding loppers against the wisteria, which had begun back in Elizabeth Veblen's day as a pretty ornament for the trellis, but which has spread into the surrounding woods. You can see the strangle hold it takes on trees, in this case a dawn redwood planted by Bob decades ago. 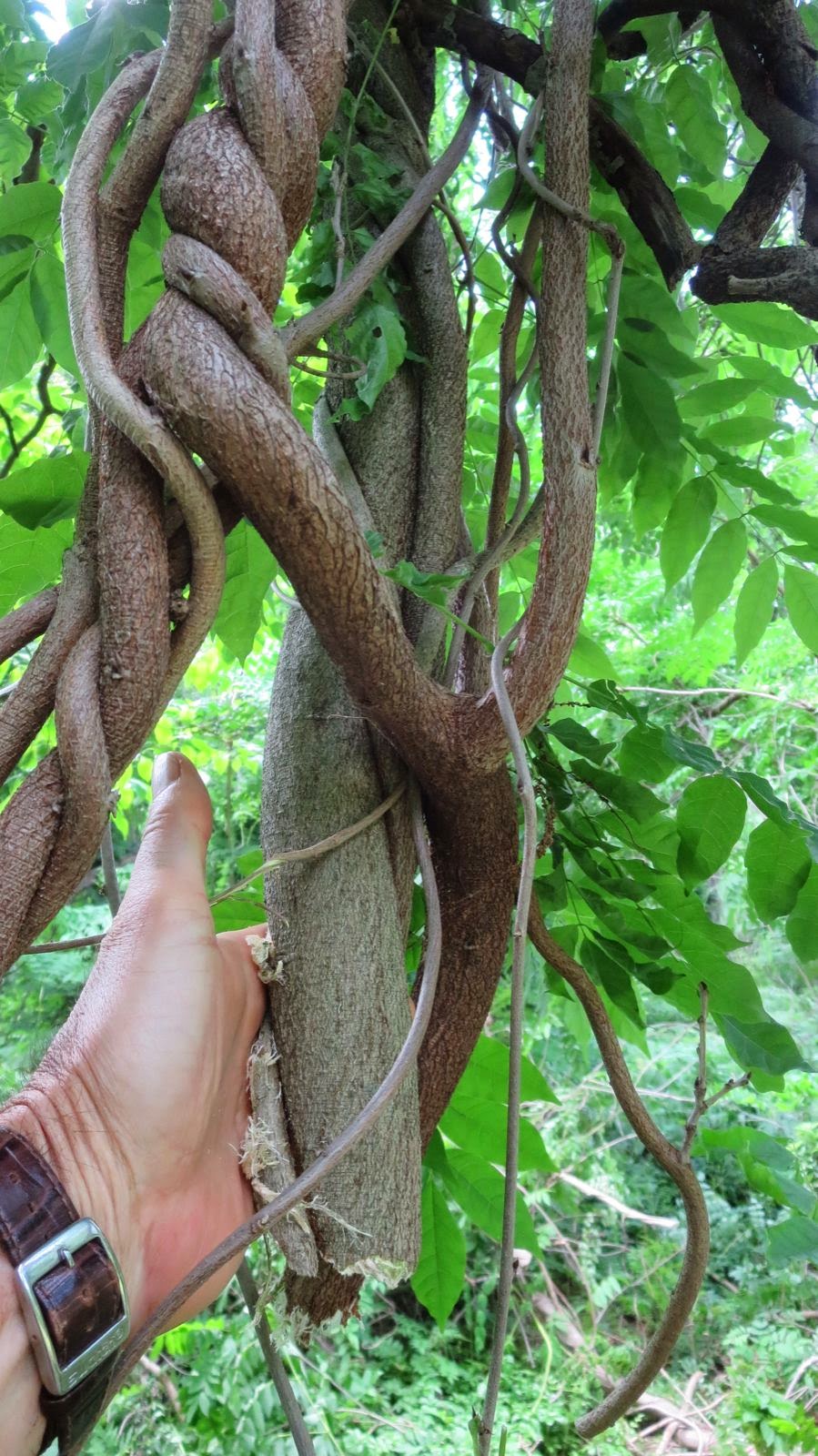 Wisteria can also climb around itself, 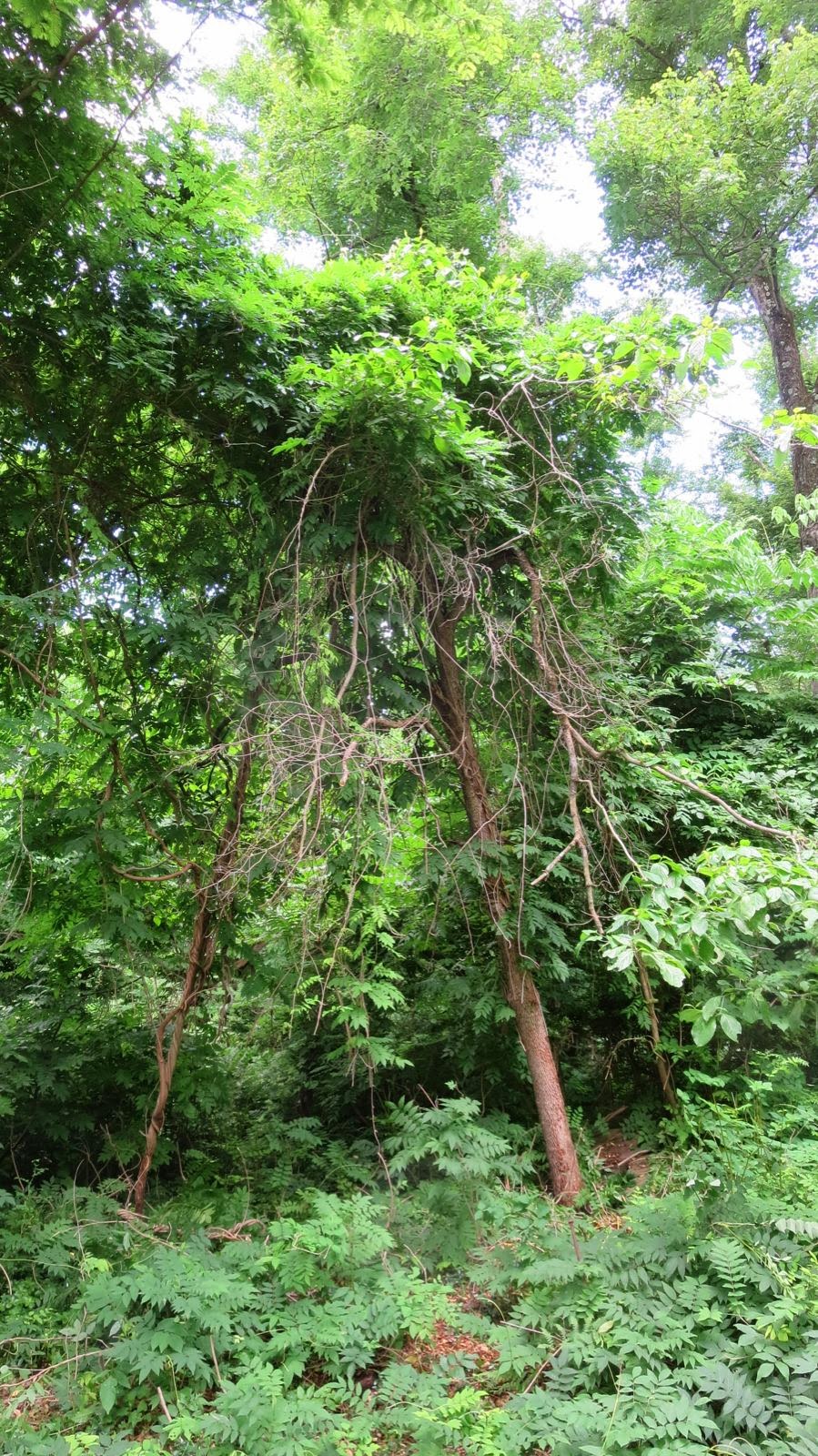 forming a trunk almost as large as the flowering dogwood it was mobbing. We speculated whether the dogwood would recover now that the vines have been cut. I took the more optimistic point of view, noting various branches still showing healthy leaves reaching out beyond the smothering embrace of the vine. 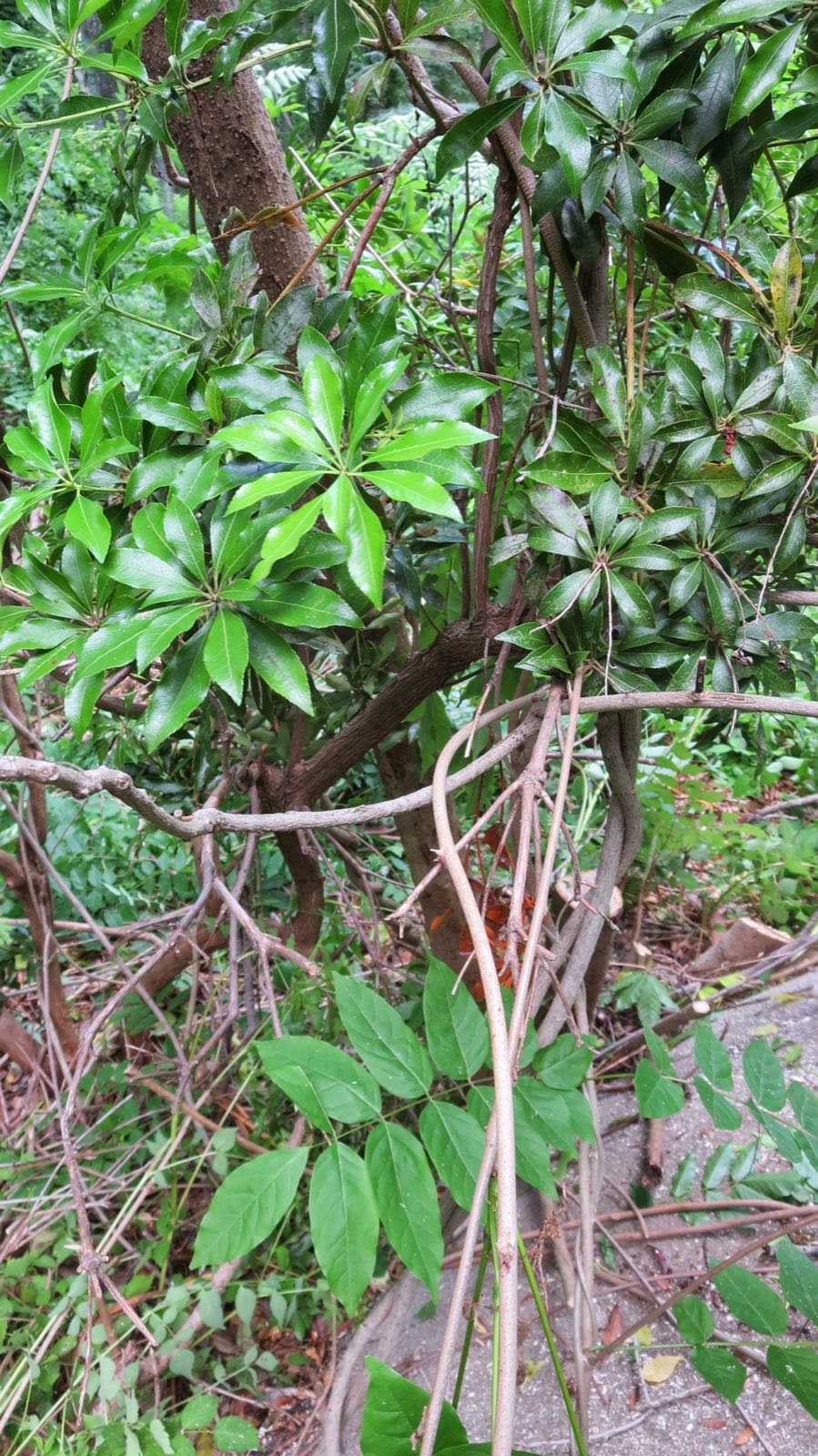 This Pieris, now liberated, may live to grow another day. 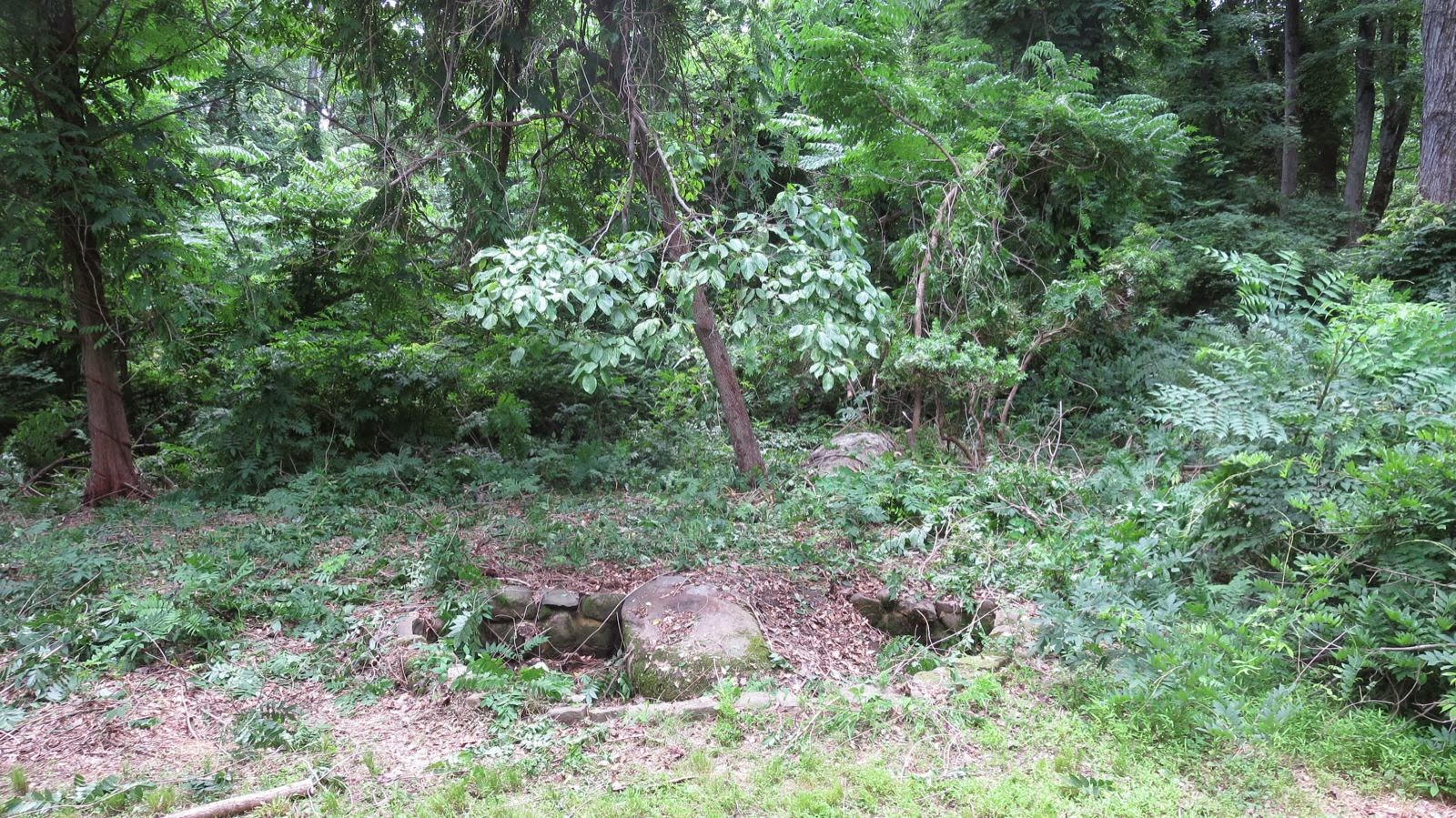 Bob told us that Elizabeth's fishpond, now visible again with the vines removed, used to hold water and was stocked with goldfish. 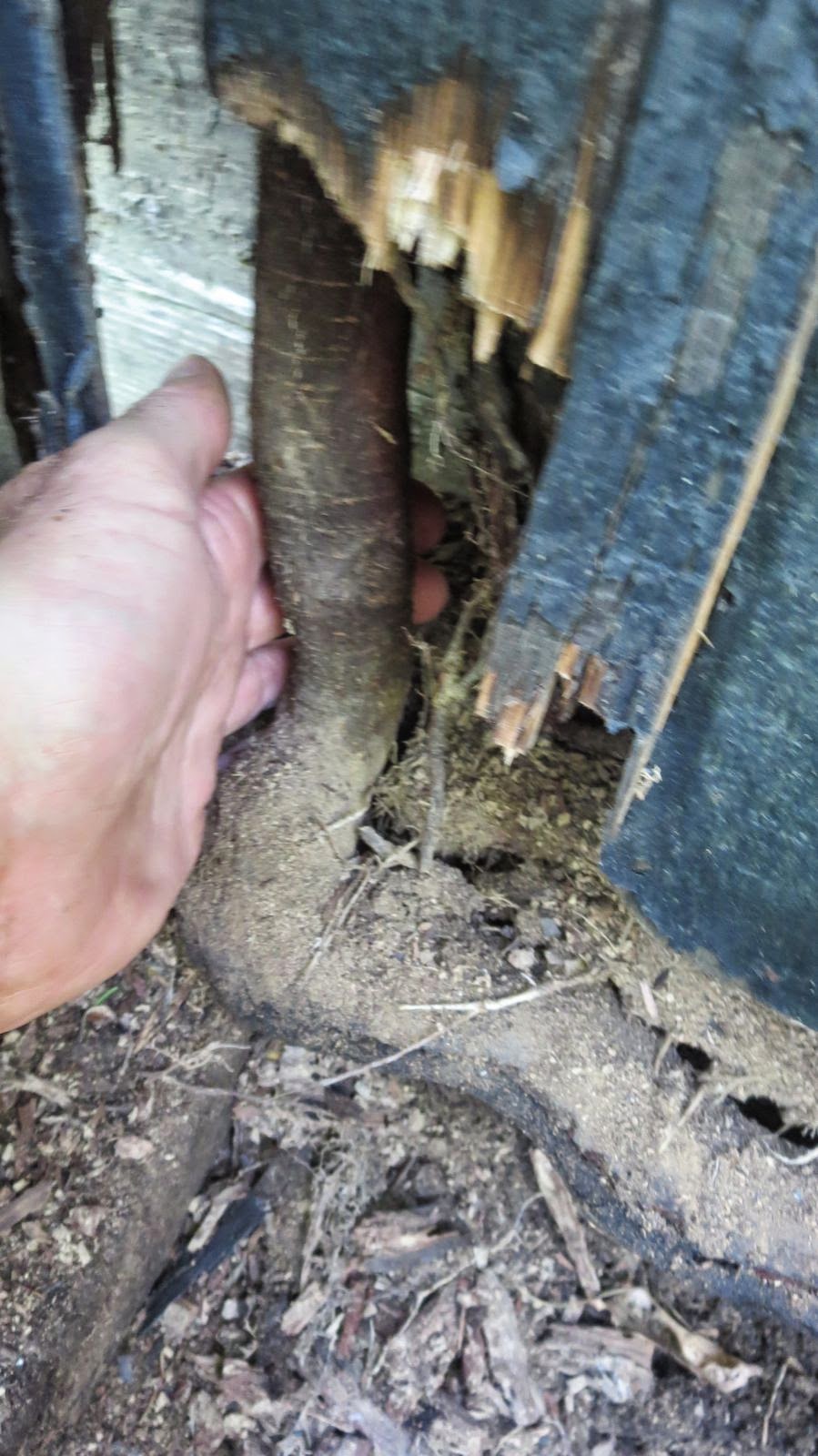 Meanwhile, vines have been showing interest in the house. This vine, possibly a Virginia creeper, has a stem growing up inside the wall. Not ideal. A snip with the loppers should have been applied years earlier, but at least that vine won't be growing any farther. It's reassuring at such times to remember that builders have consistently found the building to still be in solid condition and worth saving. 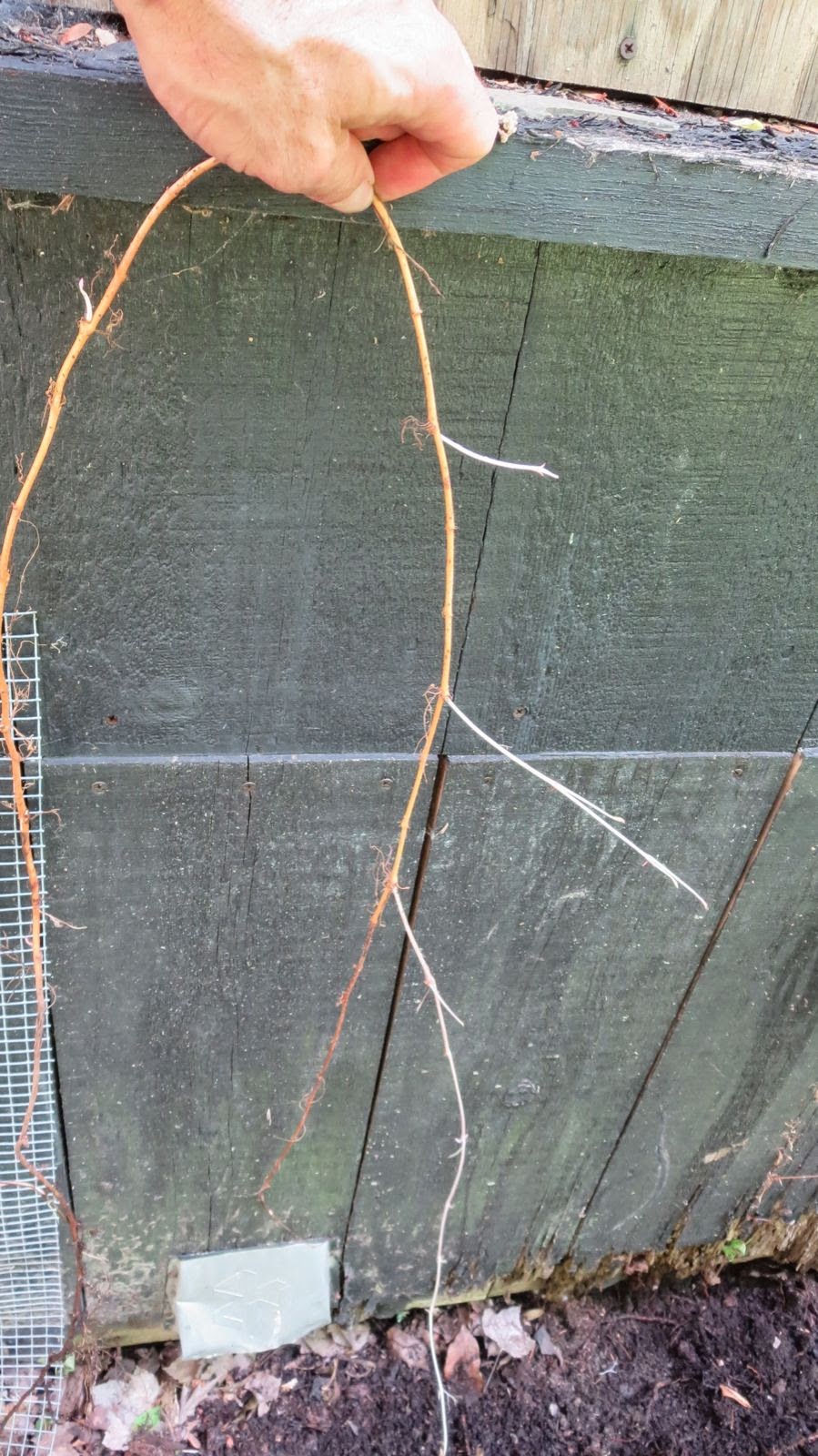 A much smaller vine, Japanese honeysuckle, had headed into the basement. You can see the white shoots that indicate the lack of sunlight. It took me back to 6th grade science class, when we grew one set of bean plants in a closet and another set on a windowsill. Several weeks later, everyone was surprised to find that the ones grown in the closet were much longer, and lacked any chlorophyll. The lack of sunlight stimulates the plant to invest what energy it has in length, the better to eventually reach a source of light. 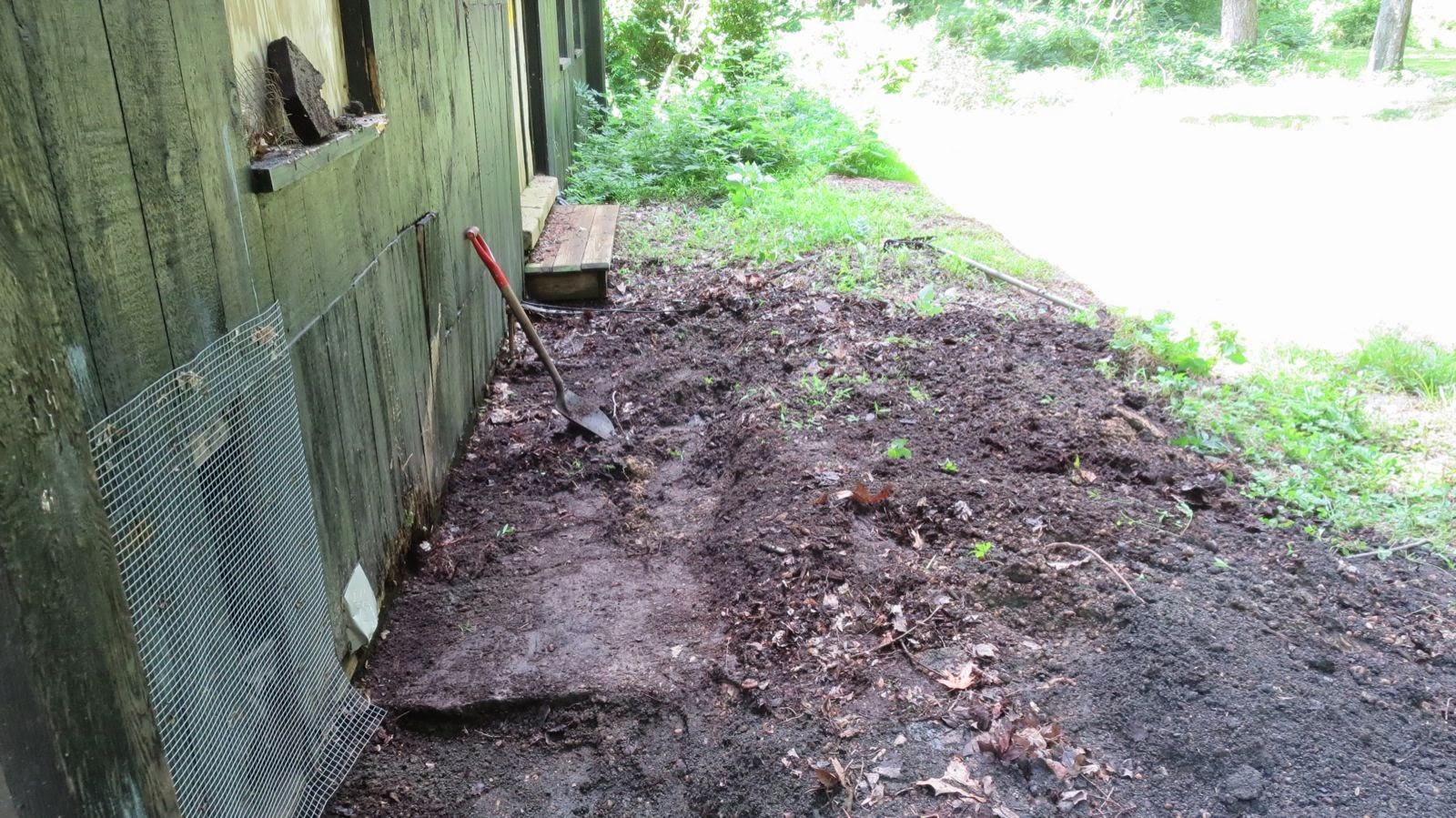 The moist ground made digging soil away from the foundation relatively easy. A backhoe will be needed to do a more thorough regrading, but hand shoveling allows for some serendipitous discoveries, like a beautiful buried boulder that used to serve as a step for the side door.

We ended the workday with pizza, basking in the beauty of the day and the peacefulness of the Veblen House grounds.

Thanks to the Rotary Club of Princeton for the support and talent it brings to the Veblen House project.