Just two days ago, President Joe Biden signed the Juneteenth National Independence Day Act. The title suggests that we can all feel more free because of Juneteenth. Though it primarily commemorates the emancipation of enslaved African Americans, it's also been described as serving "as a moment to honor and celebrate black excellence." I can relate to that, as a jazz musician, having spent long and pleasurable hours listening to and transcribing the solos of many of the greats: Lester Young, Charlie Parker, John Coltrane, Don Byas, Dexter Gordon, Wardell Gray, Sonny Rollins.

Now, immersed in the history and the restorational logistics of Veblen House, what connection can be found between African American excellence and the Veblens, whose ancestry is Norwegian and English? 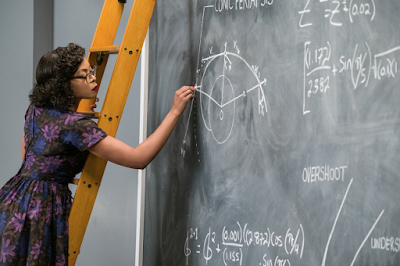 The question sends us back to the VeblenHouse.org archives for a 2017 post entitled "Math Writ Large in Hidden Figures." It's a story of surprising connections that begins like this:

"A friend likes to say that "all roads lead to Veblen House". On a hunch, I traced the mathematical road leading back from Katherine G. Johnson, one of three extraordinary black women mathematicians in the movie Hidden Figures, and sure enough, it led back in multiple ways to Oswald Veblen."

The rest of the story is at this link.