Some of the richer, more colorful writing about the Veblens was uncovered recently via google. Many people who are unfamiliar with Oswald Veblen will recognize the name of John von Neumann, whom IAS director Robbert Dijkgraaf recently described as "perhaps an even greater genius than Einstein". Veblen had a keen eye for mathematical talent, and in both of these accounts is credited with bringing von Neumann to Princeton. Veblen also lent vital support to von Neumann's proposal to build one of the world's first computers at the Institute for Advanced study in the 1940s, when many scholars viewed such a machine as an intrusion. 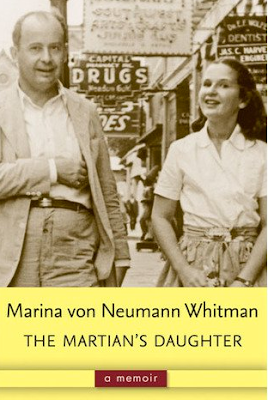 In one, "The Martian's Daughter: A Memoir", von Neumann's daughter Marina Whitman describes the role the Veblens played, not only in furthering her father's career but also in her birth. 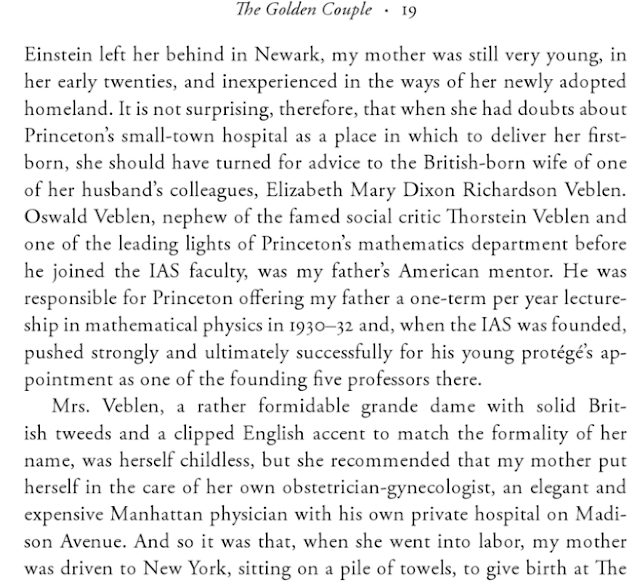 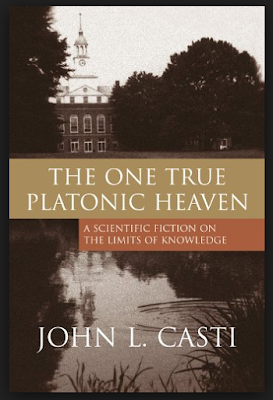 John L. Casti, in his book about the Institute for Advanced Study, "The One True Platonic Heaven", describes Oswald Veblen's support for von Neumann, first by getting him a position in the Princeton University Mathematics Department, soon thereafter advocating successfully for his appointment to the IAS, then supporting von Neumann's controversial project to develop a computer. Presumably, in a book that intermixes fiction and fact, the excerpt below sticks to the facts. 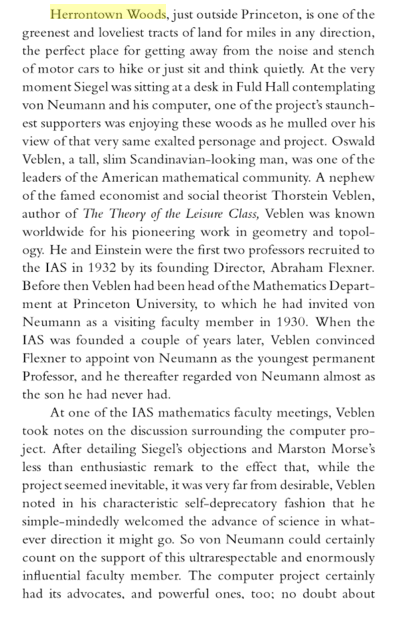 Two phrases in Casti's description catch the eye for anyone seeking to understand Veblen and his legacy. One is that Veblen "regarded von Neumann almost as the son he had never had." The Veblens had no children, and one interpretation of his enormous generosity towards young scholars is that he was channeling a nurturing instinct that had no familial outlet. The other is Casti's description of Veblen as "ultrarespectable and enormously influential". The more one learns about Veblen's legacy, the more one wonders at his invisibility--the multiple examples of how his name goes unmentioned, whether in the hallway history exhibit at the Institute, the literature offered to tourists at Old Fine Hall (now Jones Hall), or as founder of Princeton's open space movement. Even the house he donated for public use has been left boarded up and threatened with demolition, despite a nonprofit having been formed to repair it.

One theory, conjured early on in this research, was that he had a dark side that made people reluctant to give him credit for all the good he had done. This, it seems, is not the case. A closer look reveals a visionary, a man ahead of his time, who appears to have been on the right side of every issue, whether fighting early on against discrimination towards jews and African Americans, saving land from development, freeing scholars to pursue their research interests, or supporting the development of computers long before their potential was clear.
Posted by Stephen Hiltner