It being Oswald Veblen's birthday today, June 24, and it being summer, it seems a good time to show some photos of where the Veblens would likely be this time of year, at their cottage in Brooklin, Maine. These photos, sent to us by the super helpful staff at the IAS archives, were probably taken by Oswald himself, as he became interested in photography later in life. The first photo, on the porch of their cabin, could be a stage set, with Elizabeth (May) Veblen dressed in white to stand out. Someone out there probably knows who the others are. Tea was central to the Veblen lifestyle, and through the Veblens became integrated into faculty life at the Princeton math department and the Institute for Advanced Study. 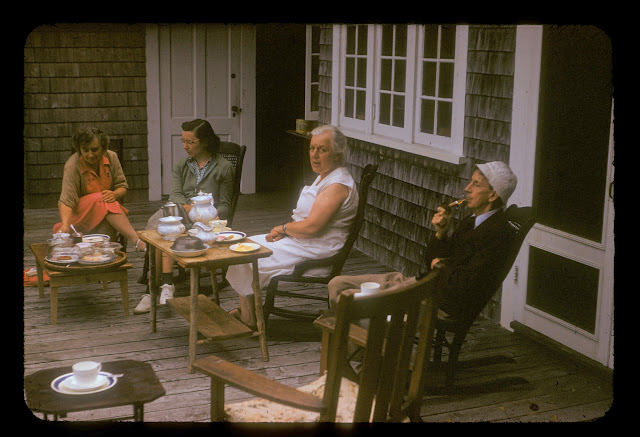 Their Maine cabin had a lot of charm, kept in what appears to be an informal, rustic state,

with a view out over Naskeag Bay from the upper balcony. 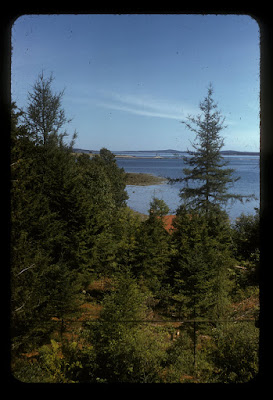 A large fireplace, books, comfortable chairs, an ocean breeze--must have been a peaceful respite from academic life. 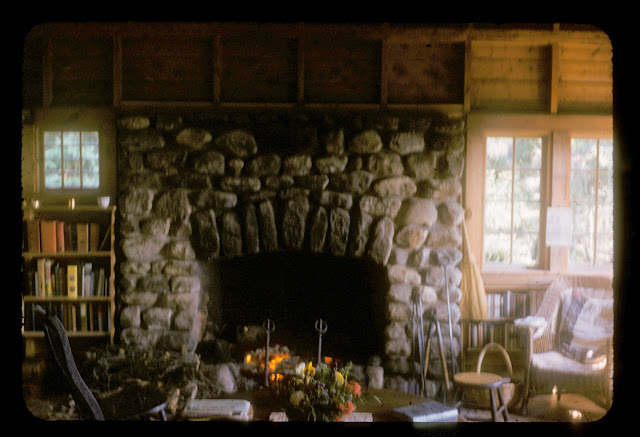 Each item in these photos surely has a story behind it. 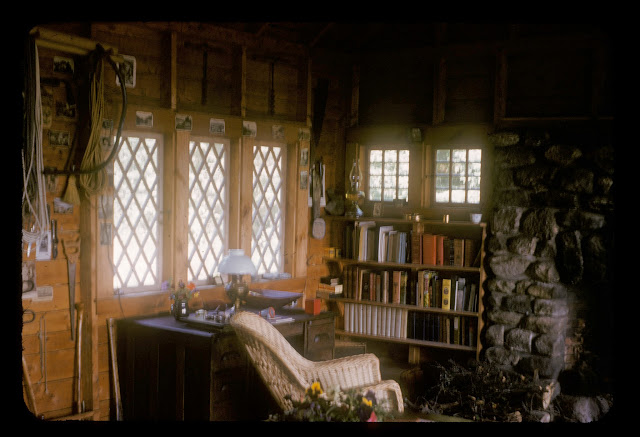 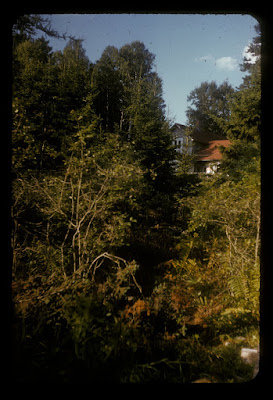 The boathouse opened out to the bay. 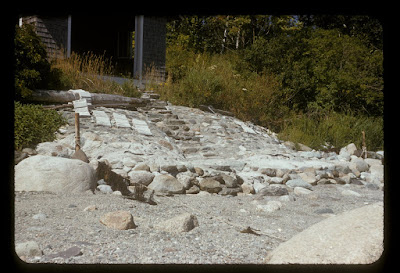 And the bay opened out to the ocean. 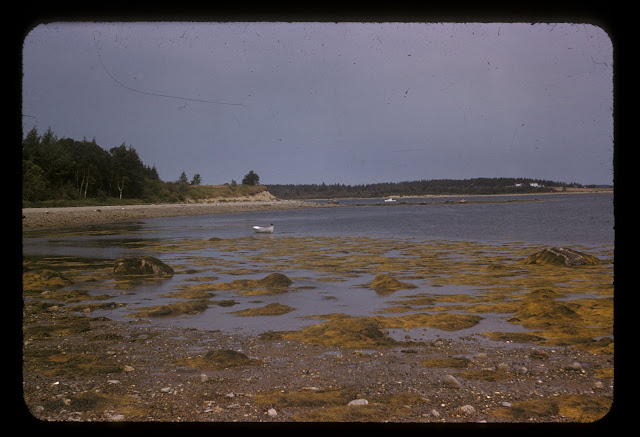 Veblen grew up in the midwest, but his career took him to Europe many times. He must have been comfortable spending his summers on the edge of America, looking out towards Europe, occupying the borderlands between Old World and New--a recurrent theme in his career and marriage.

Thanks to the IAS for these photos: Oswald Veblen photographer.  Oswald and Elizabeth Veblen Papers and Photographs.  From the Shelby White and Leon Levy Archives Center, Institute for Advanced Study, Princeton, NJ, USA.