A Pileated Woodpecker Pays a Visit 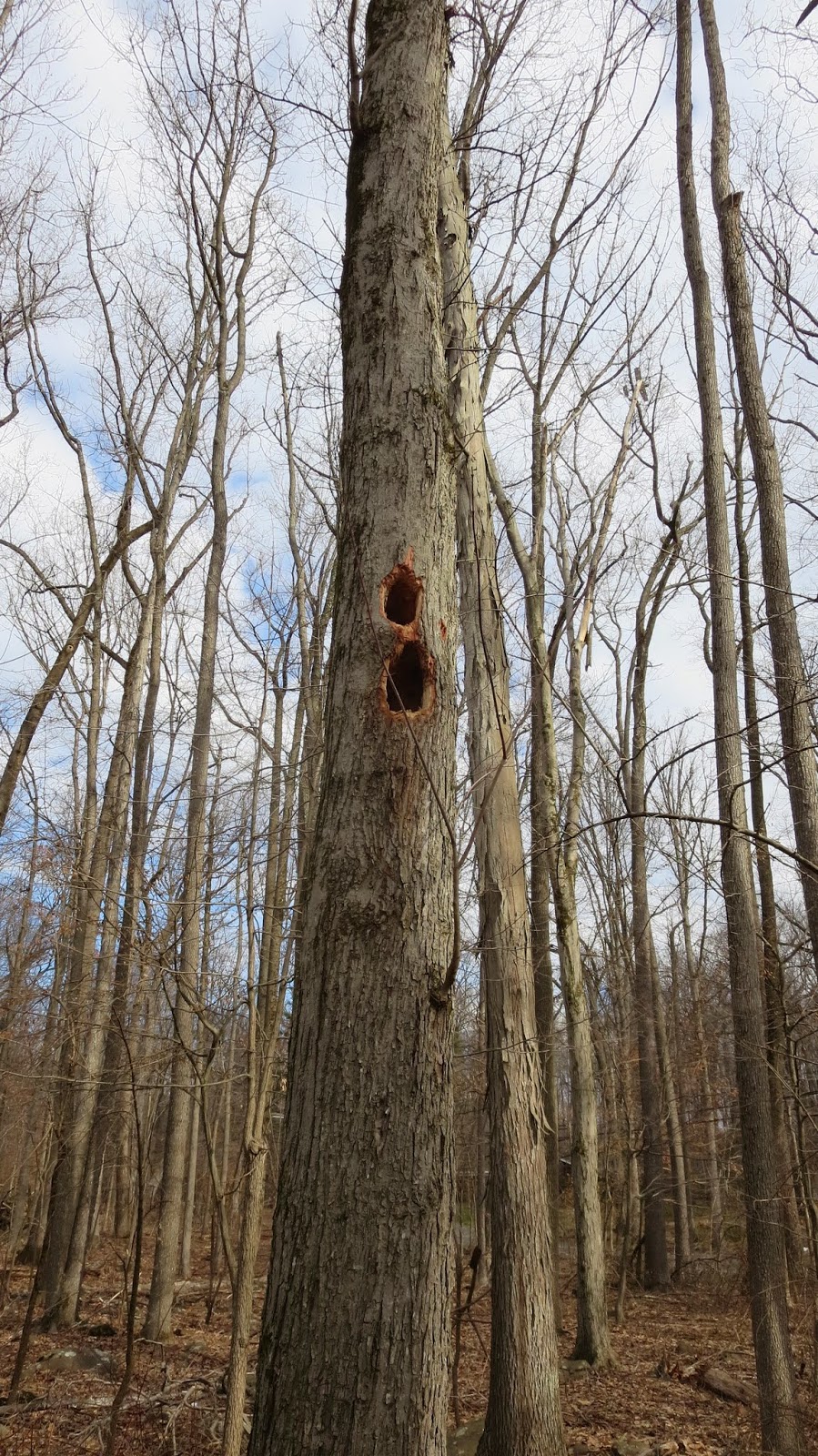 After a recent Rotary Club workday at the Veblen House site, one of the volunteers called to us as he was walking down the driveway. 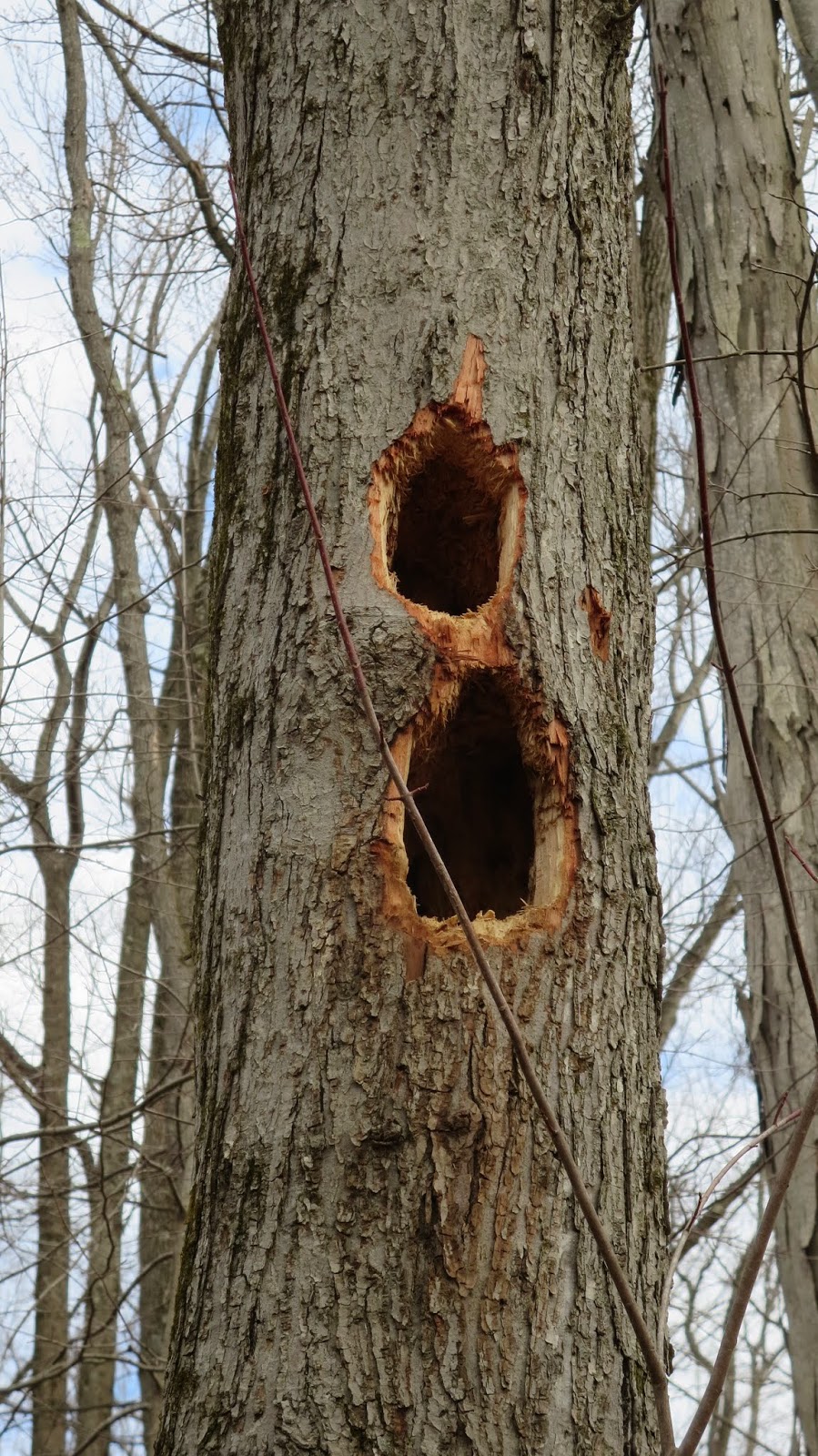 Turned out he'd noticed two gaping holes in a white oak, whose size suggested the work of America's largest remaining woodpecker. The Ivory-billed was larger, but hasn't been seen in the southern swamps for decades. 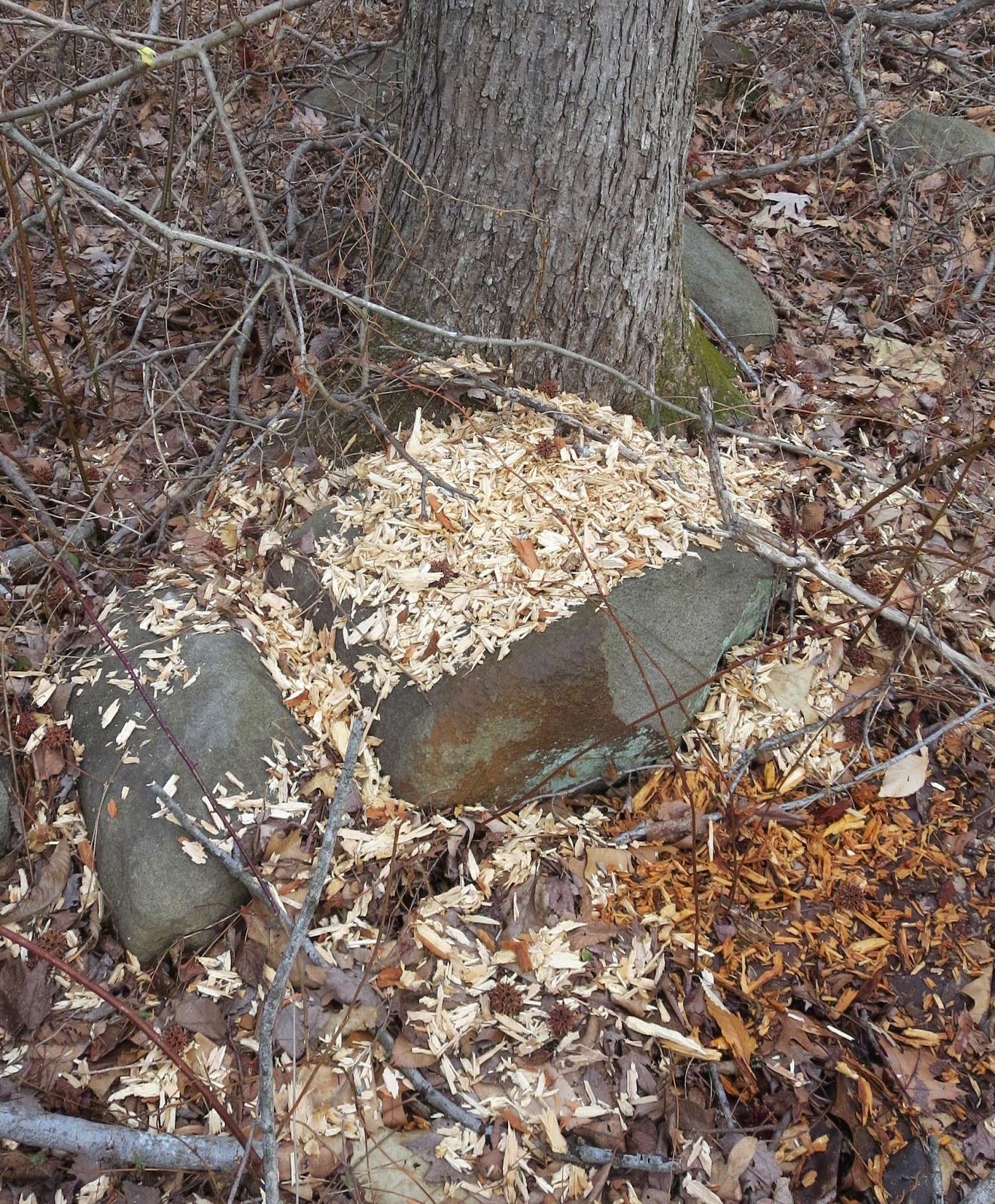 The tree must have housed quite a cache of carpenter ants--the Pileated's main source of sustenance--to rationalize all of this chopping. 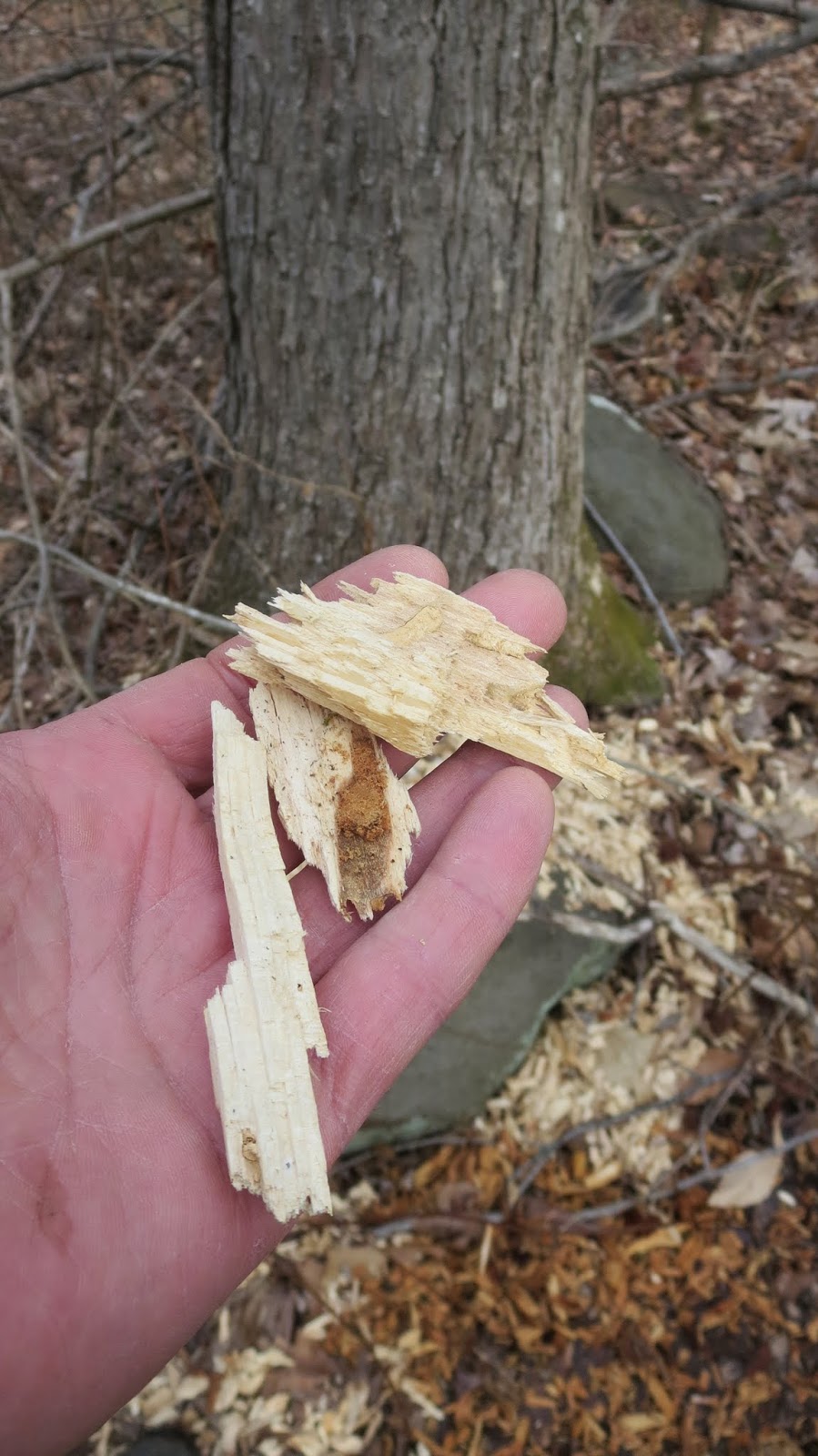 The sound of a pileated's woodpecking is said to be similar to that of someone chopping wood. The impressive size of these woodchips suggest considerable impact.

The long corridor of preserved Princeton Ridge woodland, which began with the Veblen's initial donation of 85 acres in 1957 and continues to be built on through local initiative, makes excellent habitat for these impressive birds.

This link should take you to photos of baby Pileateds poking their heads out of similar holes.
Posted by Steve Hiltner