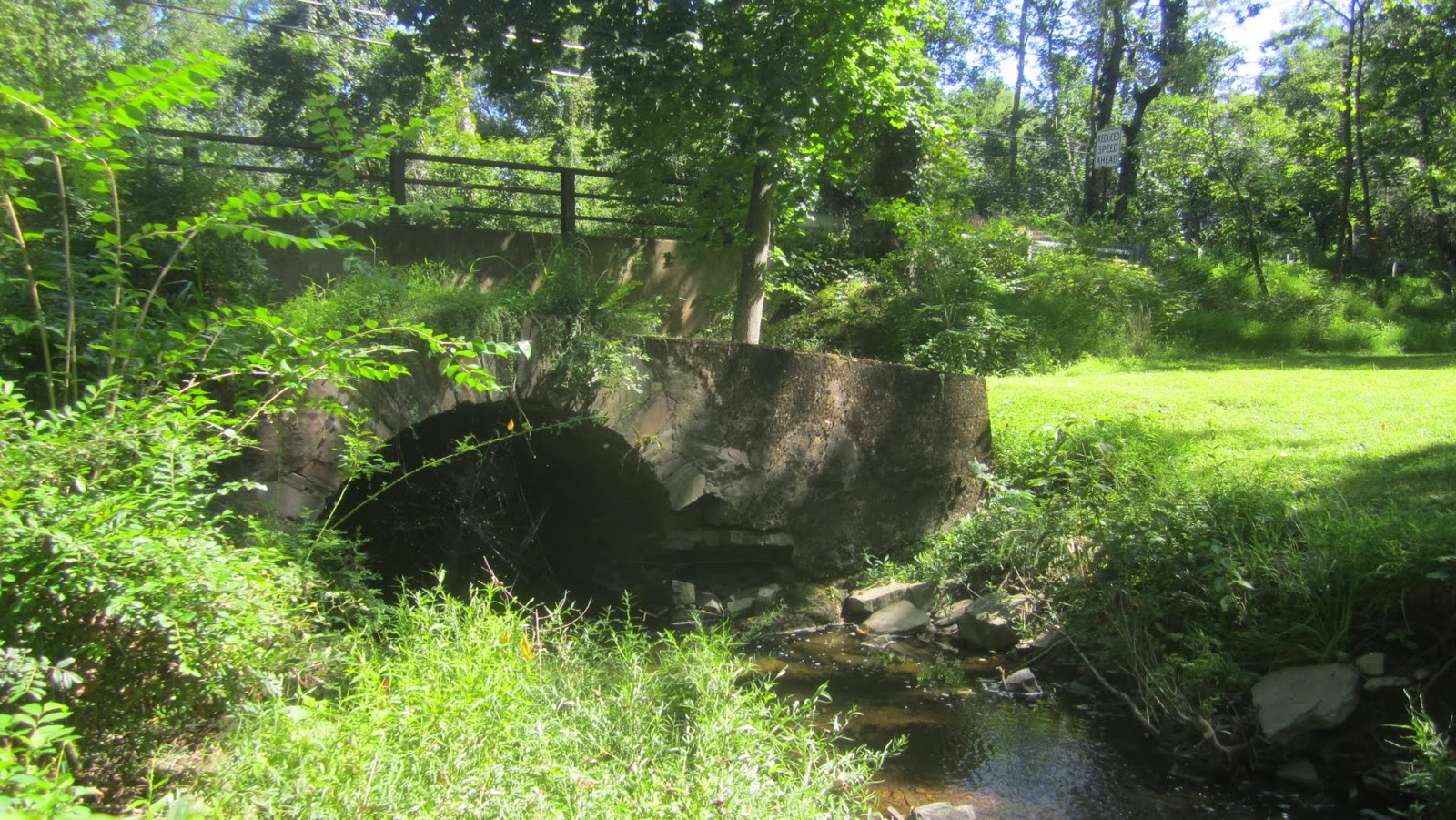 On the way out to Herrontown Woods, there's an old bridge hiding in the weeds next to Snowden Lane. A branch of Harry's Brook flows through it. This looks to be the original bridge the Veblens, and farmers like Jac Weller, would have used on their way in to Princeton. 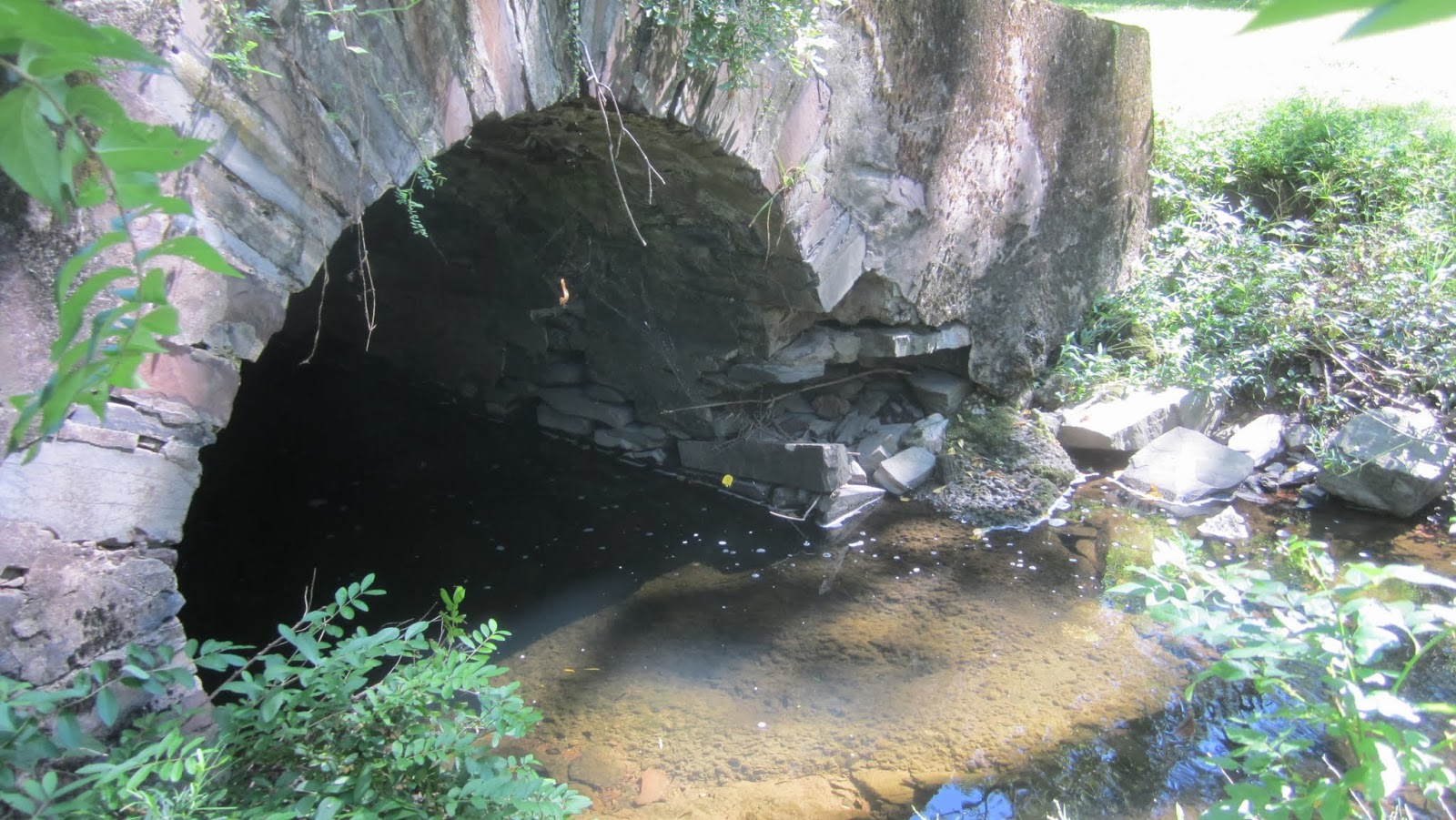 A closer look shows that some stones are coming loose. What's that old expression, "A stone in time saves nine"? I contacted the town engineering department to alert them to the problem. The response was "The old bridge is on private property..........we are considering a bike path along this section of Snowden in the future. If we are successful in obtaining an easement we could fix the bridge at that time."

That stretch of Snowden Lane currently puts cars in close proximity with joggers and people walking their dogs. Anyone in the Little Brook School neighborhood heading out to Smoyer Park or Herrontown Wood has to "run the gantlet" of narrow pavement, with cars passing by on one side and a ditch on the other. It's good news that a bikepath is being contemplated, but until easements can be obtained from homeowners along the route, the bridge and the bikepath will remain in limbo. As the Veblen House has demonstrated, limbo can linger for a long, long time. 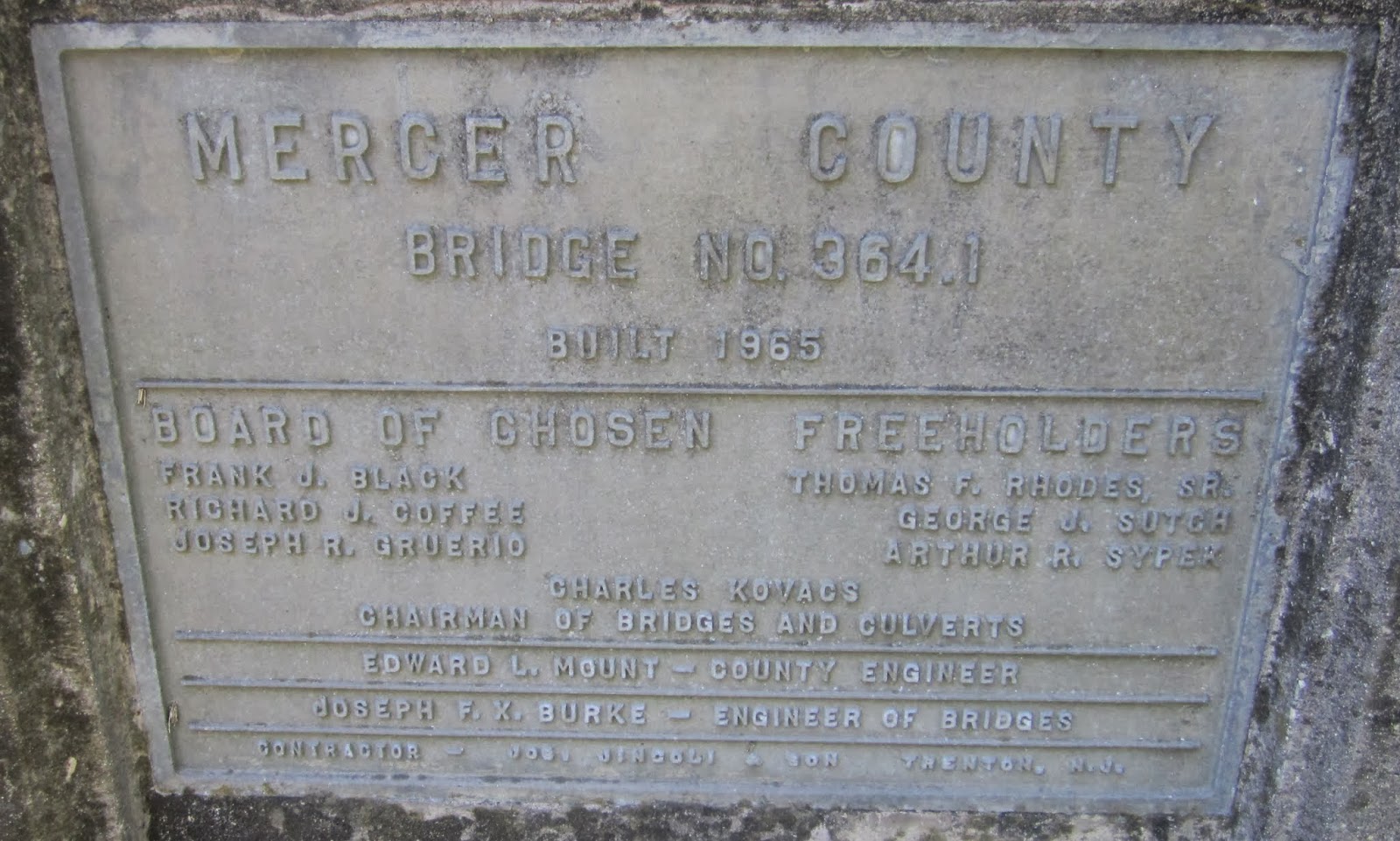 From the plaque on the newer bridge, looks like the old bridge served until 1965. 2015 would mark 50 years. Sounds like a nice round number for a ribbon cutting ceremony.
Posted by Steve Hiltner