Not sure how the snow got activated in this photo, unless I pushed the wrong button on the camera, but it looks like a Happy Holidays greeting card from Veblen House. 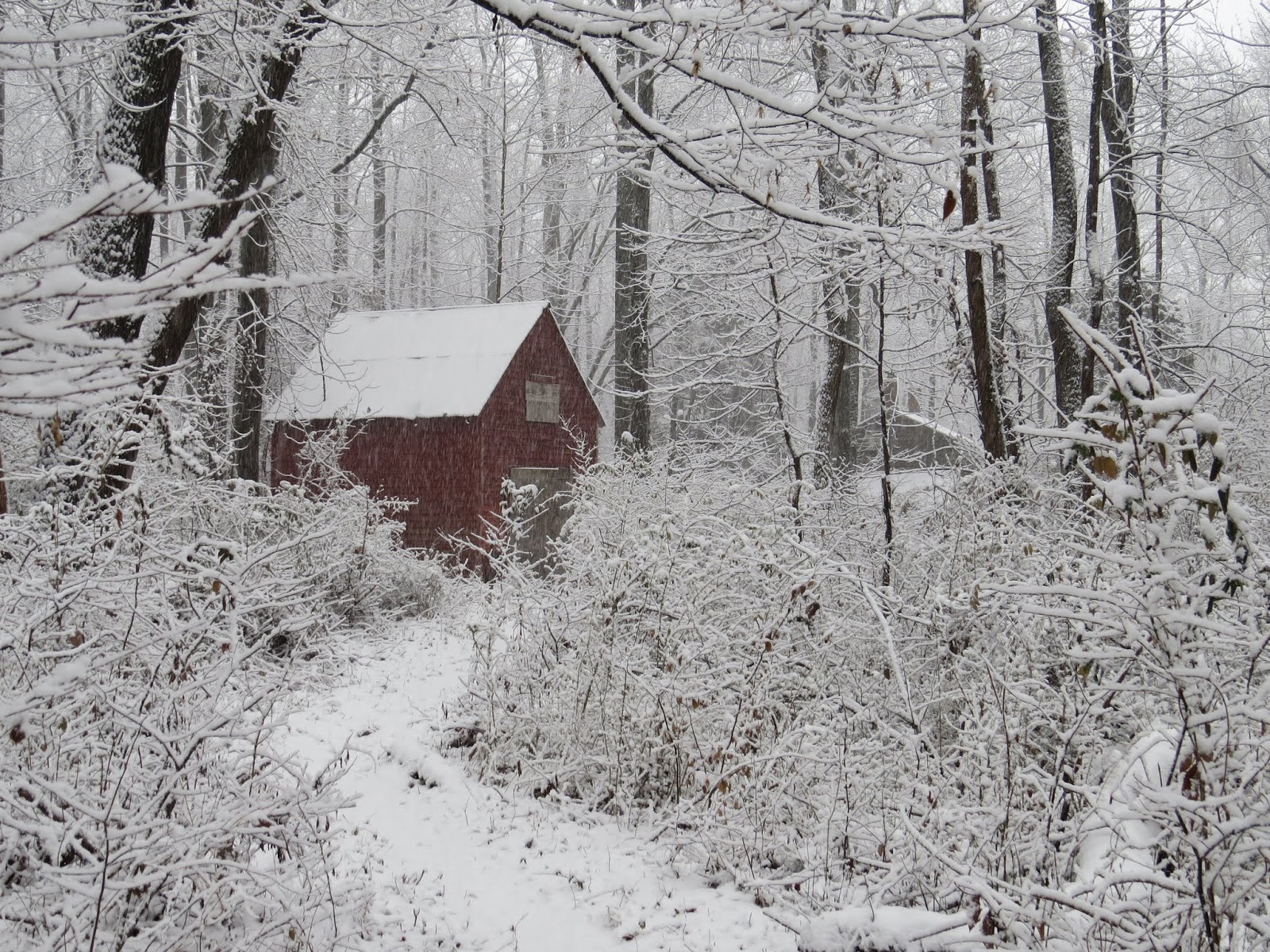 Snow adds definition to the landscape, and helps convey how this 1870 farmstead adds to the sense of place at Herrontown Woods. 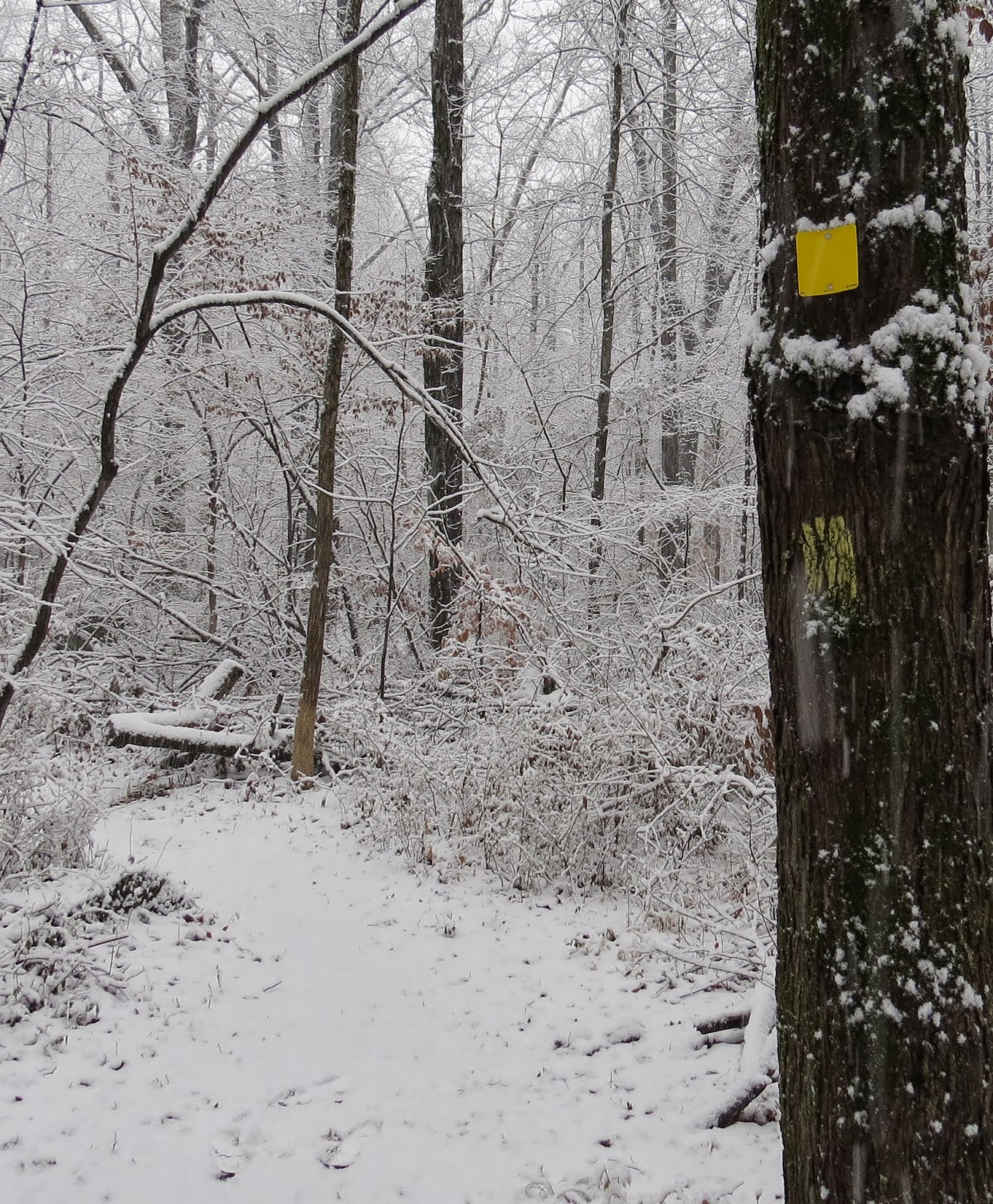 According to Dorothy Bedford, "My Girl Scout troop Junior troop 1812 did many of the stepping stones on the paths (red, green, yellow trails) and across streams in the fall of 2006 as their Bronze Award service Project, in cooperation with the County. The trail marking tape (red, white, yellow, green dots) are left over from that project so the girls could find their way around the park." 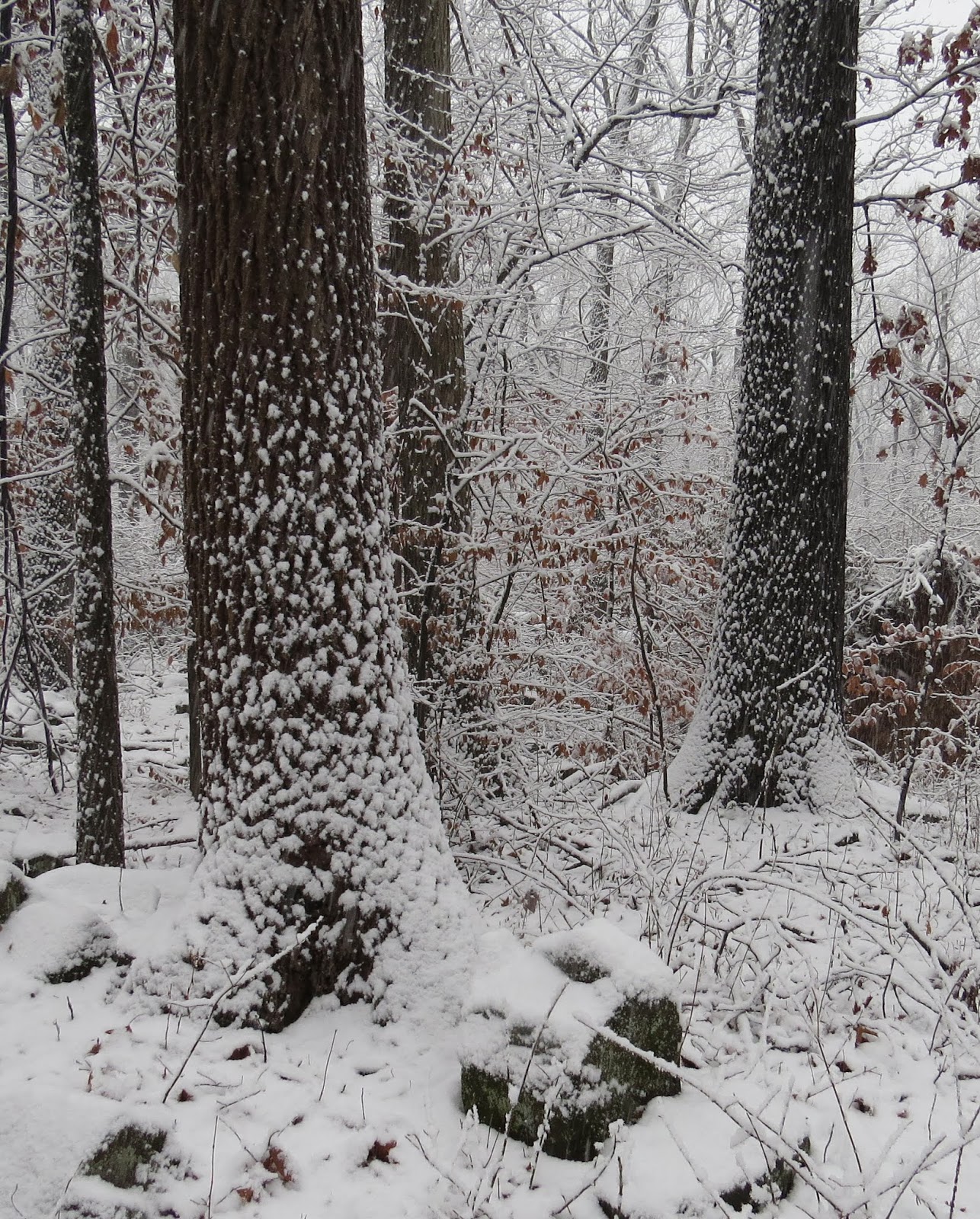 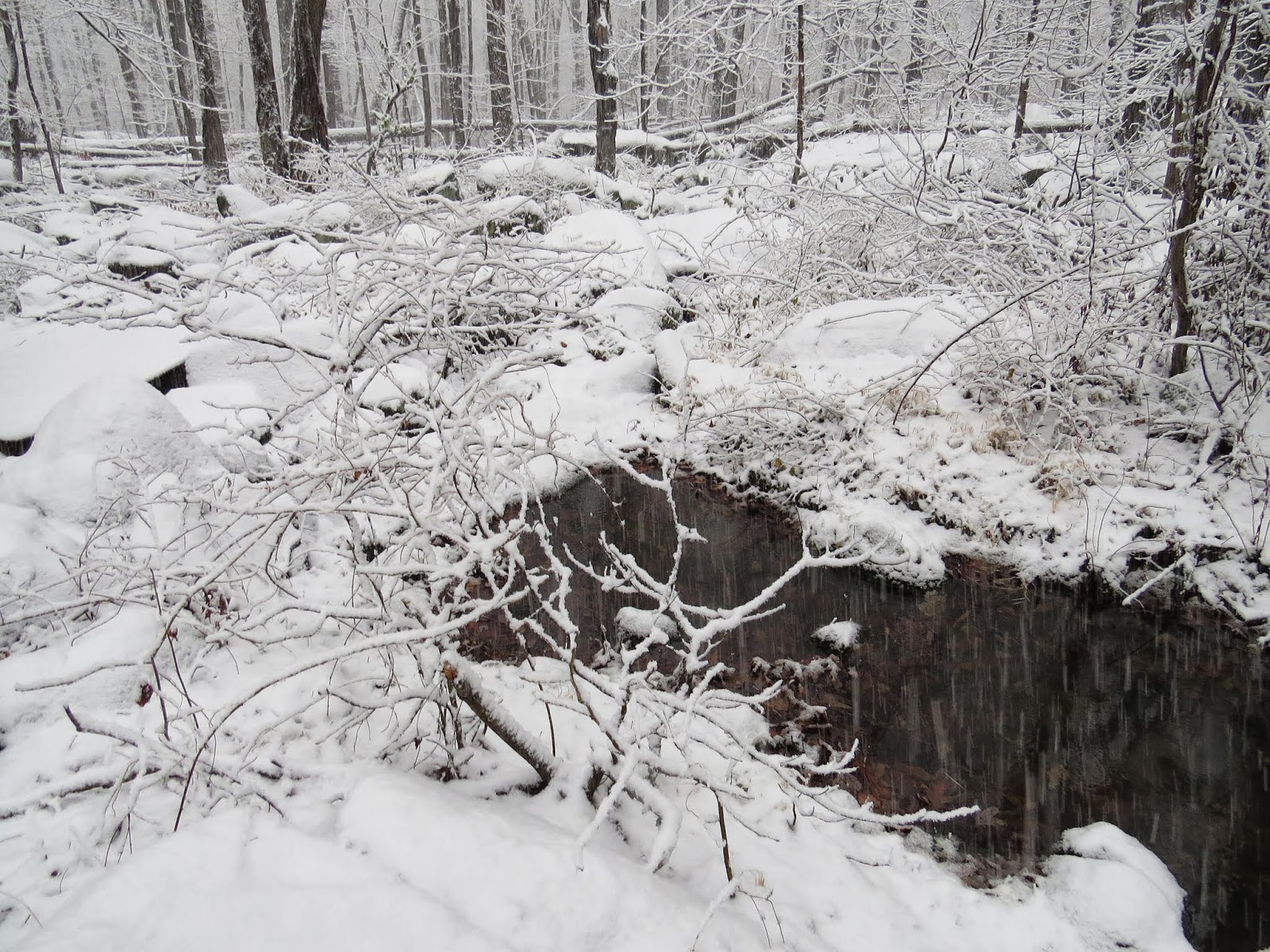 Fallen branches obscure this broad boulder garden, through which a stream flows. The Sourland Preserve has a similar formation called Roaring Rocks, which likely roars when the stream that flows deep within it gets going after a big rain. Herrontown Wood's version might best be called whispering rocks. 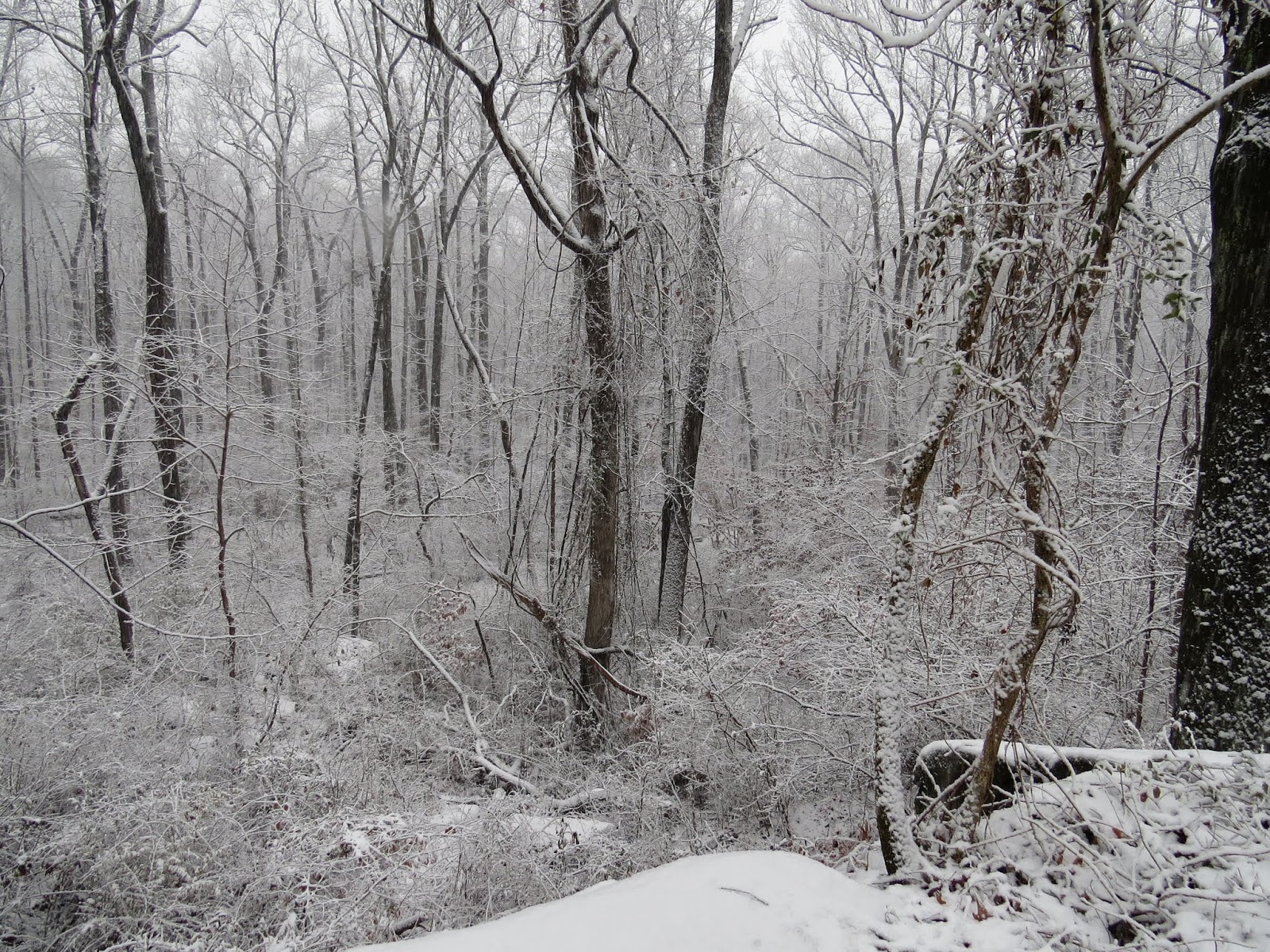 The view from the cliff. 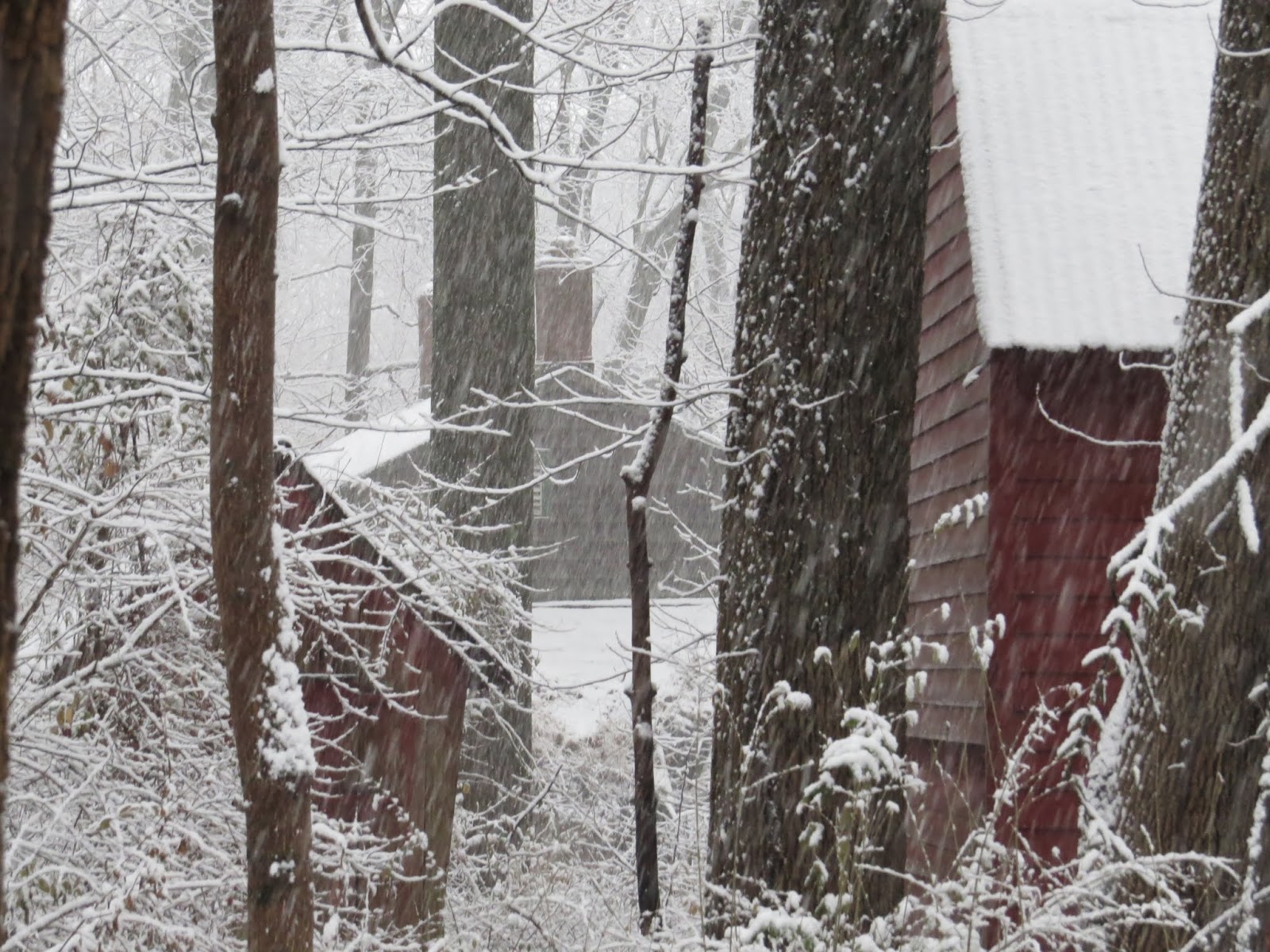 Roof lines contrast with the verticals of trees. Nature and culture peacefully intertwined.