The Distinctive Windows of Veblen House

Veblen House has beautifully crafted windows, with oak woodwork and little details that add up. 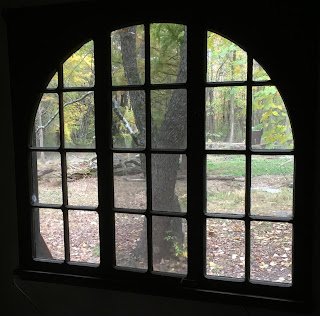 The living room windows, looking out on the expansive garden, create almost a cathedral effect. 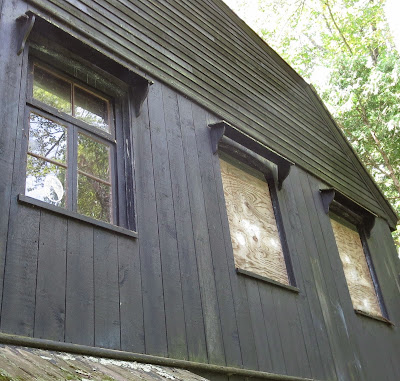 Outside, the windows have distinctive hoods. Only one other house in Princeton has been found with this feature. 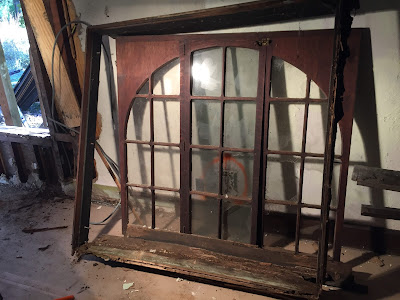 One window, located under a balcony that had channeled rainwater towards the wall, was removed to repair the rotted framework. 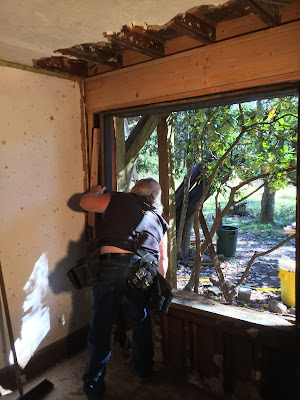 First step was to jack up the ceiling and install a header. 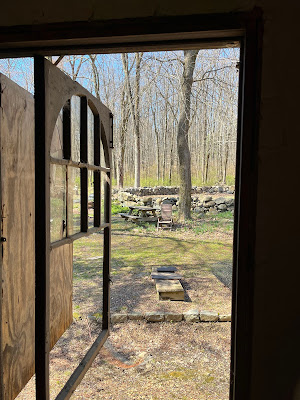 The windows still function, but some have lost some wooden muntins due to break-ins during the long period of neglect. 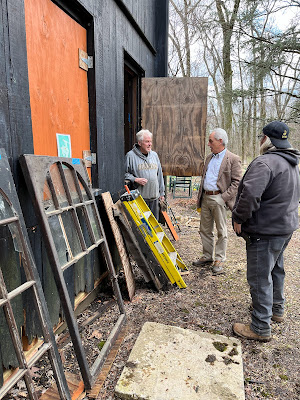 Fortunately, architectural historian Clifford Zink has offered to repair them with wood he has collected over the years.

The windows slide open on hardware designed out west by Vincent Whitney Co. 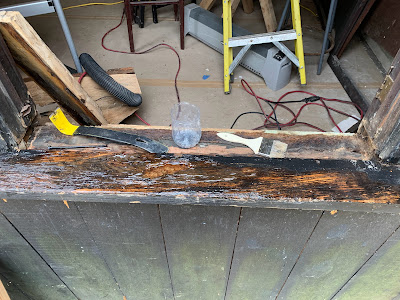 Meanwhile, Robb is cleaning up any rot on the sills and applying epoxy. 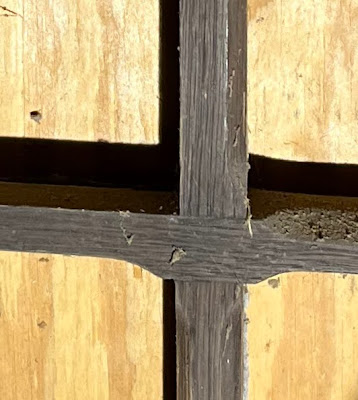 As an example of how much thought and craft went into building the windows, most of the muntins are beveled, but a few are not. It might look like a defect or oversight until one notices that the unbeveled muntins are strategically located around two panes, at the top left and right of each window that faces south or west. I theorized that they were left with straight edges so that ornamental glass, e.g. stained glass windows, could be inserted from the inside and held in place. 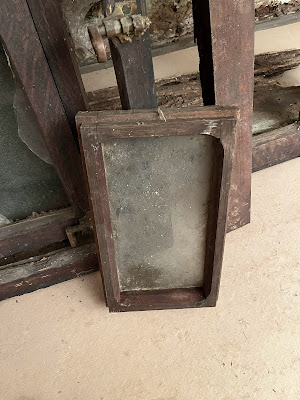 Then I happened to go up in the attic. I was showing a Princeton University architecture student around, and his intense curiosity about the house got me looking more closely. The house has been stripped of most everything from the Veblen days, but in a corner of the attic was a pile of glass windows that looked about the right size to fit in the big windows downstairs. 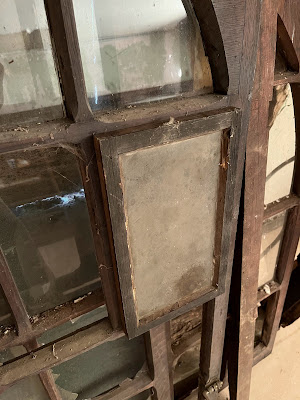 Sure enough, these are what originally slid into those specially cut spots in the south- and west-facing windows. Though all dusty now, slipping them in place would have creating a space with a clear window on front and back. What would they have put in there? I could imagine dried flowers, or shadow puppets, or stained glass. A nifty idea.
Below is a photo of the living room of Veblen House from the 1950s, when the Veblens were living there. No sign these display panels were in use back then. The view of Elizabeth's garden through the windows probably created its own stained glass effect. 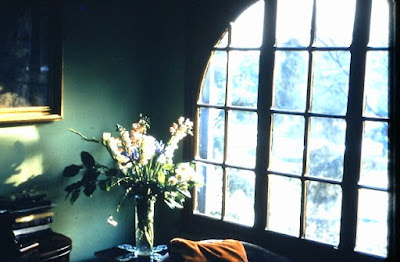