Themes from Veblen House Show Up in Children's Books 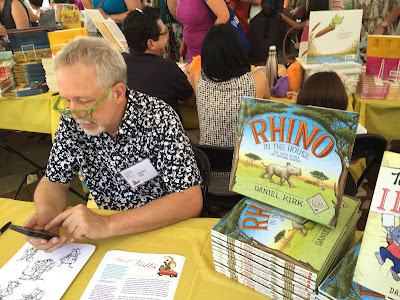 When the Veblen's donated their house to the public trust, they conceived of it becoming a museum and library. We hope to incorporate these elements into the house as part of its future use as a community gathering place for meetings, talks and performances. The library would ideally be a collection of books connected thematically to the Whiton-Stuart and Veblen families.

So it was that, amid the crowds of kids and parents exploring the sea of books and talking with the authors at the recent Princeton Children's Book Festival,  I sought out books with themes related to those who had built and lived at Veblen House.

Daniel Kirk's book, Rhino in the House, caught my eye. It tells the story of Anna Merz, who witnessed the plight of rhinos in Africa and decided to create a preserve where they would be safe from poaching. Our Veblen House historical research has uncovered a remarkable connection to these heroic efforts. The Whiton-Stuarts' grandson-in-law is Esmond Bradley Martin, who has devoted his life to saving rhinos and elephants in Africa and Asia.

In Anna Merz's obituary, we learn that Esmond Martin was Merz's first contact in Africa as she became interested in rhinos.

Retiring to Kenya with her second husband in 1976, Merz learned from elephant and rhino conservationist Esmond Bradley Martin that rhinos were close to being poached to extinction throughout their range in both Africa and Asia. In 1982 Merz invested her own savings in helping David and Delia Craig to convert their Lewa Estate into the Ngare Sergoi Rhino Sanctuary.

This interview of Martin, in Swara Magazine: The Voice of Conservation in East Africa, includes a photo of Anna Merz with the orphaned rhino, Samia, that she raised and is featured in Kirk's book. 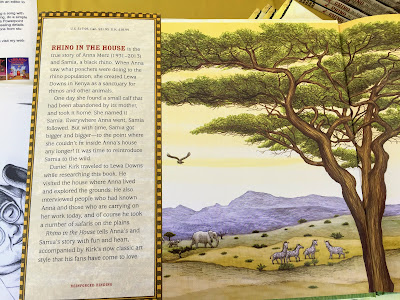 There's a short video about the book, with the author on location in Africa. 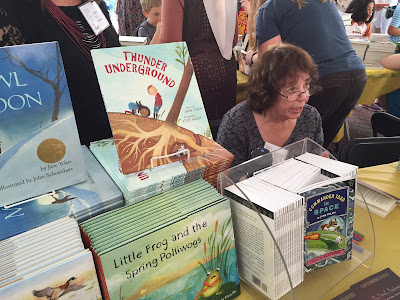 Author Jane Yolen's work first caught my eye with the assonant title "Thunder Underground". I had been looking (in vain) for books that depict the invisible mechanisms of climate change, and Thunder Underground seemed a related effort to convey the unseen to children. 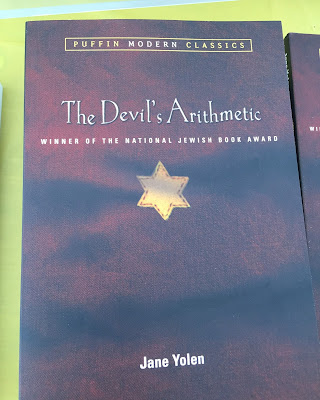 But more relevant to Veblen House is her book, "The Devil's Arithmetic," about the detailed records the Nazi's kept of what became known as the Holocaust. Veblen led efforts to find employment for jewish physicists and mathematicians seeking refuge in the U.S. as the Nazi's took control of Germany in the 1930s. 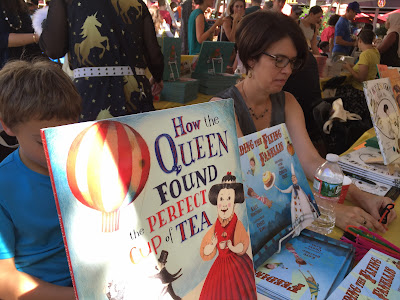 Kate Hosford's "How the Queen Found the Perfect Cup of Tea" looks like good reading for an envisioned children's reading hour next to the hearth at Veblen House. The Veblens instituted the tradition of tea, first at the original Fine Hall mathematics center on Princeton University campus, then later at the Institute for Advanced Study. The tradition lives on, daily at the IAS, and periodically at what is now called Jones Hall. Elizabeth Veblen developed her passion for tea growing up in York, England, before moving to Princeton and meeting Oswald, whom she must have decided was her perfect cup of tea.