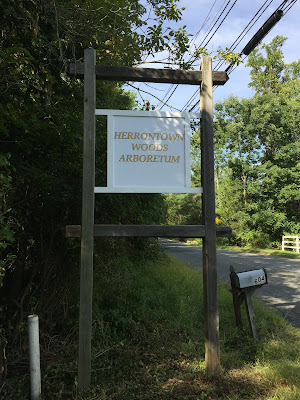 Thanks to friend of the preserve, Timothy Andrews, who posted on the Friends of Herrontown Woods facebook page about the decaying preserve sign at the preserve entry on Snowden Lane. He ultimately contacted the county and asked them to replace the sign. He got quick action as a new sign appeared within days, with an attractive font declaring, simply "HERRONTOWN WOODS ARBORETUM." 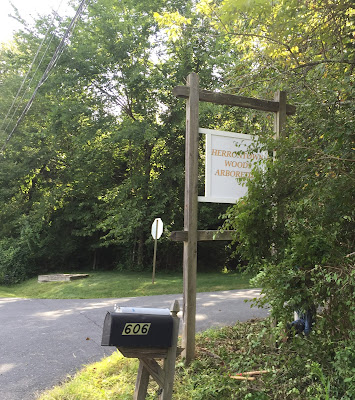 Some of us on the FOHW board noticed that the sign wasn't visible from one side, 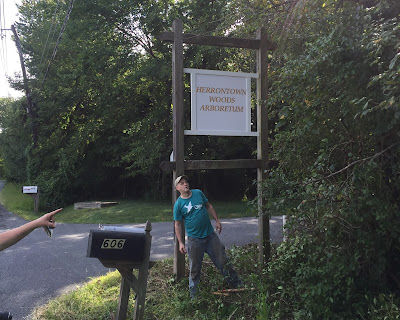 thus commencing a How-many-board-members-does-it-take-to-cut-back-foliage episode, which had a happy ending. 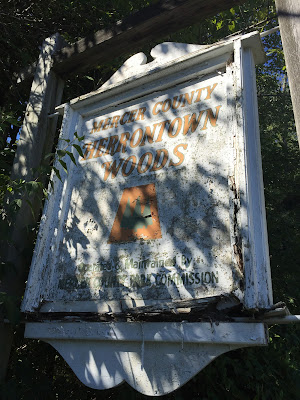 The old sign may well have dated back to the Veblens' original donation of the first 80 acres back in 1957. 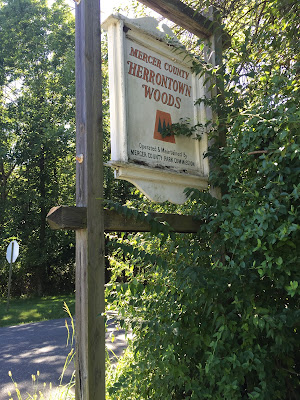 It looked a little better on the side less exposed to the elements, but the replacement was greatly needed. That the county is not mentioned on the new sign may relate to the likely transfer of the park to Princeton municipality at some future point.

The "Arboretum" portion of the name dates back to the beginning, though the now 140 acre preserve lacks any traditional cultivation of trees. A stand of white pines planted in Veblen's time near the parking lot has largely been blown down by storms. Any trees that have been planted by our Friends group are native, and are intended to blend into the natural setting rather than be shown off as specimens. Examples are butternuts, chestnuts, hazelnuts and pawpaws planted near the Veblen House.

Thanks again to Timothy for his initiative and the county for their response.
Posted by Steve Hiltner