Celebrating the Lives of John and Alicia Nash 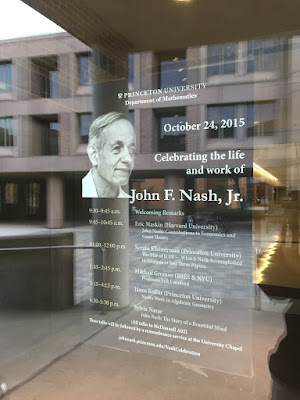 There was an extraordinary day of celebrating the life and work of mathematician John Nash and his wife Alicia at Princeton University on Saturday, October 24. 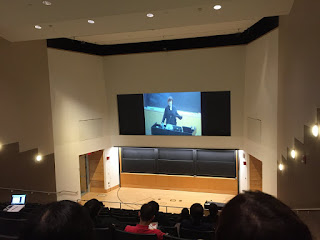 Coming five months after he and his wife were killed in a car accident while returning to Princeton from Newark Airport, the series of talks about his work culminated in a moving talk by Silvia Nasar, author of A Beautiful Mind. It's a powerful story of Nash's descent into schizophrenia. That he had Alicia to return to was mentioned as a powerful force in what for victims of the disease was a rare recovery, allowing them to share many good years before they were taken from us. 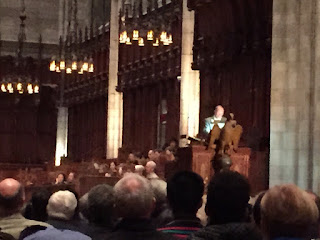 The talks were followed by a remembrance service at Princeton University Chapel. There's a writeup with photos on the Princeton University website. Though I didn't know John Nash, I found the service very moving--the beauty of the music, the testimonials, the splendor of the chapel. Jim Manganaro, who was a good friend of the Nashes and has expressed ongoing interest and support for the Veblen House project over the years, was one of the speakers. Noting John Nash's precise use of the english language, he told the story of Alicia saying at the dinner table that an offering of pie was too big for her, since she was on a diet. John pointed out that the piece of pie was not too big for Alicia, but too big for a diet. 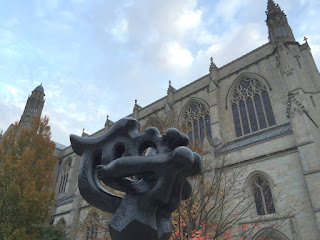 A Veblen connection--a chapter of A Beautiful Mind begins with a description of "May" Veblen, Oswald's wife--is written about in a previous post.

Update, Nov. 10: I heard from Joseph Kohn, who MC'd Silvia Nasar's presentation, that the various talks will be making it on to the internet at some point.
Posted by Steve Hiltner