Photos from the 1950s show that the Veblen House grounds used to include a hay barrack (back left). The dove cote in the front right is mentioned briefly in a previous post about the house's first owner, JP Whiton-Stuart. Though the photo here shows the hay barrack being used to store firewood, it may have originally handled any surplus hay the barn could not hold. A barn that once stood behind this hay barrack burned down around 1950.

Bob Wells, who lived in the Veblen House from 1975 to 1998, calls the hay barrack a "hay marn" and explains its function thus:
"What I was calling a chicken coop was actually a hay marn, an Acadian form from Vermont (?). Pegs hold up the roof, which can be raised or lowered on four supporting cedar posts, depending on how much hay is stacked inside."

Bob and his son Dave used it as a rabbit hutch for growing some 50 Netherland dwarf rabbits. Dave traveled around the region to show the rabbits in contests, and won many trophies. 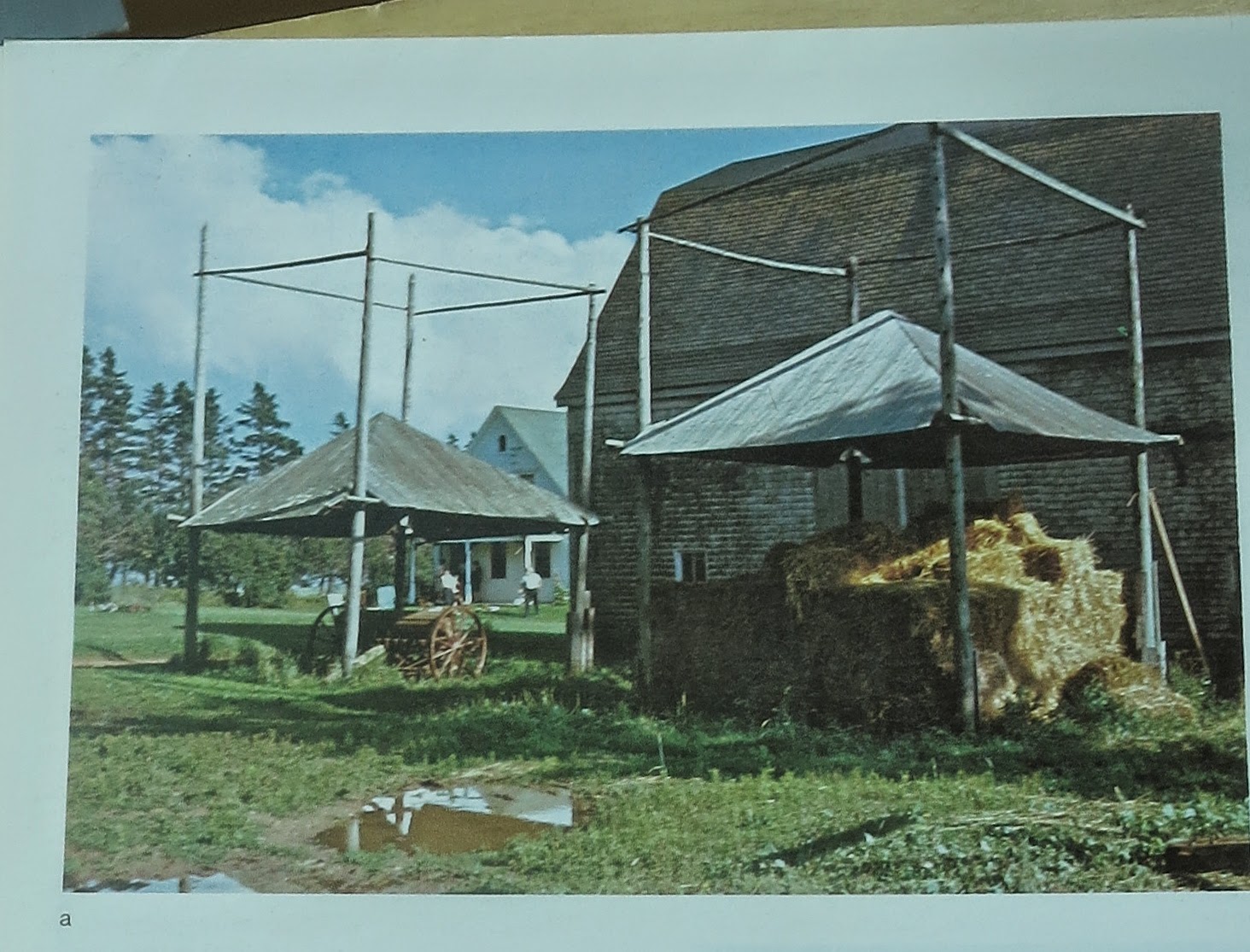 This scene with a slightly different design appears in a book entitled "The Barn", with a description: "This rather oriental-looking scene is actually on Prince Edward Island in Canada. Hay is protected by a hipped roof which can be adjusted up or down depending on the height of the stacked hay. It is a technique to be found on the Magdalen Islands as well as in other parts of the world." 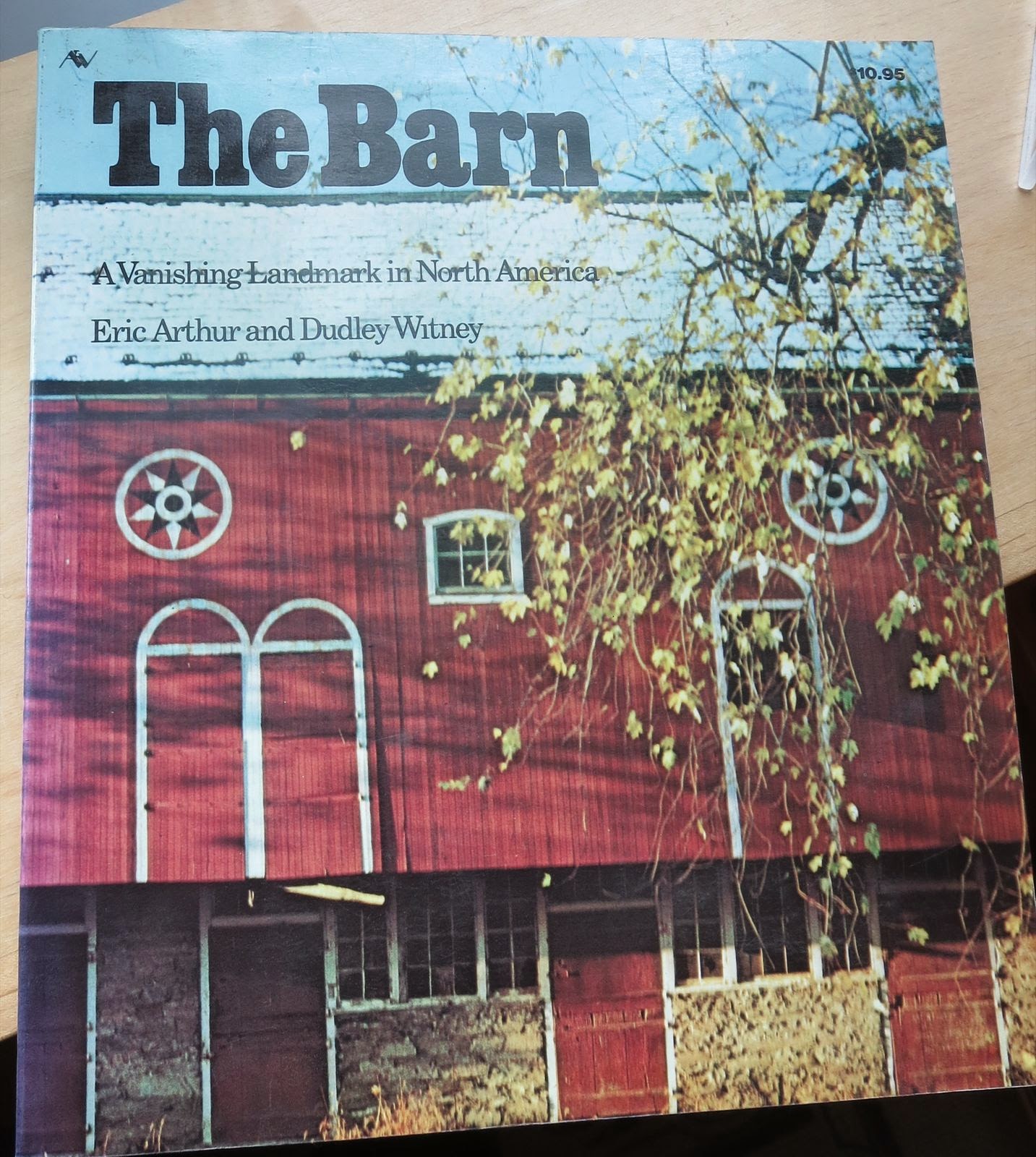 "The hay barracks were of Dutch origin, and were exclusively associated with areas of Dutch settlement in America. It was a feature of the traditional Dutch landscape that successfully became established here, but had no appeal to Englishmen, who kept their hay in barns. I am sad to hear that the (Veblen) barrack was taken down in 2008. Was it in such condition that it needed to be taken down? Usually the poles need to be replaced.

Hay barracks, once common in the Dutch areas of the State, are extremely rare today. In a fairly hasty canvas of the State, including discussions with several long-time architectural historians, we could collectively come up with only two barracks that could definitely be confirmed as still existing, and they were both on the same farm (in Hunterdon Co., I think). Leads to some others did not pan out, they having been taken down within the prior decade."

One aim of our rehab of the Veblen property will be to build a new hay barrack on its original site.
Posted by Steve Hiltner