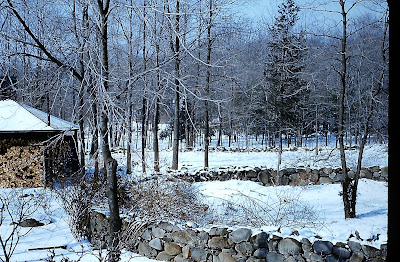 This photo from the 1950s shows two remarkable features on the Veblen House grounds. The hay barrack on the left, with its adjustable roof for storing hay or, in this case, firewood, was unfortunately torn down six years ago, but could be reconstructed.

The horse run, on the other hand, is still very much present, with its massive boulders skillfully set one atop another to form a circle, within which horses were once run as a quick way to give them a little exercise. My understanding is that the Veblen's longtime groundskeeper, Max Latterman, needed to exercise the horses that were kept in the barn that used to be next to this horse run. The barn burned down in the 1950s. The horse run may later have become a part of Elizabeth's extensive gardens.

The article about Max posted on this website May 7, originally from the 1980 Fall/Winter edition of the Mercer County Park Commission News and given to us by his daughter in law Jean, documents the presence of horses back in the 1930s, before the house was bought by the Veblens.


"Latterman's responsibilities, while employed by Mr. Stuart, included caring for the grounds, the two houses, the barn, shed and hay barrack, and also the hunting horses. Saddle sore or not, Latterman rode the horses every day to give them excercise. "It was not fun by the time I got off all of them", he said."

It's unclear whether the circular stone wall was built by J.P. Stuart or the Veblens, and whether it was originally built for horses or for some other purpose. The internet search most likely to bring up images of circular stone structures such as this is "sheepfold", which is the word used in England to refer to a pen for holding sheep. Elizabeth Veblen grew up in Yorkshire, England, and it's tempting to speculate that it was her influence that brought this structure into being. 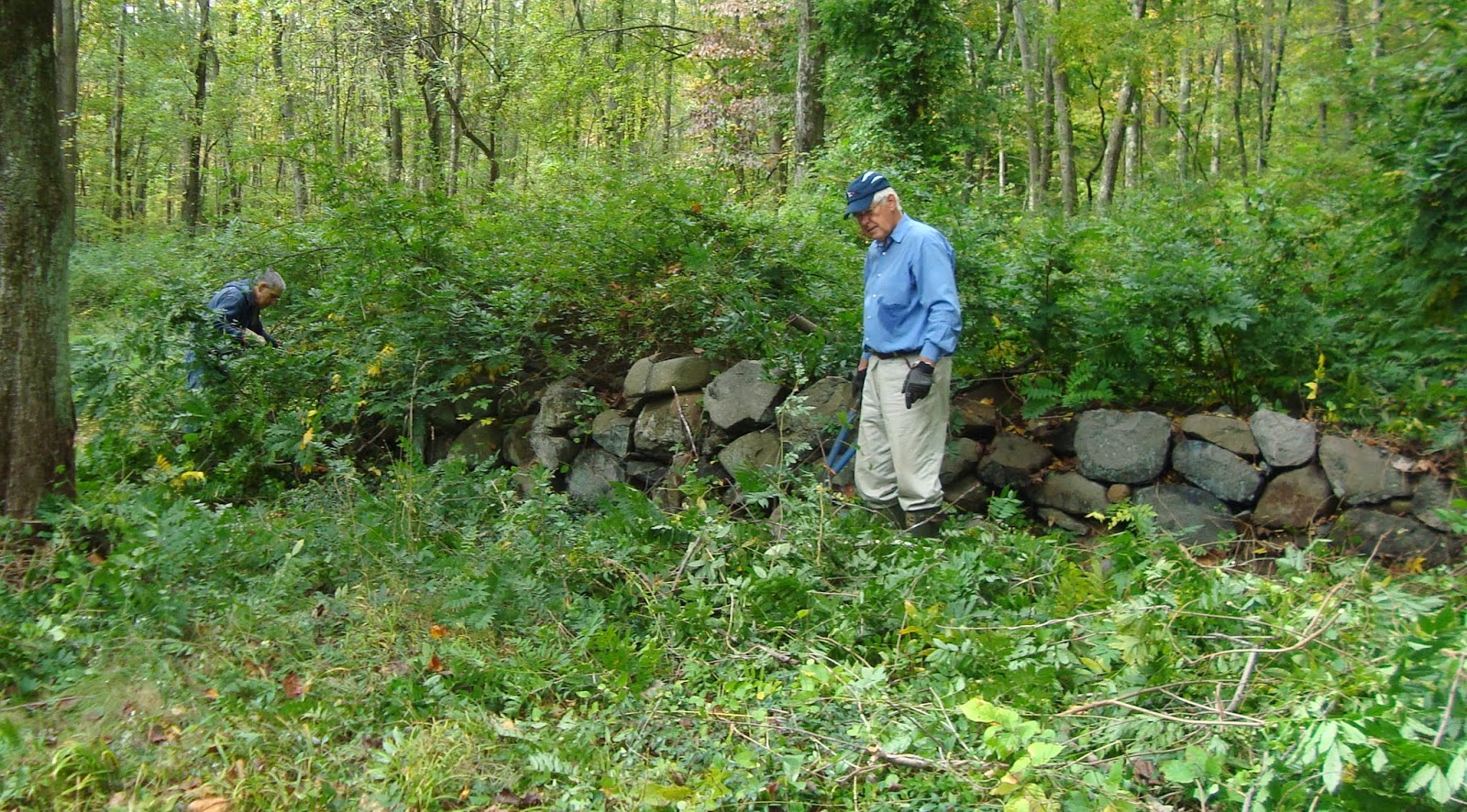 Here's a more recent photo, as volunteers with the Rotary Club of Princeton begin to free it from a sea of wisteria. 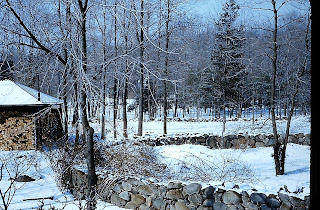