The Veblen Legacy on Exhibit 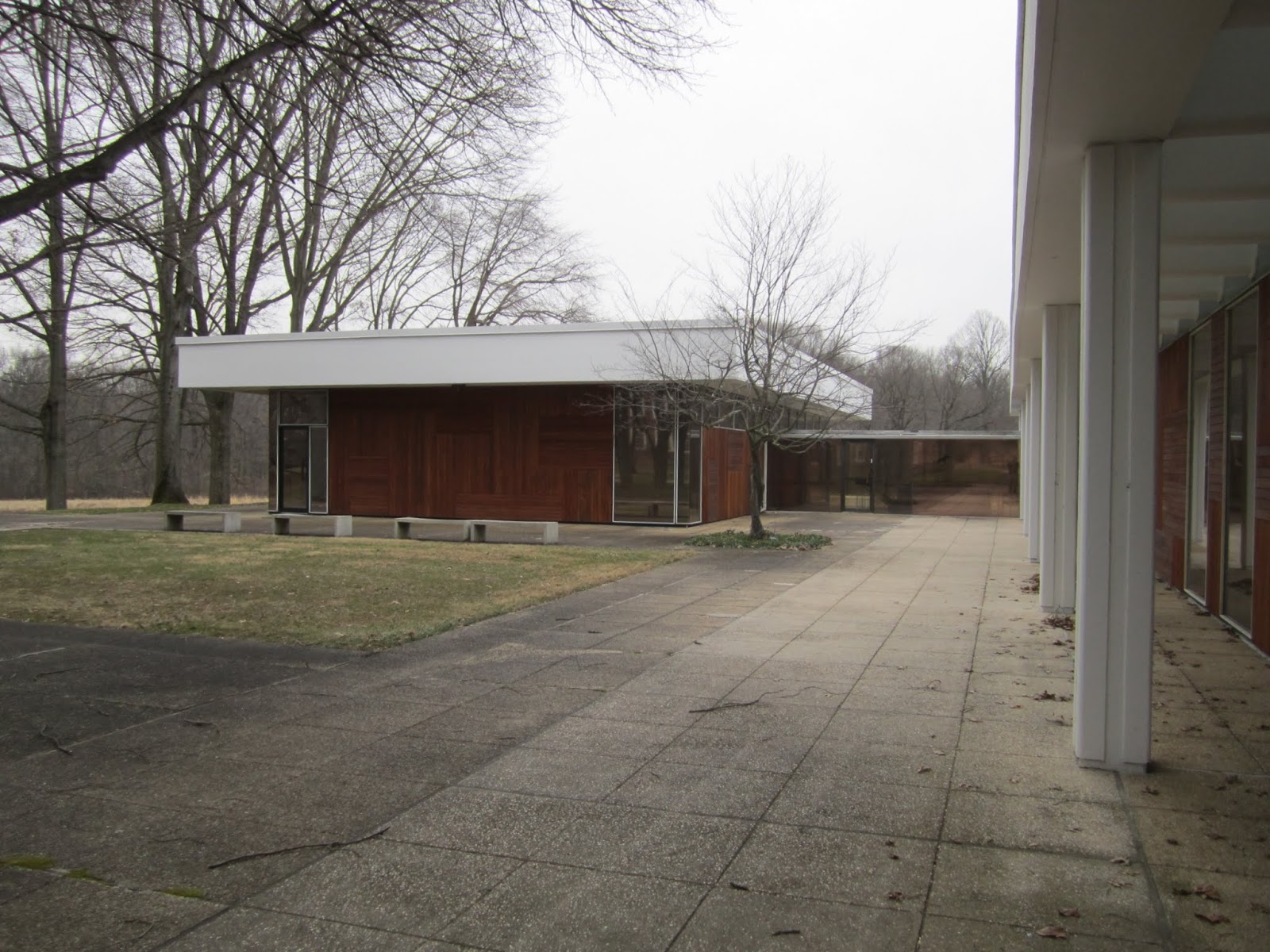 Coincident with my upcoming presentation on the Veblens and the Veblen House, at the Princeton Environmental Film Festival on Sunday, Feb. 10 at 11am, the archive room at the Institute for Advanced Study is currently hosting an exhibit on mathematician and visionary Oswald Veblen. There is, according to past director of the Institute, Peter Goddard, an increasing appreciation of Veblen's legacy.

Most people associate the Veblen name with Oswald's uncle Thorstein, the famous economist and social critic, who coined the phrase "conspicuous consumption". Mathematicians are aware of the Oswald Veblen Prize in geometry, awarded every three years. There is, however, no prominent book, phrase, building or nature preserve that bear's Oswald Veblen's name, and yet his influence and vision left a lasting mark in Princeton and beyond, across a broad range of pursuits. 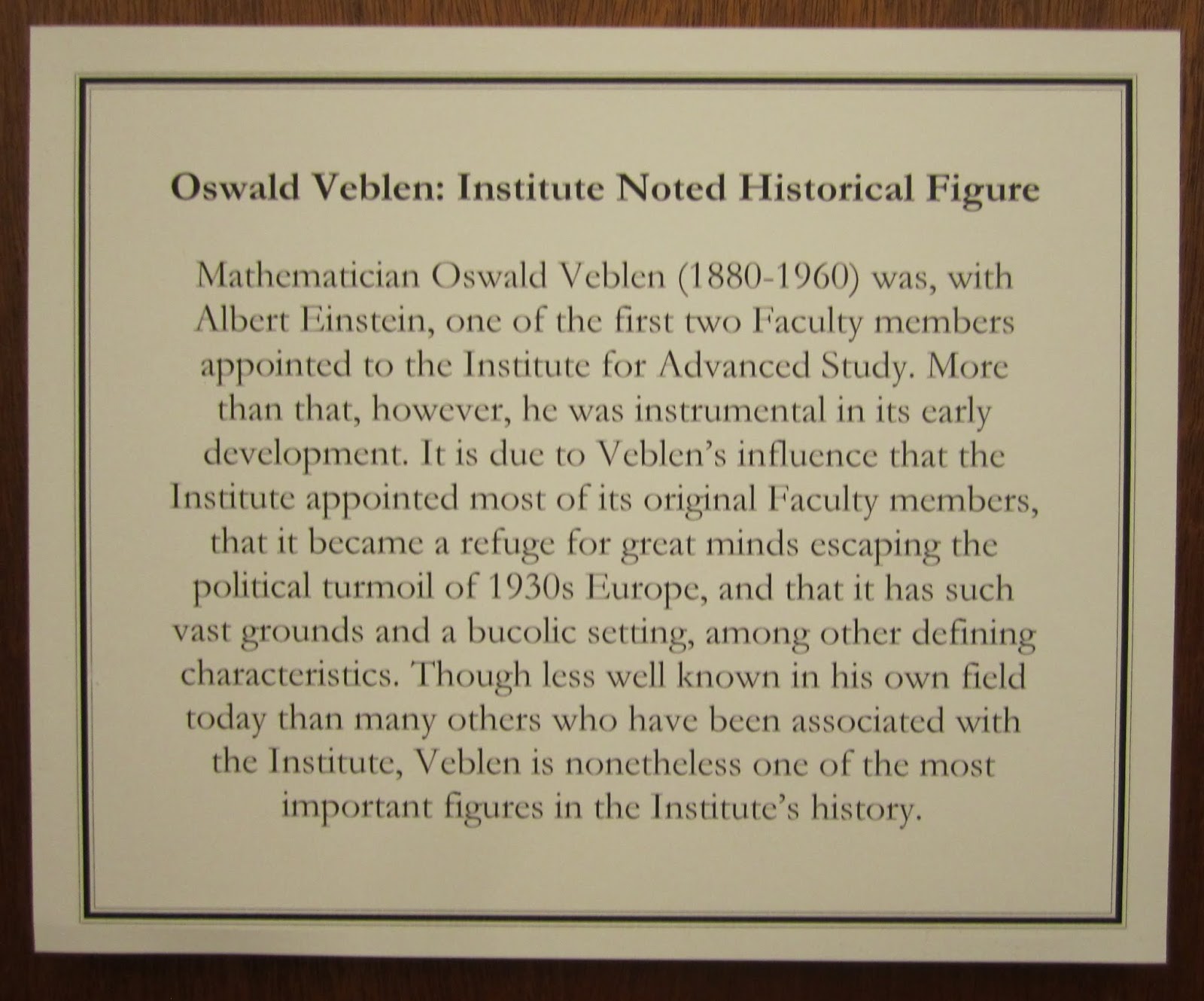 One of the documents on display provides a succinct summary. 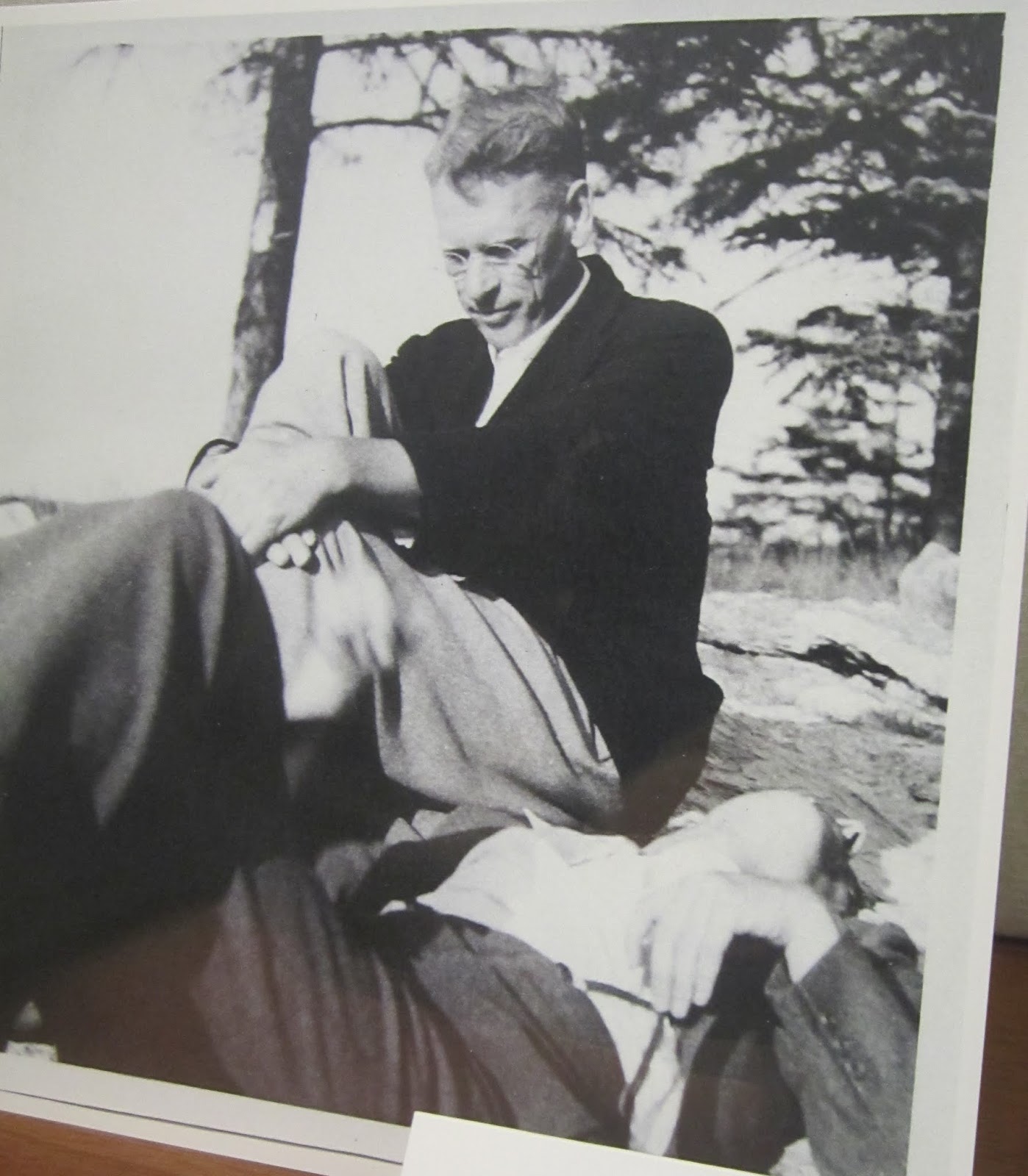 Veblen brought to Princeton elements of his bucolic midwest upbringing and his family's European roots, made manifest in his efforts to consolidate land for Herrontown Woods and the Institute Woods, and his influence in improving U.S. academic standards to better compete with European universities dominant at the time.

Nature for him was a place for both physical work and intellectual contemplation. His environmental interest was both outdoor and indoor--preserving forests while also designing innovative interior spaces such as Old Fine Hall (now Jones Hall) that set a new precedent for mathematical accommodations and later served as an initial base for the Institute.

From the exhibit's materials: "With a passion for the outdoors and physical labor, Veblen often brought colleagues with him on trips to the forest to chop wood and was very involved in the construction of the Veblens' Princeton residences on Battle Road and in Herrontown Woods."

The Veblen House in Herrontown Woods reflects these twin legacies, with its European touches and bucolic setting. 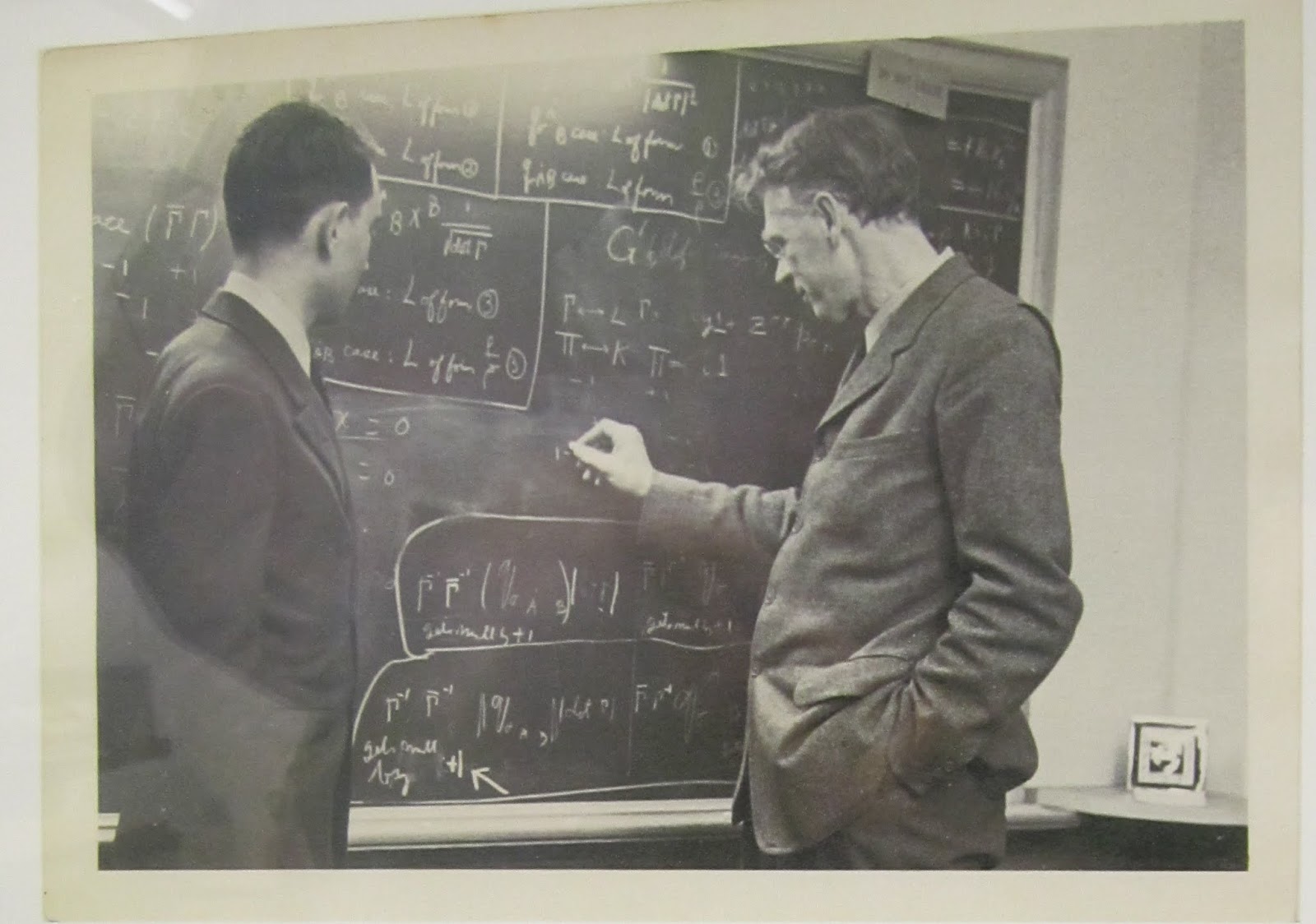 The influence of mathematicians on those who follow is actually tracked and, not surprisingly, quantified. As stated in the exhibit, "The Mathematics Genealogy Project credits Veblen with 8,495 descendants, a number that is especially impressive given that he served as the formal advisor to very few students after he moved to the Institute in 1932."

In another quote from the exhibit, "Essentially all of the (Institute's) early School of Mathematics Faculty--Albert Einstein, Hermann Weyl, James Alexander, von Neumann, Marston Morse -- derived from suggestions from Veblen.

The exhibit at the Institute continues at least through mid-April.
Posted by Steve Hiltner